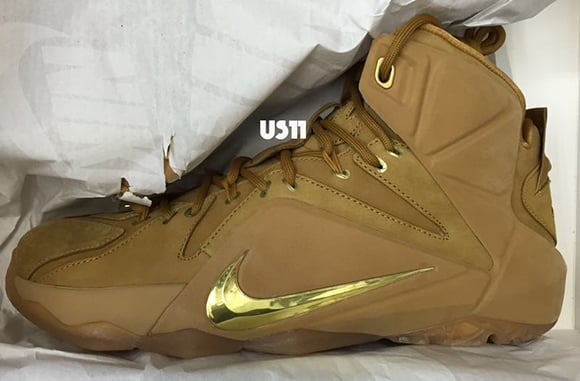 The Nike LeBron 12 EXT Wheat also known as ’12th Generation’ could be coming as early as next month. That was the rumor circulating but now an actual date is set that is sooner then most probably expected.

Back in 2004, LeBron James wore the Zoom Generation his first signature shoe. But during the time LBJ told Nike he could play in anything which included the reference towards a Timberland boot. Nike got creative like usual and made the Wheat Zoom Generation. He was expected to wear them during the Dunk contest, but as we all know didn’t happen. Instead he wore them during the Rookie Challenge.

Being LeBron’s 12th signature shoe, Nike will bring the wheat back to the LeBron 12 in the form of an EXT. While we do not know the retail price as of now, they are rumored to release on March 7th 2015. Do you plan on picking up the Wheat 12th Generation Nike LeBron 12 EXT?