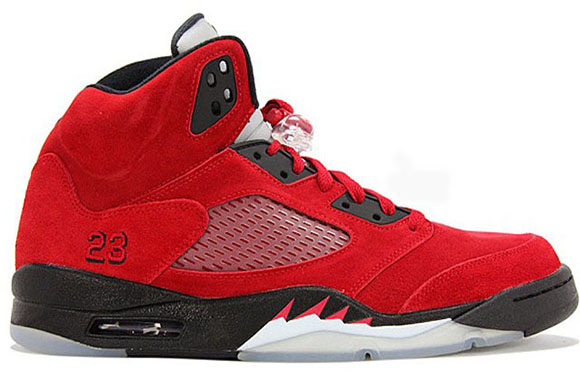 Do you remember the Air Jordan 5 Raging Bulls pack? Two pairs would release, a predominate red with suede and another using 3M uppers. Rumor has it a return is in the works for one pair in 2015.

The pair from the pack that is coming back is the red pair of Air Jordan 5s known as ‘Raging Bull’ which is the most sought after from the pack. We would expect them to be apart of the remastered collection and hope they keep everything the same.

The rumor, which is more truth since it came from BaltSneakerShow aka Dino Hatfield who always come through with early info.

Add another pair to the list of kicks you’re copping in 2015! More information and release date on the Raging Bull Air Jordan 5 re-release coming soon.