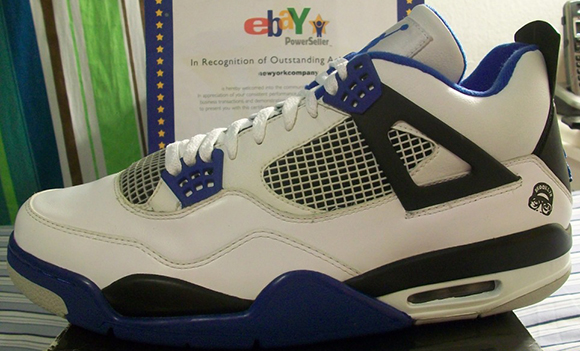 Do you remember when the Motorsports Air Jordan 4 released? Of course not because it never happened but sample pairs did hit Michael Jordan’s Motorsports team then would eventually find it in the hands of sneaker heads. It doesn’t come cheap to obtain a pair and if the rumor is true that Jordan Brand is going to release them in 2015, we feel bad for you although you have the original release.

Jordan Brand would release a pair of ‘Mars’ Air Jordan 4 that took on the look of the Fire Reds except for Mars Blakmon aka Spike Lee’s head on the heel from ‘“She’s Gotta Have It”. JB would swap the red for blue on the Motorsports 4s.

No release date as of yet because it’s just a rumor that seems will come true. If the ‘Motorsports’ Air Jordan 4 drops, will you be buying?