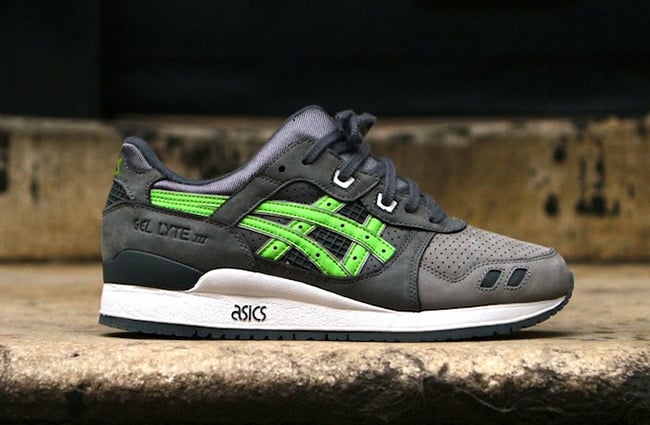 Founder of KITH, Ronnie Fieg has made an exciting announcement today. Celebrating the upcoming 5th anniversary of the KITH store, they will be release a few ‘Unicorns’, one being the Ronnie Fieg KITH Asics Gel Lyte III Super Green.

The ‘Super Green’ Asics Gel Lyte III was originally a charity auction back in 2013. Only 300 pairs were produced and given to Soles 4 Souls which was donated to the unfortunate victims in Haiti.

Following the ‘Super Green’ news, Fieg also announced that they will be releasing the Asics Gel Lyte 3.1, but after the release, would go away forever.

As of now, there isn’t any additional information for the Asics Gel Lyte III ‘Super Green’ release or Gel Lyte 3.1. However once we obtain more information, we will make sure to update you. Below you can check out the Tweets that Ronnie Fieg sent out today and let us know what you think of this upcoming release by hitting the comments section.

For the Kith 5 year anniversary, I'm dropping a few unicorns. We'll start with the Super Greens. Made in Japan.

Along with those Super Green Gel Lyte iii's, I'm releasing the 1st of 3 Gel Lyte 3.1's. After the three 3.1's release they go away forever.