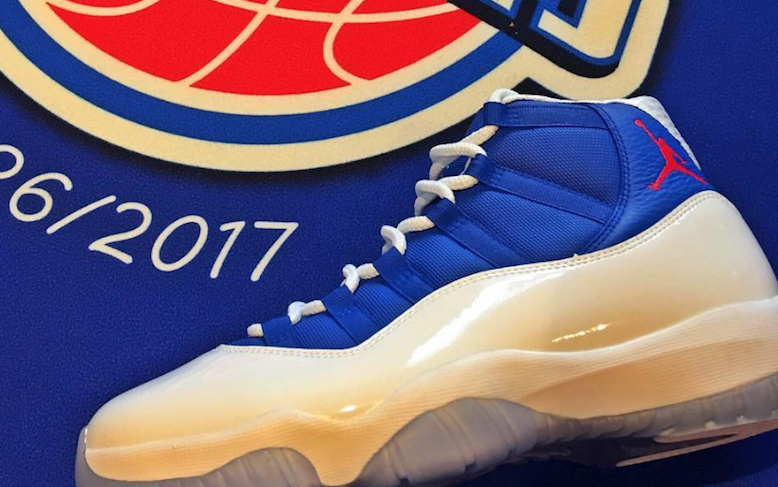 When you hear the name Richard “Rip” Hamilton, what comes to mind for most is the Detroit Pistons. He had an incredible season while he became an NBA Champion during the 2004 season.

For those that may not know, he is also a Jordan Brand team member who has received tons of player exclusives from the brand. Taking to social media, he recently shared his Air Jordan 11 Detroit Pistons PE. As you can see, this pair comes in a Pistons team color combination while using Blue across the mesh uppers and tumbled leather on the collar. Following we have White on the patent leather and midsole while Red hits the Jumpman branding. Finishing the look is an icy translucent outsole.

Currently it doesn’t look like this pair of Air Jordan 11s made for Rip Hamilton will actually release. However he did say that if he hits the power ball tonight, everyone will receive an exclusive Air Jordan 11. 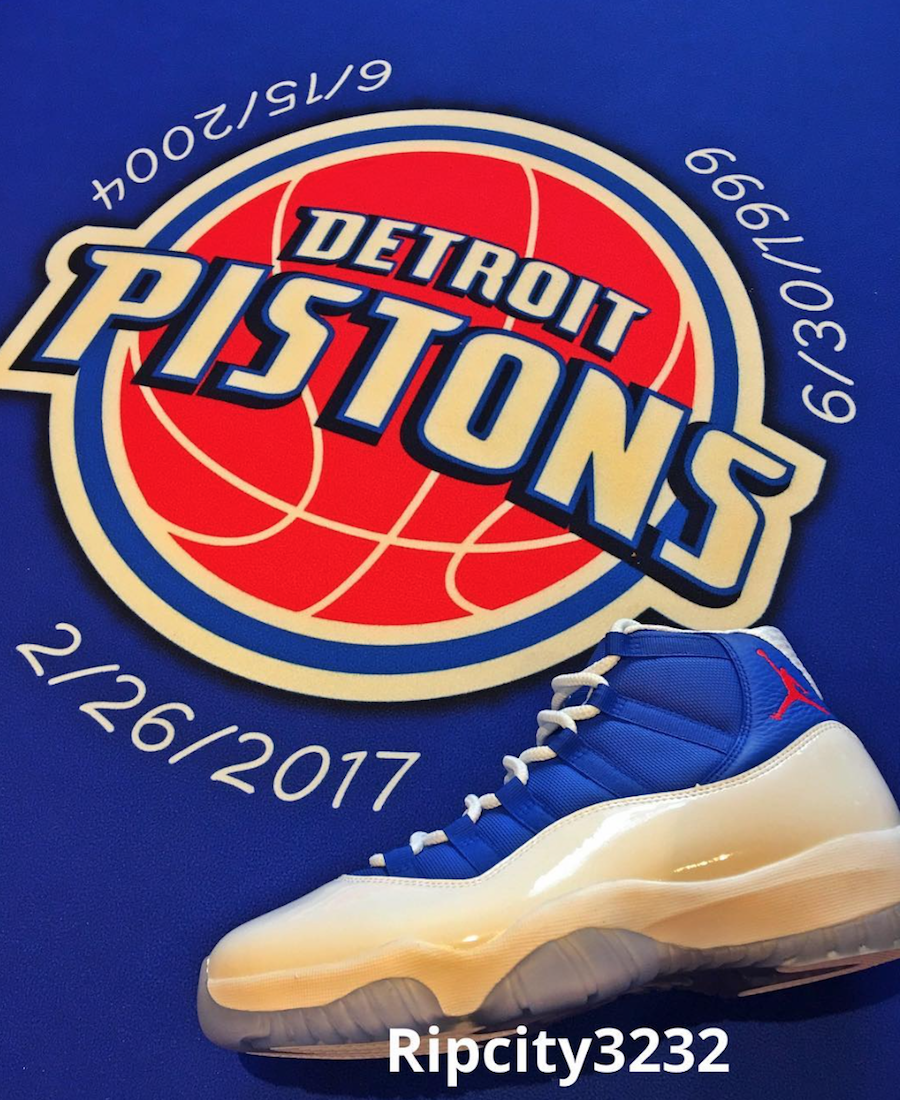