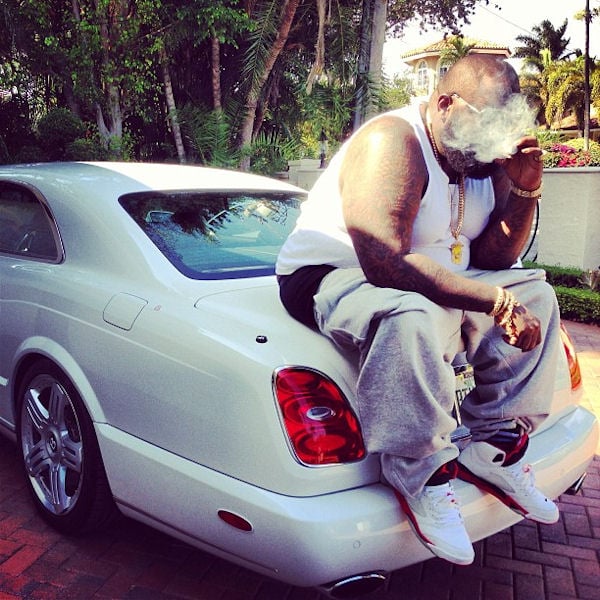 It’s been a week since the world learned that Reebok would end their partnership with Rick Ross after hearing about his involvement in Rocko’s single, “U.O.E.N.O”. As many are standing up against Ross’ lyrics that suggest “date rape”, others are curious to know how much Ross lost altogether in his endorsement deal with the sneaker company.

As sources hint that Rick Ross lost between $3-5 million, Ross has since apologized for his actions but may be feeling a bit betrayed by Reebok. Not only has Swizz Beatz been a major player in the success of reviving the brand, Rick Ross has too been a key influence in the rebirth of Reebok. Having promoted their products across all media outlets – which we can assume has generated millions in return for the company- does Ross have a case here? Does Reebok owe him corporate forgiveness? Or, do his actions rule out all possibilities? Should some (or all) rappers take more responsibility for their actions? What about the other songs out there that objectify women, promote drugs, violence, etc. What does this example really show us? Does Ross deserve another chance, perhaps with a sneaker brand? Let’s not forget about the power of hip-hop, and then again, let’s not forget about the women who may have been affected by his lyrics.

What are your thoughts on the situation? There are several questions here that deserve answers. Be mindful of the subject matter and let us know what you’re thinking in the comments below. Keep it here at Sneaker Files for more.