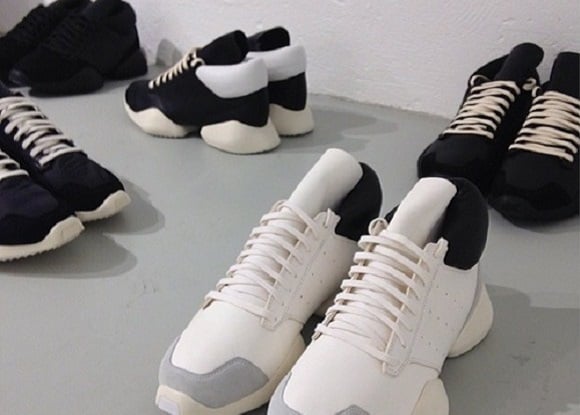 Looks like adidas gained some inspiration from recent collaborator A$AP Rocky, who dropped those lyrics in his early hit single “Peso”. Fresh off their collaboration with fashion designer Raf Simons, adidas has teamed up with avant garde designer (and A$AP favorite) Rick Owens, as we mentioned a few weeks ago. Today, we bring you a look at the first images of the fruits of this collaboration, a unique melding of high fashion and athletic gear.

Featuring a huge tongue and a chunky collar and sole, these shoes have a unique, futuristic look, while also staying in line with Owens’ aesthetic, featuring very simple and stark colorways on each sneaker. What originally seemed to be a unique square-lace system in the pics seen during Fashion Week now just appears to be a product of the way the shoes were laced, as the pic with multiple pairs shows the shoes laced in a traditional fashion. It will be interesting to see how well these shoes sell in the urban community, as the unique style of these sneakers doesn’t make these shoes particularly accessible to the normal person; but then, these probably weren’t made with the “normal person” in mind. The estimated $500 to $650 price tag will also add to the exclusivity of these kicks, so don’t expect to see these on a trip to your local shopping mall (unless you live in Beverly Hills, perhaps).

Do you think you’d be able to pull these off, or would you rather go barefoot than rock these joints? Hit the jump for a look at these kicks, set for a December release as part of Owens’ S/S 2014 collection, and give us your thoughts in the comments below! 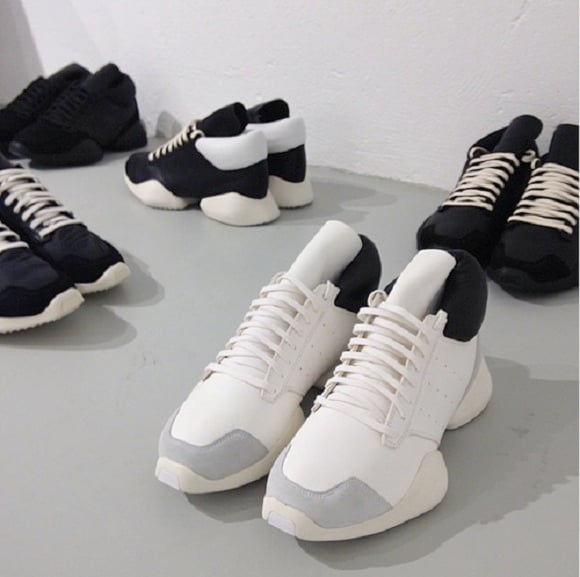 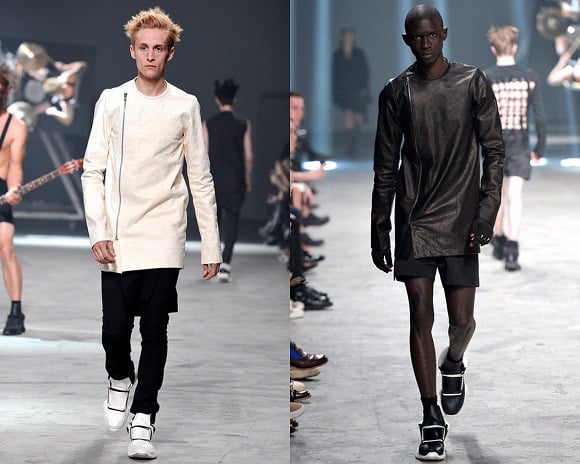 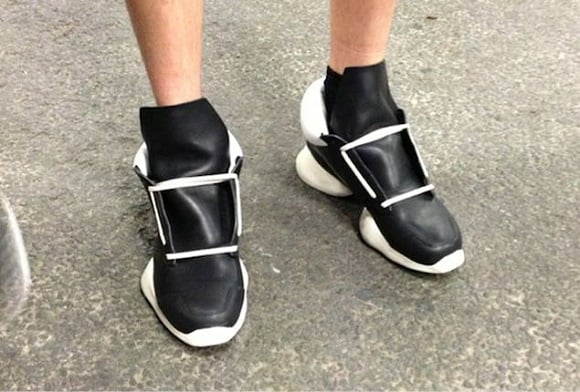 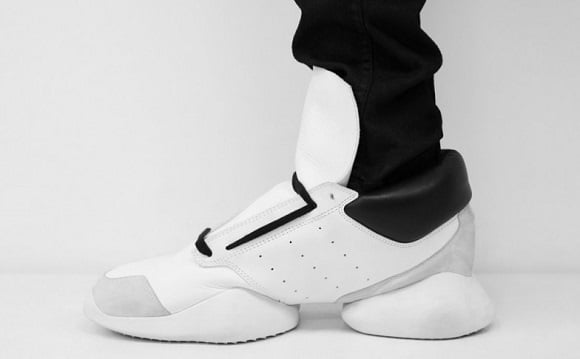