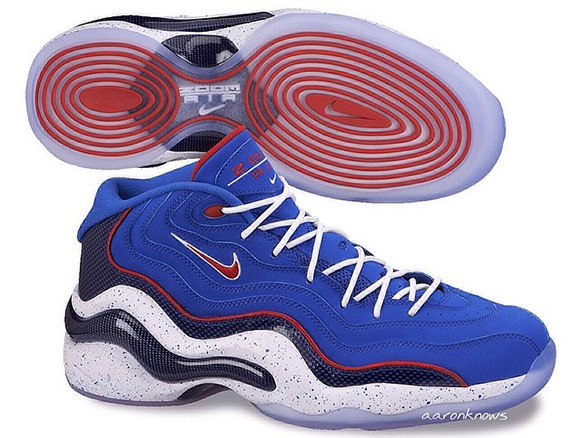 Say it isn’t so? Nike is planning a return for the beloved Zoom Flight 96.

Worn by Jason Kidd back in 1996 and Penny Hardaway during the Olympics, we have seen some re-issues throughout the year and it looks like we can expect more colorways to come.

The first Zoom Flight 96 to leak features a solid royal blue nubuck upper, carbon fiber in the middole of a speckled midsole, red on the pipping and branding to seal the deal we have an icy translucent sole.

No word on a release date or retail but we are expecting them to hit retailers this Summer, maybe Fall.