Released during the silver box era in July 2003, the Nike SB Dunk Low Heineken is thought to be an icon in the SB scene as well as a controversial sneaker. The sneakers are inspired by the popular beer brand, Heineken. Despite hitting store shelves 5 years ago, Heinken was not pleased with Nike when they used their signature colors of green, black, white and red and the red star with a white border. One of the reasons we chose to feature the Heineken SB Dunk Low is because it is one of the most sought after Dunks and has becoming harder and harder to find over the years. Today, you can find the Heineken Dunks around the internet and other outlets with prices hitting $400+. 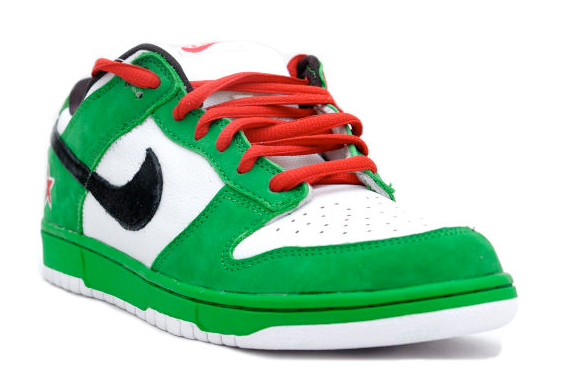 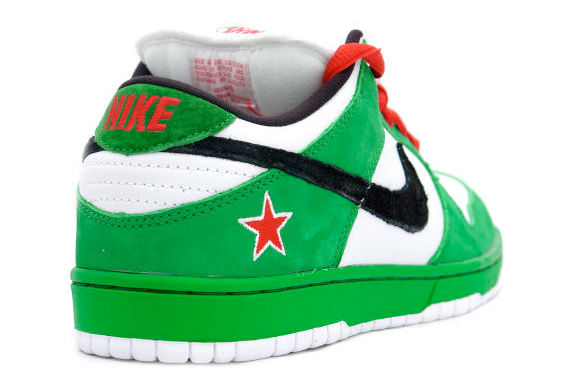 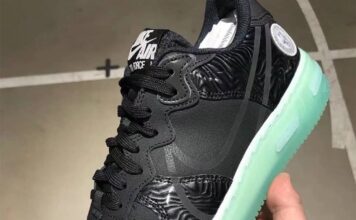