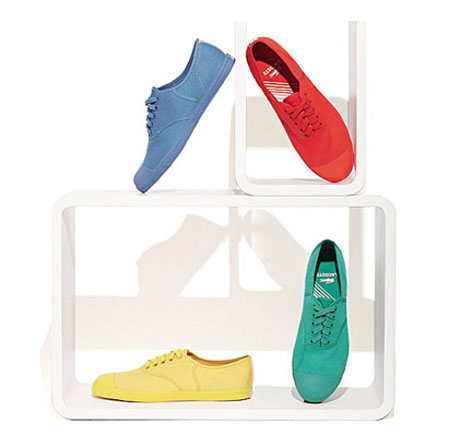 Lacoste celebrates their 75th anniversary with the release of a single colored based package consisting of six different sneakers named after the founder, Jean René Lacoste. Seen above is four of the six colors included in the package.

Less is more seems to be the reoccurring theme with sneaker companies, however it played out pretty well for a few of the competitors. Each sneaker will retail around $75. Via Popbee.