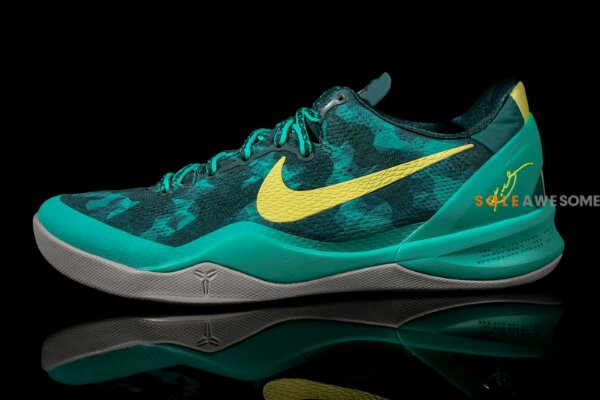 After we saw the Nike Kobe 8 System ‘Blue Camo’ last week, we are now featuring the Nike Kobe 8 System ‘Green Camo’ this week, which is known as ‘Supernatural’. This will be the first pair of Kobe’s that Finishline will be selling! Nike will be releasing two pairs of these, an enabled pair and a sports pack. These will be available tomorrow at 8am at select Nike Basketball accounts like Finishline and NikeStore.