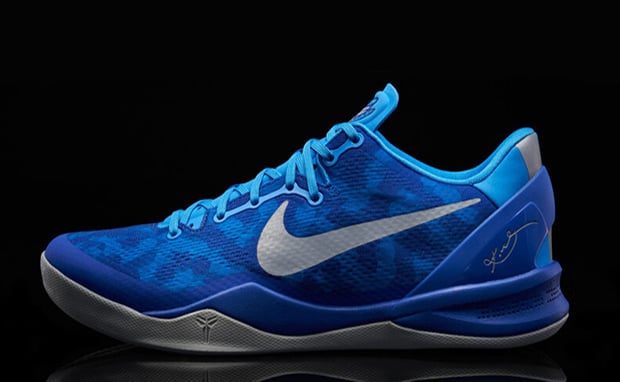 What once carried the nickname of “Hornets” – Kobe Bryant’s first team – the “Blue Camo” now has a release date and its right around the corner!

With a camouflage-inspired upper in an official blue glow, strata, grey, and game royal colorway, the Nike Kobe VIII (8) “Blue Camo” will release this weekend, Saturday, February 23rd with a price tag of $140.

Set your alarm and get ready for more Nike Kobe VIII (8) mania. Stick with Sneaker Files for more on this release.