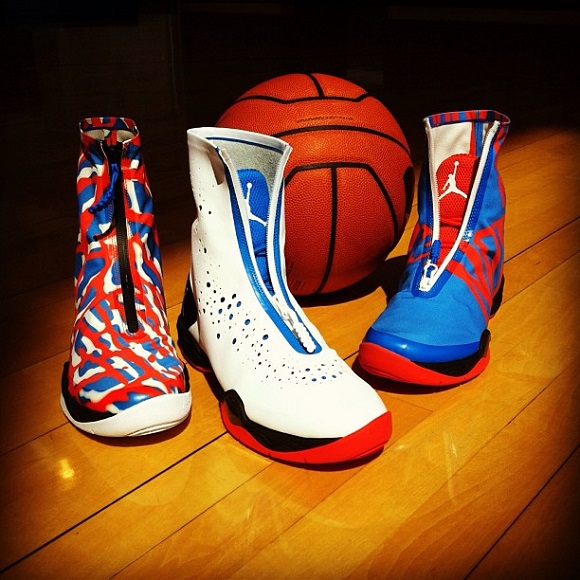 With Russell Westbrook’s Oklahoma Thunder getting bounced from the 2013 NBA Playoffs earlier than expected, fans of the OKC squad formerly known as the Sonics haven’t had much to celebrate… until now.

The three pairs in the series include the “White Perf”, “Thunder Camo”, and “Why Not?” Air Jordan XX8’s, each pair featuring a unique design on the bootie, one of the key features of the XX8. The “White Perf” version features a perforated white upper, as its name suggests, which sits atop a black and orange midsole/outsole combination; the “Thunder Camo” version features an enlarged print (similar to the Jordan Brand favorite elephant print) in white, blue, and orange, atop a black/white sole; the “Why Not?” pair features an all-blue upper with the words “Why Not?” emblazoned in orange on the sides of the bootie, beckoning to potential customers questioning whether or not they should cop one of these crazy kicks. Each pair shares two similarities (besides the Russell Westbrook connection) which tie the very-different designs together: a black midsole and a black carbon-fiber plate on the heel.

The Air Jordan XX8, like most of the Air Jordan signature shoes were upon their original release, is a very divisive shoe; you either hate it or love it. Is this a shoe you’re planning on copping, or something you wouldn’t wear if Russell Westbrook paid you? Let us know in the comments below, and hit the jump for some more pics, as well as information on these kicks, which can be picked up tomorrow morning at Nike.com. 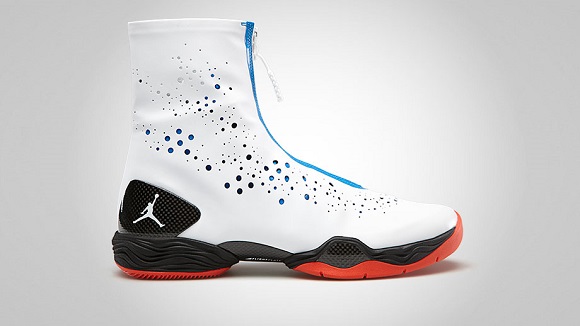 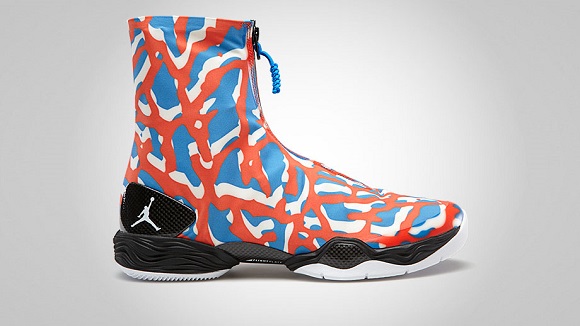 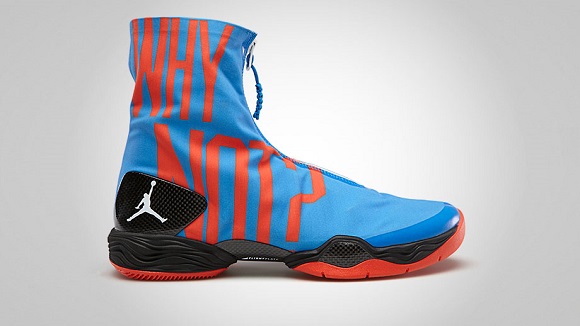