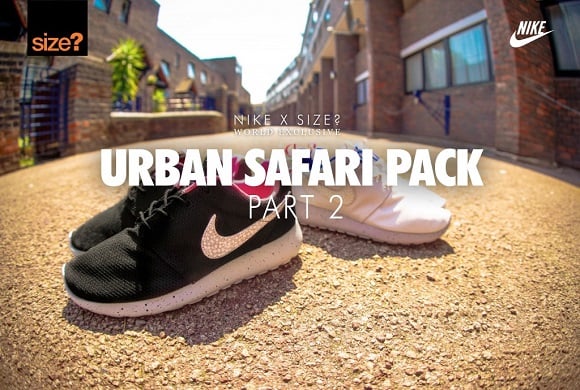 Right on the heels of dropping Part 1 of the extra-dope, ACG-inspired “Urban Safari” Pack (which featured 2 pairs each of the classic Air Max Light and more recent Nike Toki), UK sneaker giants size? previews the second round of the series, the size? x Nike “Urban Safari” Pack, Part 2.

Going with the same two colorways used on the first part of the “Urban Safari” set, size? throws the two colorways and their design cues on the uber-popular Nike Roshe Run, a shoe that has been blowing up as of late, due to the dope colorways that they’ve been putting out (the Nike Roshe Run FB “Yeezy” is an early favorite for Roshe of The Year – at least to the hype-mongers of the world), as well as an extremely popular Nike iD run earlier this year.

The Air Mowabb-inspired Roshe Run, set in a “sand/hyper blue/crimson” colorway, features a solid-tan mesh upper, accented with bright blue in the lining, while a crimson/blue heel tab adds some pop to the reserved upper; a safari-printed Swoosh and speckled tan sole finish off the job on the simpler pair of the bunch.

The Lava High-inspired pair, in a striking black/poison/pink colorway, utilizes a solid-black mesh upper, while a hot pink lining and a pink/fluorescent green pull tab adds enough flair to the affair to make an old man scream “Whooo!!!!” (all the old heads out there know what’s up…). Wrapping things up is a speckled grey sole unit and a grey safari-printed Swoosh on the side of the upper.

What do you think about this upcoming pack, set for release next week on June 14th at all size? locations, as well as online at 6am BST? Have a favorite? Fancy both? Hate sneakers and don’t know what the hell a “Roshe” even is? Let us know in the comments below, and hit the jump for a detailed look at this pair of kicks, as well as info on the release! 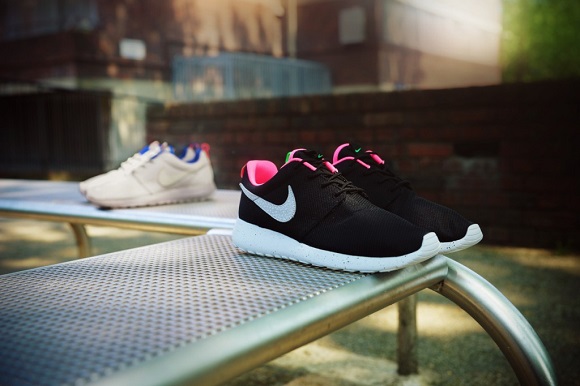 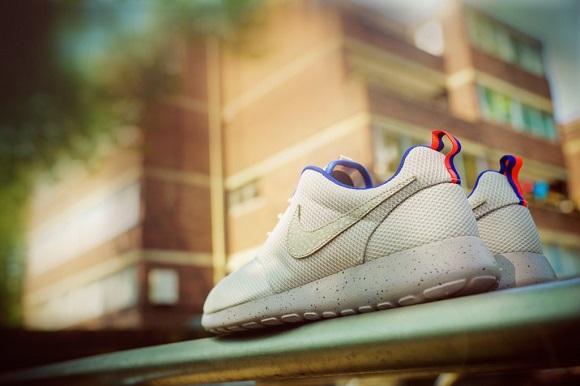 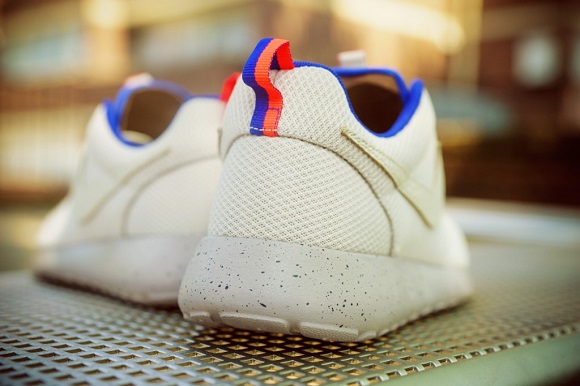 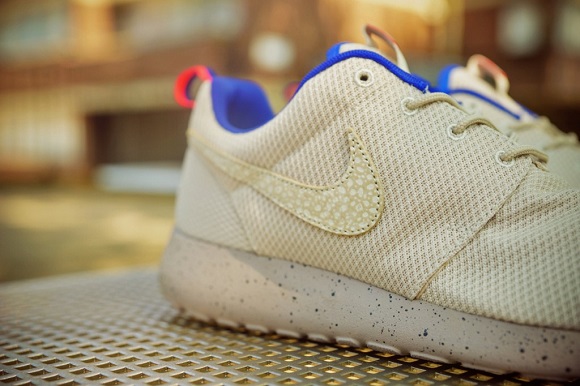 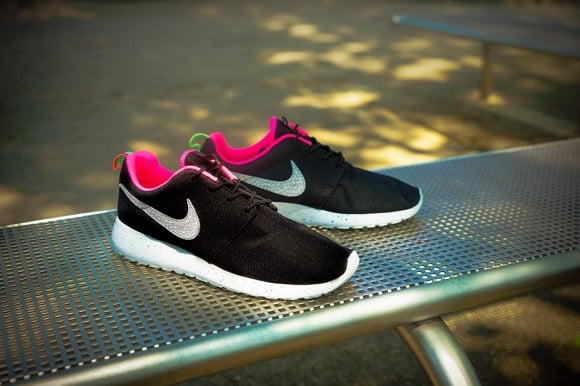 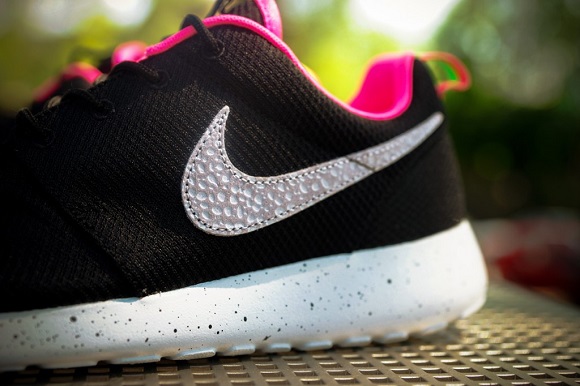 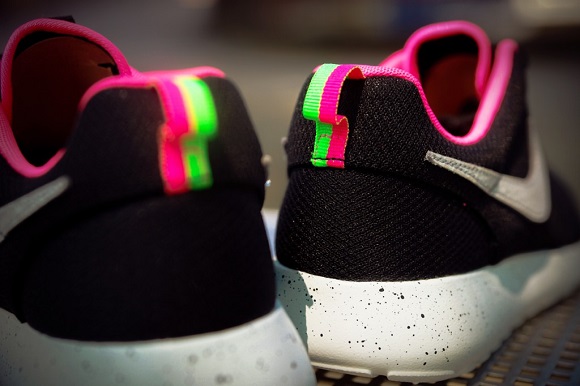