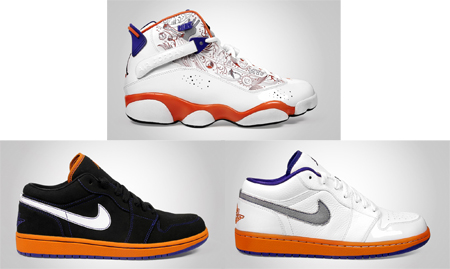 As we have all come to know by know, Jordan Brand has and will continue to release Championship Packs honoring each of Micheal Jordan’s six championship rings. This time, the focus is on the 1993 NBA Finals when MJ and his Chicago Bulls defeated the Phoenix Suns en route to Jordan’s third championship. Jordan Brand will be paying homage to that ’92-’93 season by releasing a pair of the Air Jordan Six Rings and two pairs of Air Jordan I (1) Low Phats inspired by the jerseys of the Suns. The Six Rings features a white leather base with orange lasering, an orange midsole, and purple accents. The first AJ1 Low Phat is nicknamed the “home” colorway and has a white base accented by a silver swoosh and an orange midsole. The final Air Jordan 1 Low Phat hosts a black base with purple stitching, an orange midsole, and a white swoosh. All three sneakers are set to drop tomorrow, February 28, 2009. 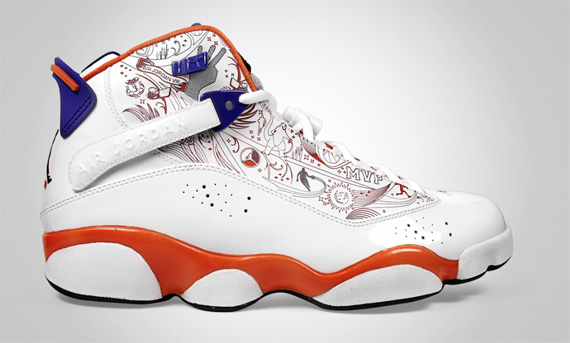 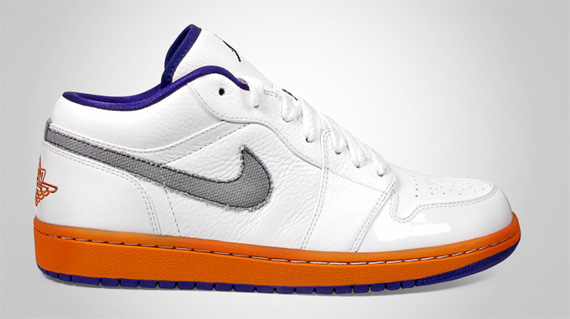 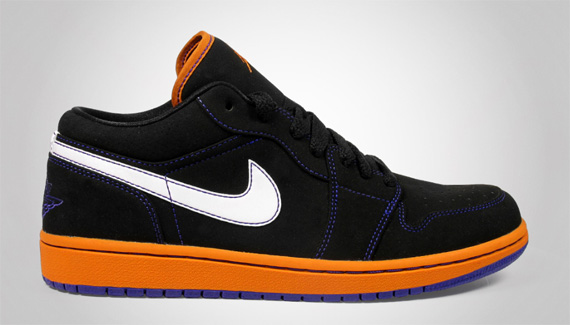