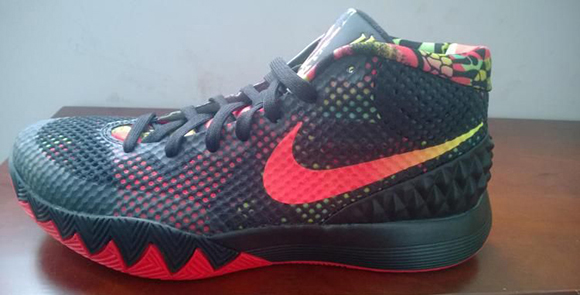 In sneaker news, Kyrie Irving has been flooding and killing it with his AF1s, Hyperdunks and even his new signature coming. Yes, it’s a real thing. Some debated it even when images of an unknown shoe started to circulate with his initials as the logo. Now we have three different pairs scheduled to release in 2015 and guess what? We have the release dates.

One of the models is the BHM, which we shared on a previous post as well as the LeBron 12 and KD 7. The other two models are known as Bright Crimson and Dark Emerald. The bright crimson Kyrie 1 we believe has leaked which the image is above. For the dark emerald, nothing has come to light as of yet. Same thing with the BHM.

You can see each release date below. Let us know if you plan on adding the Nike Kyrie 1 to your sneaker arsenal.