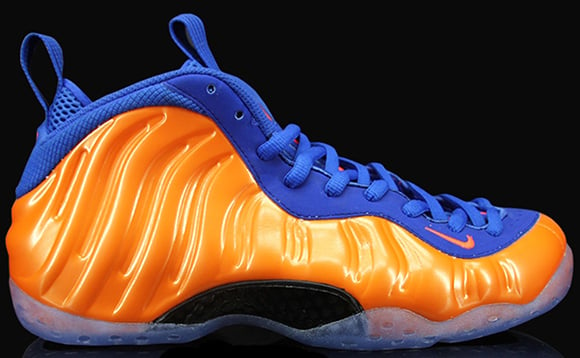 The NBA Season has tipped off on Tuesday and yesterday the Knicks squeezed by the Cav’s winning 95 to 90. Nike has had this Air Foamposite One in the works for sometime now and we have the release date.

Breaking down the ‘Knicks’ Nike Foamposite One which has a total crimson base with the Penny logos using the same shade. Game royal blue lands on the tongue, heel and around the eyelets. Finally we have small accents of black on the carbon fiber and sole.