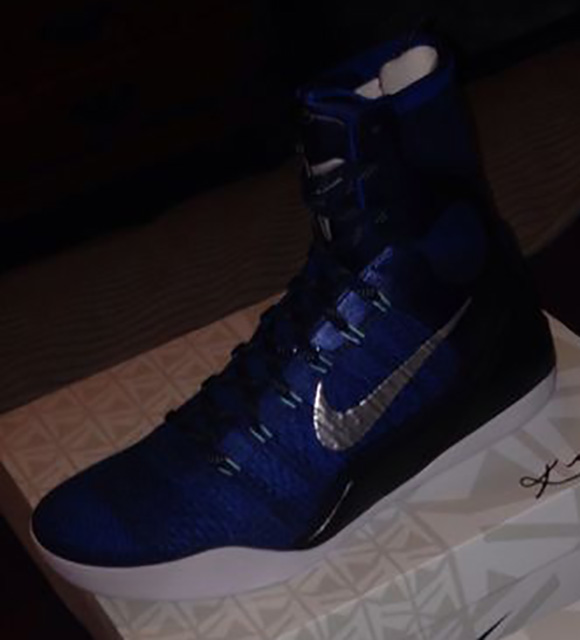 If you thought the Elite high version of the Nike Kobe 9 was over, think again. A few Kobe 9 Elites will release over the next month or so but the one we have an official release date for is known as Brave Blue.

As you can see from this image (not the best but all we have to work with for now) blue drenches the Kobe 9 but the main color used is brave blue which is why they received the nickname. Military blue and obsidian also lands on them while metallic silver is on the swoosh and Kobe logo.