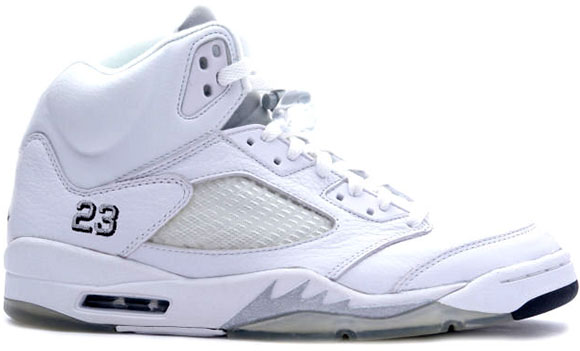 Do you remember the original release of the Air Jordan 5 White/Metallic Silver? They released in July of 2000. 15 years later Jordan Brand will once again bring them back and we have the release date.

The 2015 version of the Jordan 5 White Metallic is expected to look identical to the 2000 release. But we should note the images used are not the ’15 retro.

Release date is scheduled for April 5th 2015. At this time the retail price isn’t known, but could be increased. Are you happy that the white and metallic pair of Jordan 5s are coming back?