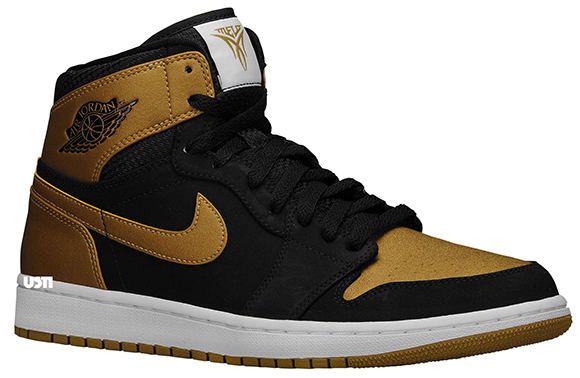 Following our coverage for the Jordan PE series that will have special Air Jordan 1s inspired by JB athletes, we have another image of Carmelo Anthony’s pair, known as the Melo. Furthermore we have the release date.

After just showing you CP3’s and dropping the release date, Melo’s pair is next. They take on a black upper with metallic gold hitting the toe box, collar, swoosh and Melo’s logo on the tongue. White is used on the midsole.