Probably the biggest and most sought after Reebok from the 1990s is the Reebok Kamikaze. This is where Swizz Beatz received inspiration for the new release. 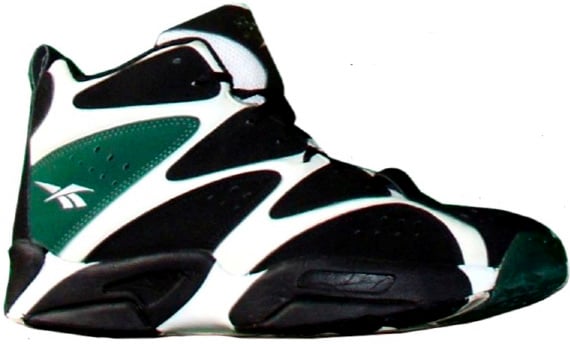 The first Reebok Kamikaze, worn by Shawn Kemp released in 1994. Reebok also had a line of clothing available. Reebok campaign behind the Kamikaze (1) was electric and as Shawn Kemp is immortal. For the sneakers, the 1994 Reebok Kamikaze has a rubber outsole, perforation by the heel, and a mix of leather and suede. The colorway most wanted is the Seattle Supersonics theme of white/black/green.