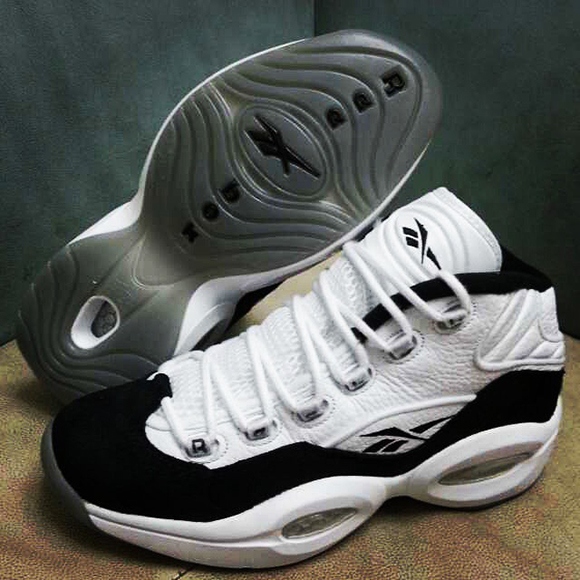 2015 is going to be a big year again for sneakers. As we have showed you multiple pairs from various brands its time for Reebok to get in on the fun with one of their most popular models, the Question.

New images have surfaced of the Reebok Question in white and black and we hate to say it but they do have a ‘concord’ look, except for the purple used. Maybe a better nickname will be tuxedo? Either way the Reebok Questions shown feature predominate white with leather and black hits the branding and above the midsole.

No word on a release date or when they will release in 2015, but what do you think of the Reebok Question White and Black? 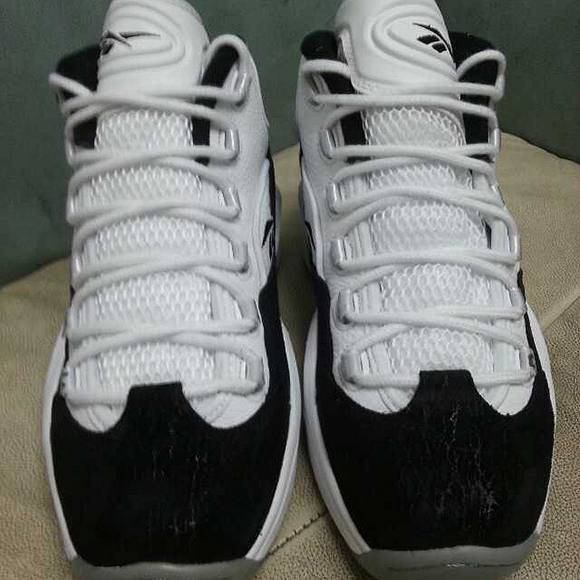 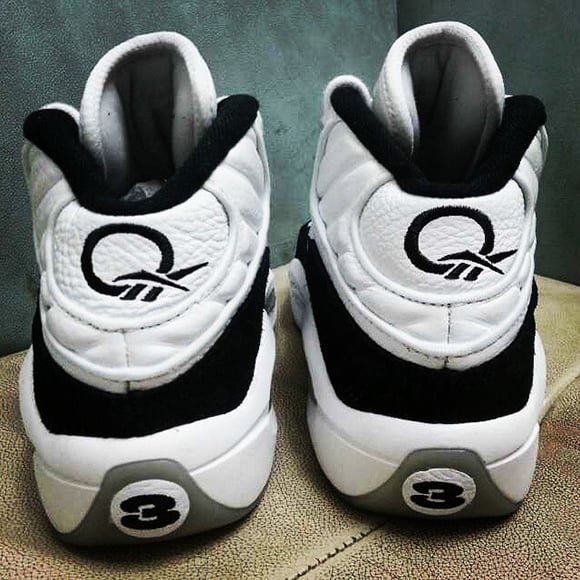