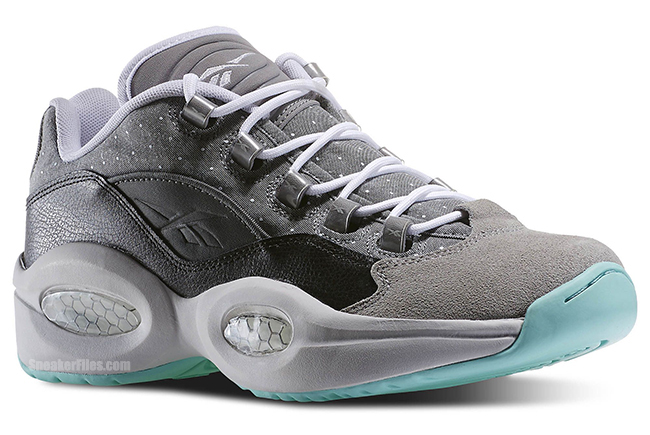 This month, the Question Low will return in a few colorways. The first landing overseas is the Reebok Question Low R13 Mint. Since there is a lot going on with this shoe, it is possible that they will have some sort of backstory, but that info is not available yet.

The various materials that went into this shoe is a bit different for Reebok. Using leather on the mudguard and heel, canvas wraps the uppers, suede is then placed on the toe box. Multiple tones of grey are spread throughout while white polka dots are featured on the tongue and canvas. Black hits the leather while a mint green lands on the outsole.

As stated above, the ‘R13 Mint’ Reebok Question Low is now available at select overseas retailers, one of them being Afew. They only have two sizes left, so if you’re interested better jump on them fast. 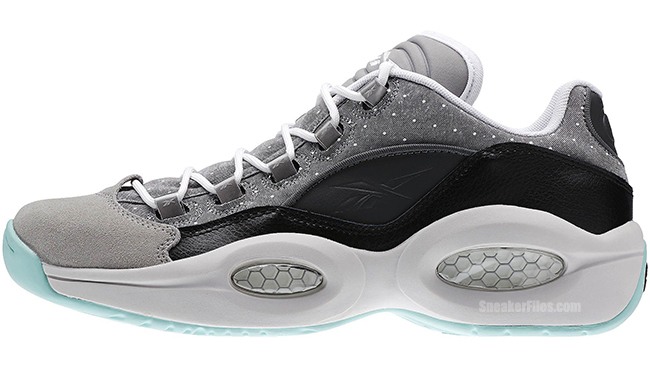 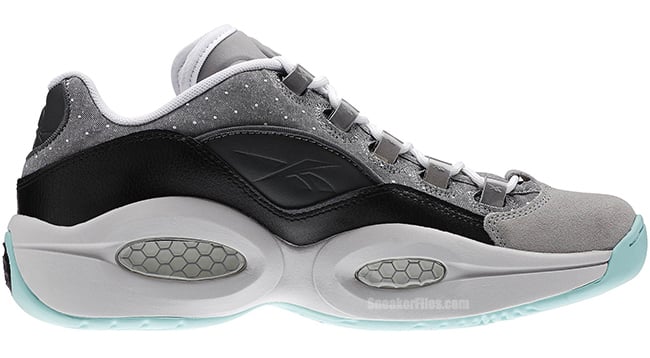 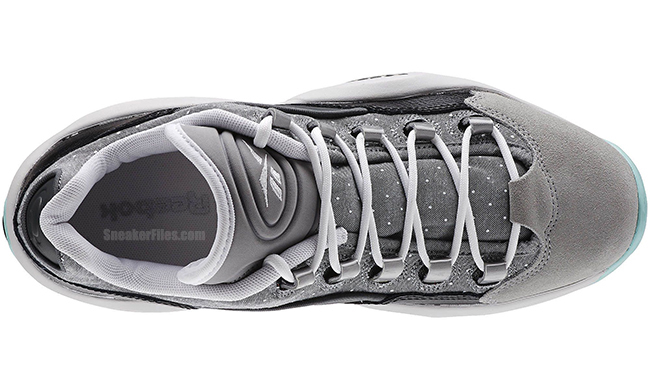 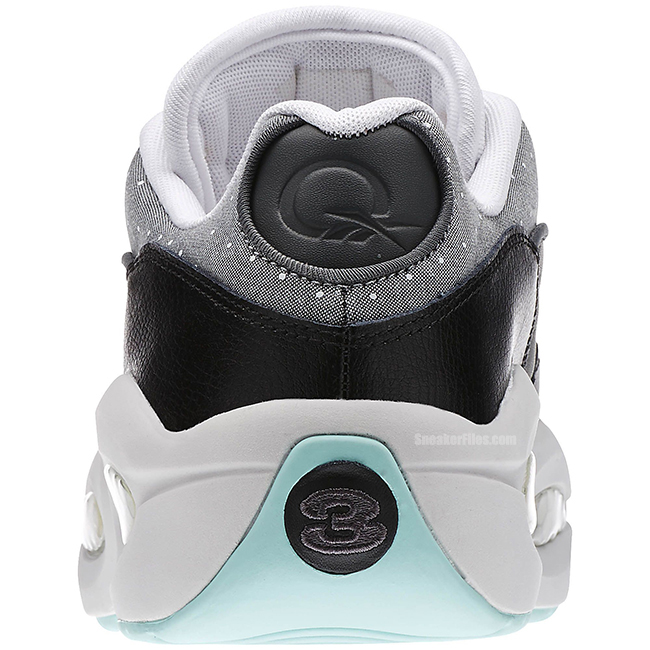 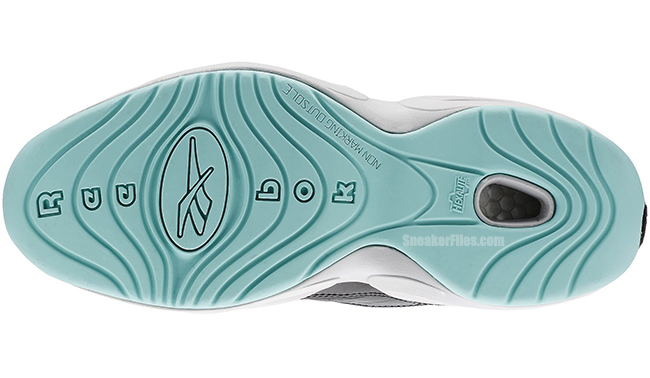