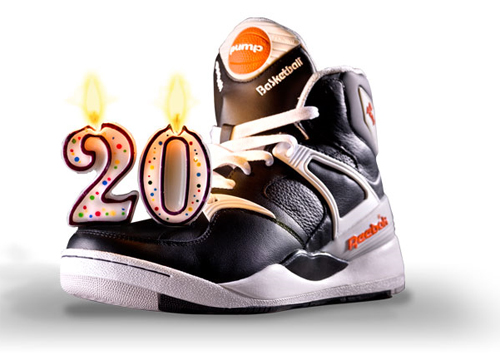 As you may have already heard, the iconic Reebok Pump system turns twenty this year, and in honor of reaching the two-decade landmark, Reebok has created an elaborate anniversary website, Pump20.com. Featuring a plethora of images, the site is spilt into three headings, ‘Timeline’, ‘Documentary’, and ‘Collaboration’. The ‘Timeline’ tab provides a visual history of Pump technology, as well as a brief explanation of how the system works. ‘Documentary’ displays a twenty-two minute film about the technology that includes interviews with Pump creator Paul Litchfield, and spokespersons Dee Brown and Michael Chang. With sixty second teasers hitting the site every week, the full documentary will be available to stream on November 20th. Last but not least is the ‘Collaboration’ tab. The page features a short video highlighting the works of some of the twenty global affiliate partners who have teamed up with Reebok to create their own version of a Pump model. We’ve already seen images of collaboration efforts with retailers like Solebox and Collete, but the collection in its entirety is set to release on November 20th. As you patiently await the design efforts of some of the most well known sneakershops in the world, head over to Pump20.com to see what all the commotion is about. Screenshots and link after the jump. 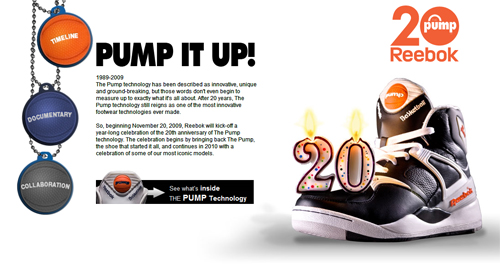 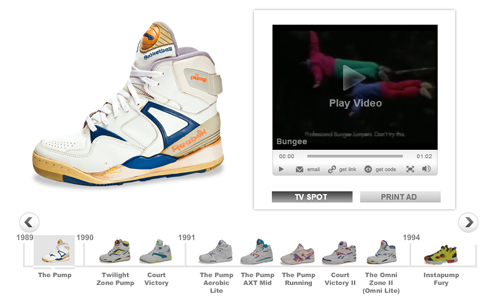 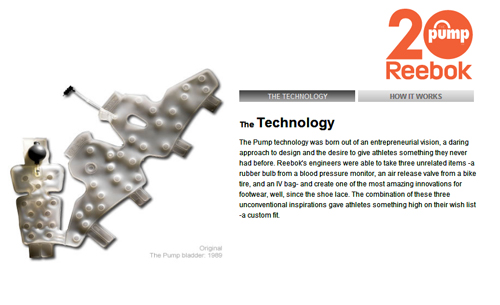