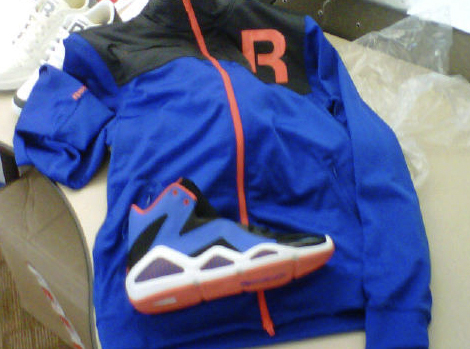 Swizz Beatz took to Twitter to share a new pair of the Reebok Kamikaze III known as the New York Knicks. Swizz was born in the Bronx, and as a fan of the Knicks, its only proper a Knicks themed Kamikaze III shows up. In an attempt to get Amare Stoudemire to sign with Reebok (his Nike contract is up), Swizz Beatz tweeted “Tell @amareisreal i got him set already look:) Lmao”.

The New York Knicks Reebok Kamikaze III features a white midsole, black and blue through the uppers, orange on the sole, eyelets, and sock liner and what appears to be a blue and orange mix in the Hexalite. As of now, no word if these will officially release, but as always stay tuned.