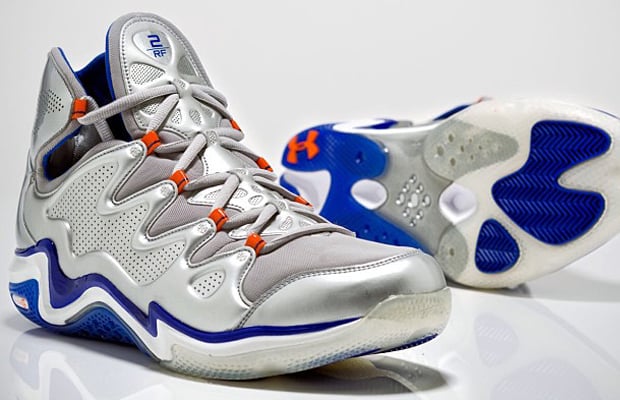 The Knicks are up 2-0 over the Boston Celtics in the Playoffs and some of that credit has to go to one of Knicks most influential players, Raymond Felton. While on court, catch him wearing his Under Armour Charge BB Low player exclusives. The player exlusive takes on an all silver upper with blue accents hitting the midsole, outsole, and lining. Orande accents are seen on the eyelets. Nothing is known of a public release but continue to check Sneaker Files for news if there is to be one, in the mean time keep watching Felton on the court to get a look. 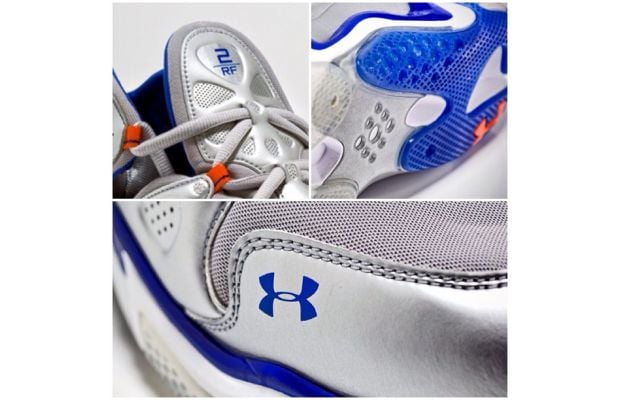