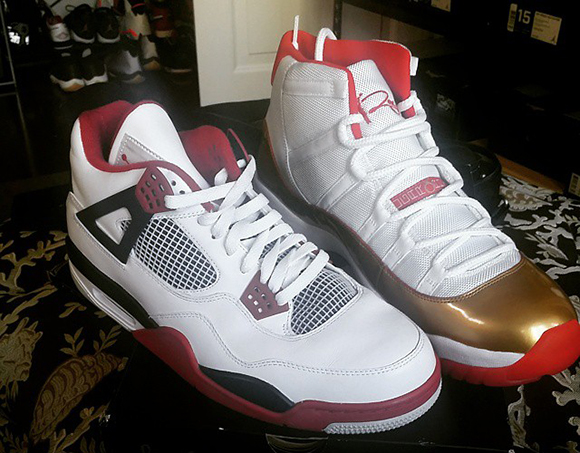 Ray Allen has had some down time since he is not playing at the moment, although it is rumored he may come back and play for Cleveland while other teams like the Warriors are after him. Digging through his closet, Ray Allen shows his two favorite Air Jordan’s of all time.

The shoes he shared are the Air Jordan 4 ‘Fire Red’ and the Air Jordan 11 ‘Ring Ceremony’. Jordan Brand made the AJ11 exclusively for Ray Allen to wear during the opening game of the 2013-14 when the Miami Heat received their second NBA championship ring.

What do you think of Ray Allen’s choices? Leave a comment and let us know your two favorite Jordan’s.