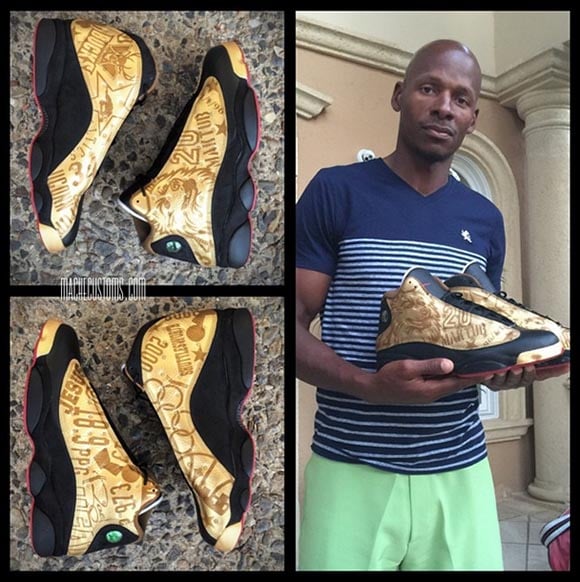 While Michael Jordan is the center of every Air Jordan, if their was a second man behind the 13s it would be Ray Allen. In the movie ‘He Got Game’, his father (played by Denzel Washington) wore the White/Black-Red colorway and a special PE was released for Ray when he claimed the title of most 3-pointers.

Allen has a lot of milestones in the NBA, and is currently not on a team which it looks like he is sitting the year out. Celebrating his achievements he has received a custom Air Jordan 13 that was created by Mache.

The customs feature a black and gold theme with illustrations of all his teams dating back to his college days as well as his achievements through his career.

Another job well done by Mache. You can check out a few more views below. 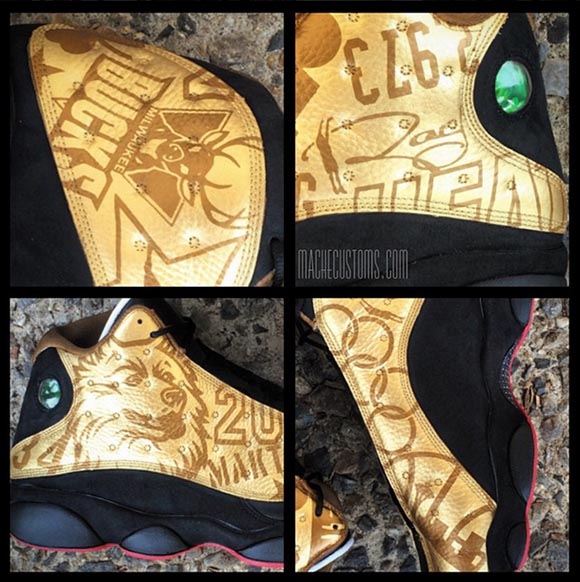