Ray Allen Air Jordan 14 PE That Has Never Been Seen

The Air Jordan 14 Ray Allen ‘2,561’ PE is a never before seen player exclusive designed for none other than Ray Allen. This particular pair pays homage to Allen becoming the NBA leader in 3-Pointers made. Passing Reggie Miller’s record of 2,560 on February 10th, 2011 against the Los Angeles Lakers.

Celebrating the 5 year anniversary of this NBA historical moment, PE collector that goes by the name of Dependable Jay on Instagram has showcased the shoes. Dressed in a Boston Celtics away theme, they feature a Black base along with accents of Green and Gold. In addition, on the tongue is Ray Allen’s record breaking numbers while the inside features his name.

Below is another image as well as a short video of the Air Jordan 14 2,561 PE for Ray Allen. We know most of you love the Jordan 13 PE that released, but do you think that Jordan Brand should have released this pair as well?

A crazy pair like this deserves a quick video with additional angles, enjoy!🦄 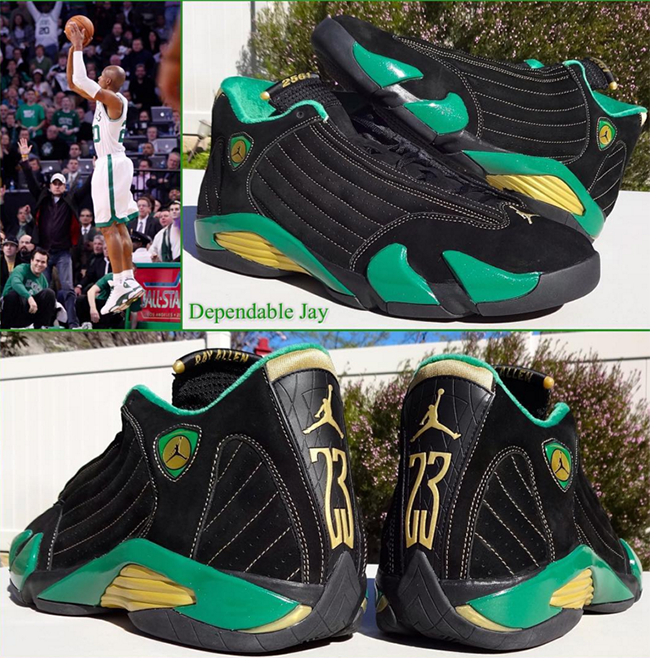