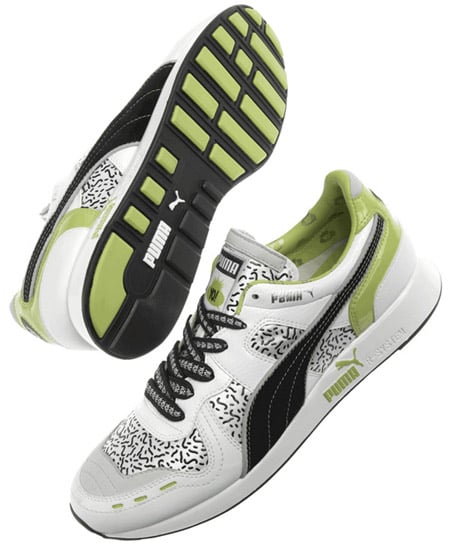 As we can see, the Puma YO! MTV Raps RS100 SP White – Black – Green contains a dominate White upper, with Black and Green hints. Also, the toe box and side panels have a cool Black squiggly design. Available Thursday May 15th 2008 (tomorrow). 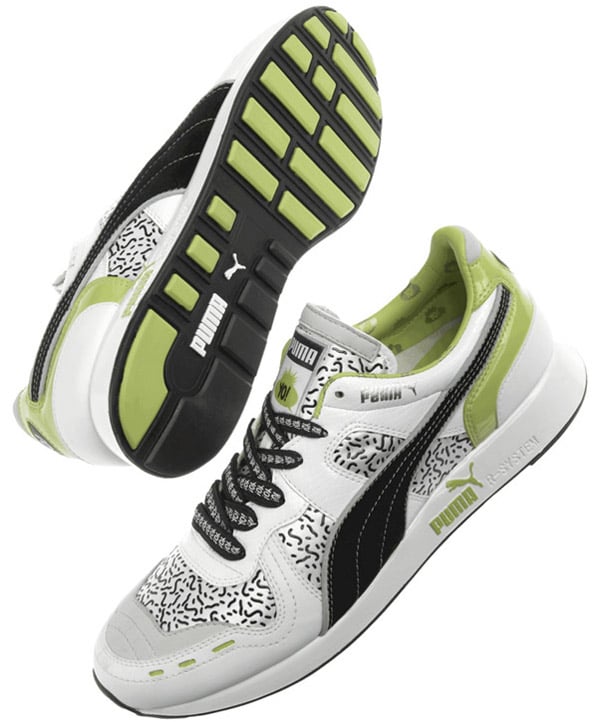