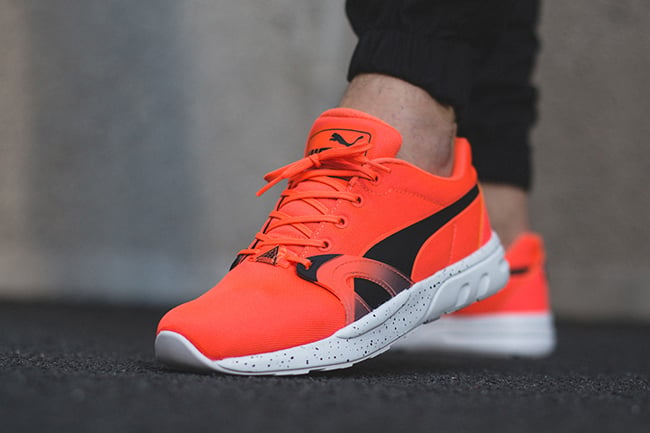 The vibrant Puma XT S Speckle gets dressed in Fluo Peach through the uppers which is probably short for fluorescent peach as they do have that vibe to them. Black gets used on the Puma branding and a few other areas while they come with a white midsole and black speckles.

For those that are wanting to get a size, the ‘Fluo Peach’ Puma XT S Speckle is now starting to show up to overseas retailers like Titolo which usually means that the States and other locations will have them shortly. A few more images of this pair being worn are posted below. 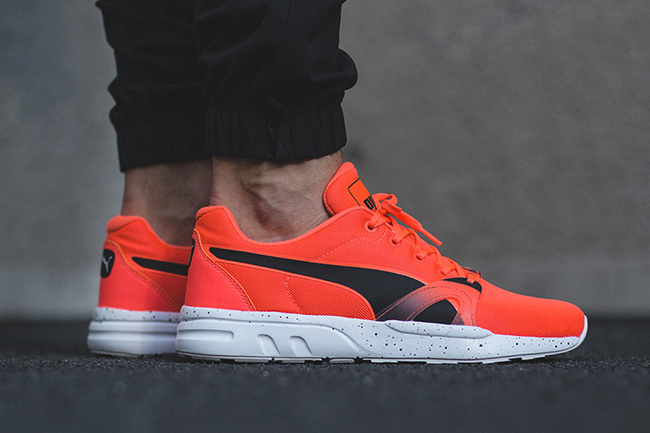 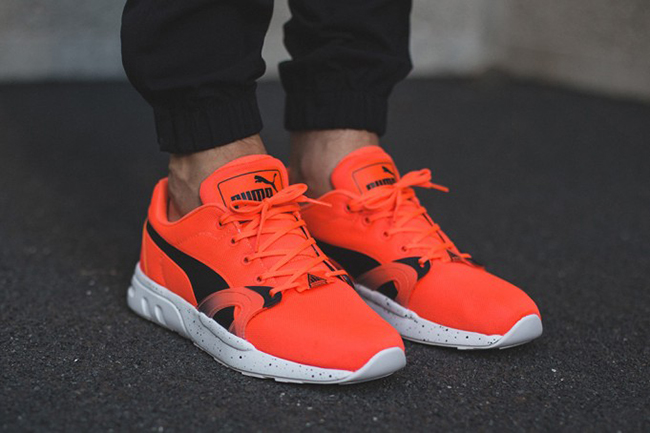