Puma teamed up with the sneaker store of Japan, Mita Sneakers, for this limited release on the Clyde. The design derives from our crazy money hungry society and the problems we face because of it. When Clyde was at the top of his game in the 1970’s he became a symbol of wealth to many, his wealth can be credited to his childhood dream of becoming a professional basketball player. Now we just all need to keep our dreams alive!

The Mita Clyde $1000 bill graphic pattern featuring Walt “Clyde” Frazier is executed in a high res digital print with gloss finish. Luxurious Supreme suede was used in the vamp and form stripe to offer a nice contrast to the clean finish of the $ bill print and pays tribute to the original suede Clyde. They can be found at Alife – NYC and Goods in Seattle starting April 21st. 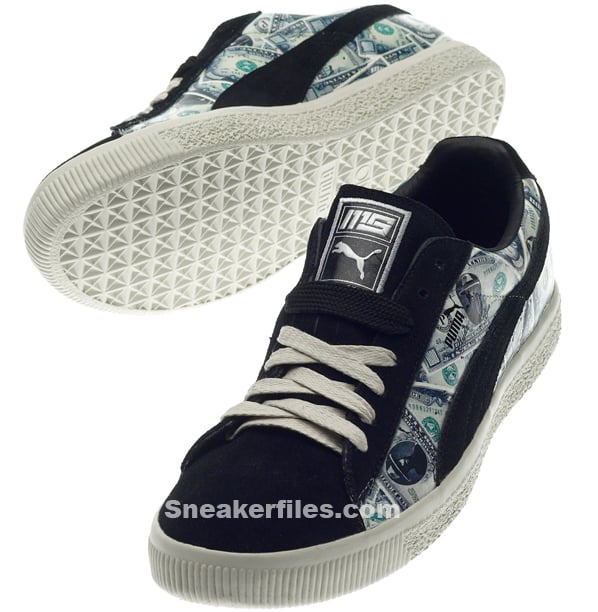 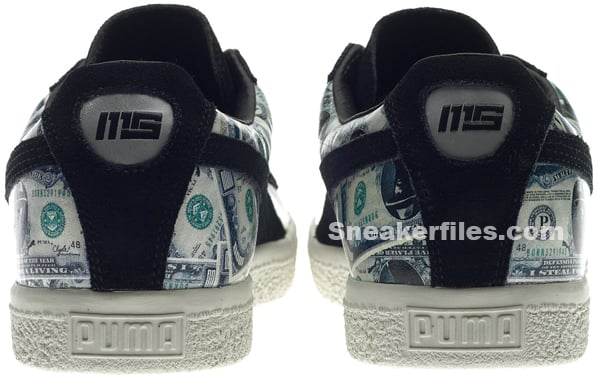 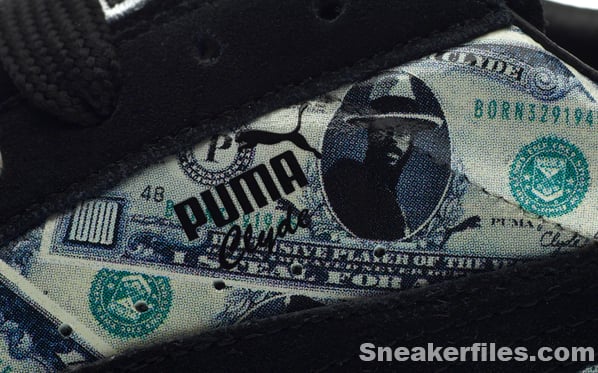 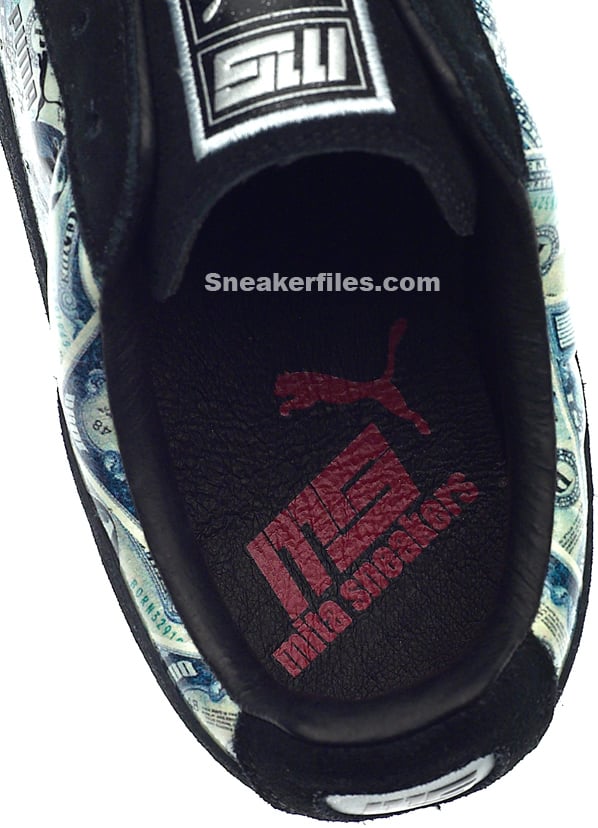 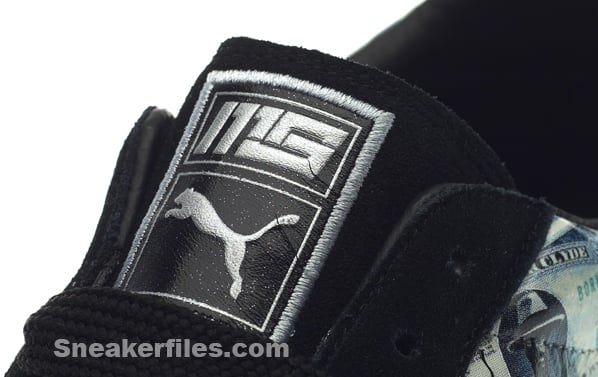