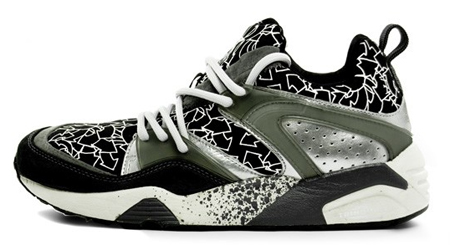 Here’s the latest from Puma, two Blaze of Glories and the First Round S. The Blaze of Glory is emerging as a favorite among Puma follower after releasing several interesting models including the ’68 Mexico City Olympics and two collaborations with Sneaker Freaker. This time around, two different models have been releasing including a black, silver and grey model which also consists of metallic silver paneling, white arrow designs and a splattered mid-sole.

The second Blaze of Glory is made up of a similar color combination consisting of black, grey, and pink. Furthermore, a similar arrow designs also appears on the sneaker, however it is featured in pink. To complete the trio of new releases is the Puma First Round S, a more traditional sneaker that lacks intricate patterns and reverts to the days of skateboarding in the 80’s. This First Round is made up of a blue suede upper along with acacia logo stripe and accents. All three are now available at Overkill. 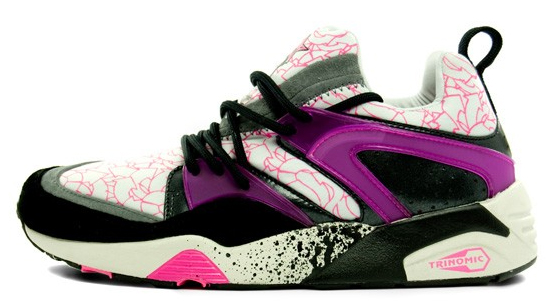 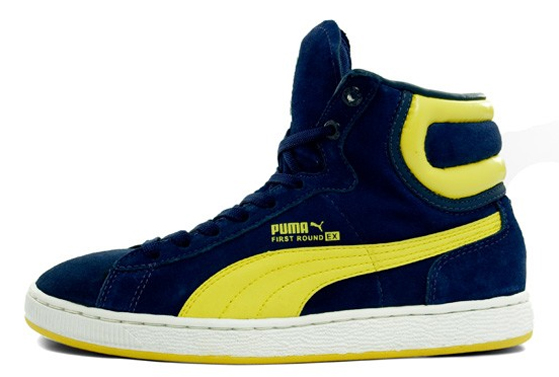