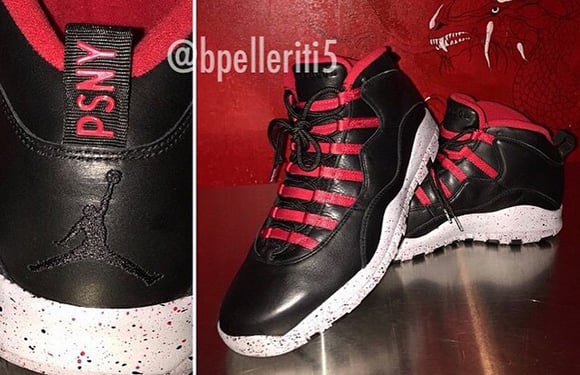 We know of at least two more Public School offerings in collaboration with Jordan Brand. Both are the Air Jordan 10 with one resembling the Bulls Over Broadway that recently released. According to sources the pair of AJ10s will release but we have some time before that happens.

Going over the PSNY x Air Jordan 10 shown, they use a premium black leather upper while red starts on the eyelets then continues across the tongue. The midsole is dipped in white while black speckles overlay, almost like the Oreos. The coolest part about the shoes would have to be the insoles since they have all of Public School’s achievements. Other PSNY branding is seen on the tongue and heel tab.

According to the source, the Black/Red-White Public School NY x Air Jordan 10 will release either during Fall or Winter of 2015. 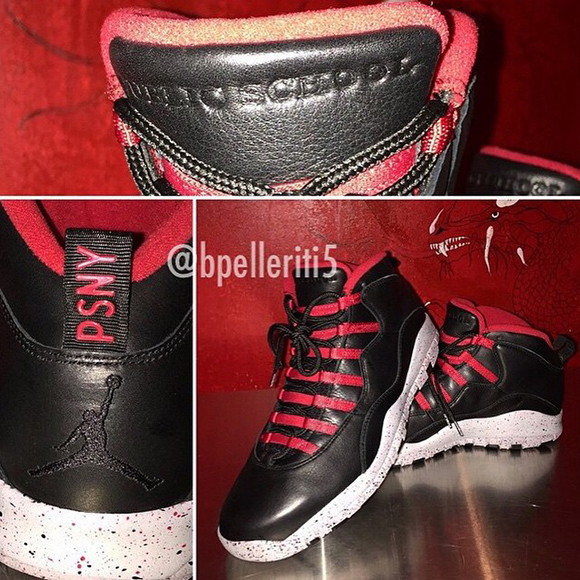 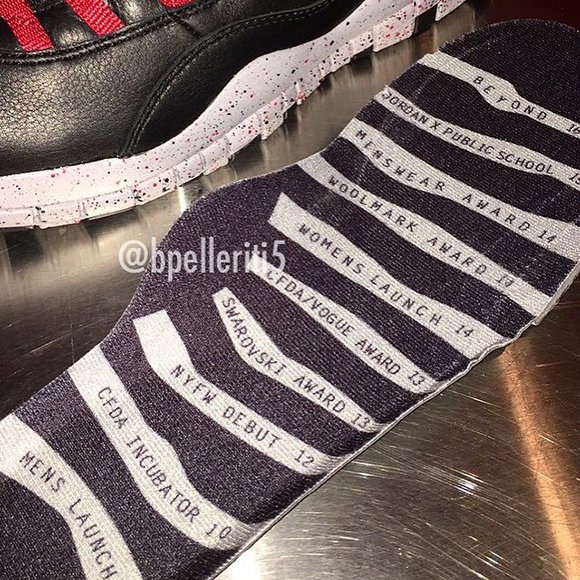