We all know Under Armour has quickly taken over a considerable share of sneakerheads and basketball players recently with its impressive lineup of sneakers. It looks like President Barack Obama is one of the many affected by Under Armour’s movement. Seen after playing at Fort McNair practice facility, President Obama carried his very own customized Under Armour sneakers with the USA Presidential Seal on the tongue. Brandon Jennings was pleased to show off the President’s sneaker of choice. Under Armour can check off “outfitting the President” on the checklist now. 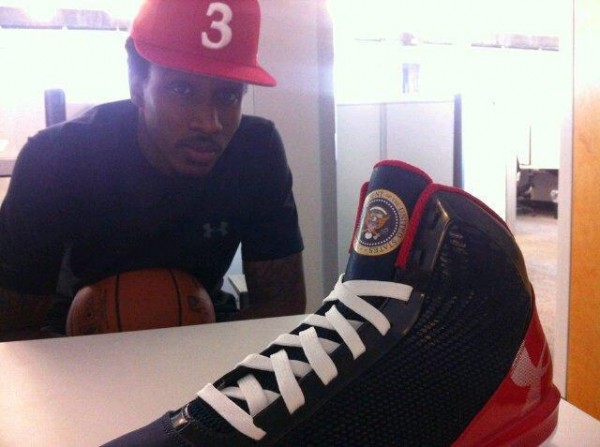