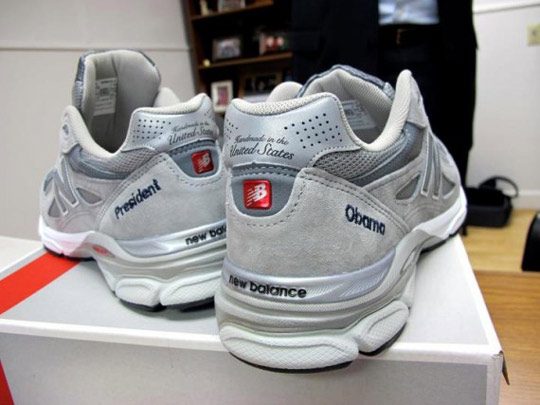 New Balance recently got together with U.S. Rep. Michael Michaud, D-2nd District to create a custom pair of Made in USA New Balance 990‘s for President Barack Obama that will be presented to him in an effort to “remind him that people in the U.S. still produce footwear” and  It is said that Michaud “will also urge Obama to require the military to buy American-made athletic footwear.”

With that said, let us remind you that President Obama is no newcomer to receiving hot kicks fresh off the press. Do you remember earlier this year when he received his very own Air Jordan “Bordeaux” Spiz’ike Box Set from filmmaker and friend, Spike Lee? Well, now he’s due to soon get his hands on the grey colored New Balance 990 that features custom “President Obama” stitching in navy blue around the heel, a soft premium suede and mesh upper, and comes as a nice gesture to help out the troops and increase job production in the state of Maine.

Check out President Obama’s custom Made In USA New Balance 990’s and as always, keep it here with SneakerFiles for all the latest in sneaker news. 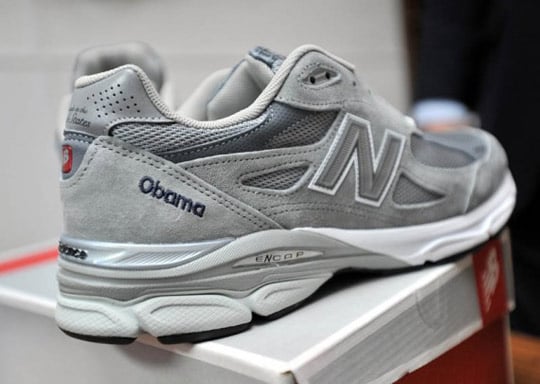