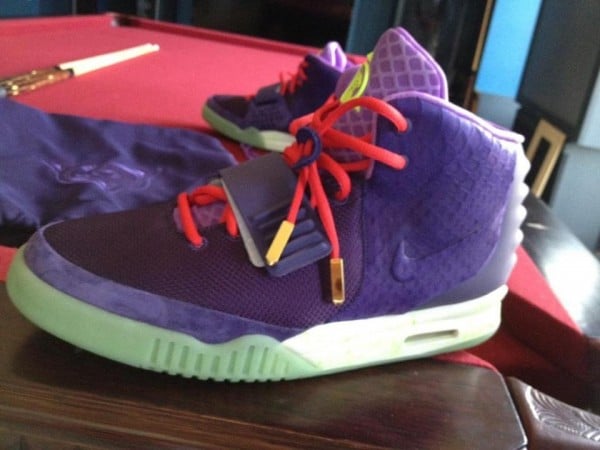 Could the Black Mamba and Kanye West have a special version of the Air Yeezy 2 cooked up? This picture would appear to confirm the idea.

Decked out in purple, the kicks closely resemble the “Cheetah” Kobe VII that the Black Mamba rocked on Christmas Day, 2011 – the opening day of the lockout-shortened NBA season. It’s no secret that Kobe and Kanye are good friends, with Kanye appearing in a number of Kobe’s marketing campaigns for Nike, including the “KobeSystem” and “The Black Mamba”, so this could be yet another collab between the two.

Said to be Kobe’s own personal pair and possibly a one-of-one, checkout the pic and stay tuned for more looks/info. 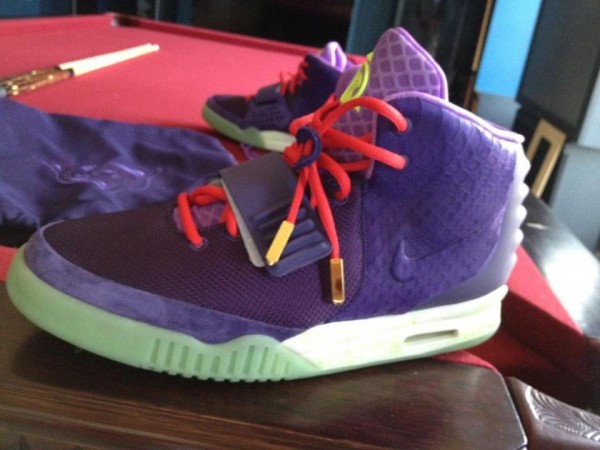