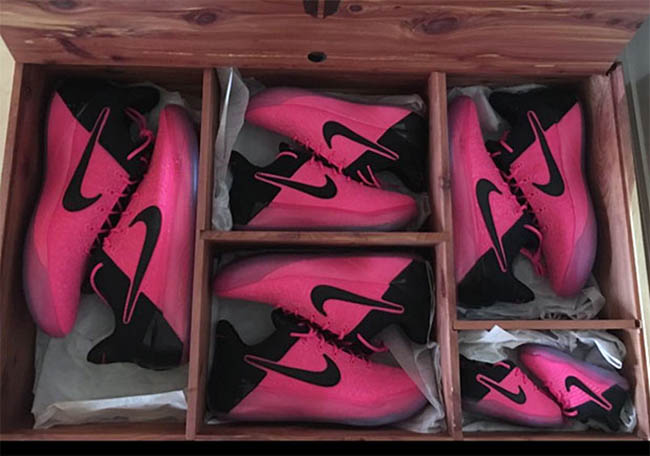 This Nike Kobe AD comes dressed in a Pink and Black color combination which resembles that of the ‘Think Pink’ theme. Across the base and part of the midsole is the use of Pink while Black lands on the Nike Swoosh, tongue and around the heel. Completing the look is a translucent outsole. Each pair also comes in a special wooden box.

At the time of writing, it isn’t known of the Nike Kobe AD in Pink and Black will eventually release, but once we have more information, we will make sure to update you. Let us know in the comments section if Nike Basketball should release them.