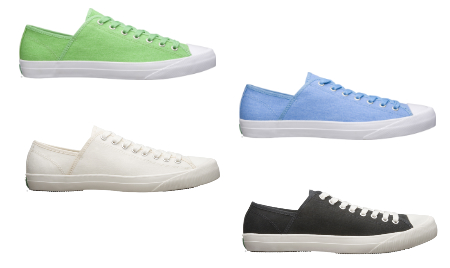 In late March ’10, we brought you news that PF Flyers was re-releasing the Sumfun High, and we are now receiving word that the low-top version of the same Sumfun silhouette will also be making its way to retailers this season. The Sumfun Low, which originally released in 1947, is set to drop in five new colorways: sky blue, kelly green, navy, natural, and black. All four styles host tonal uppers with a white midsole and are built on an authentic Posture Foundation insole. The PF Flyers Sumfun Low will release at Zappos.com in Spring 2010.