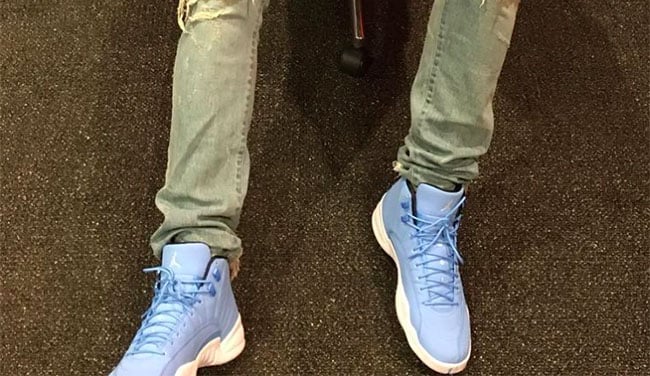 Jimmy Butler, who is a fan of the Denver Broncos was excited to see his team making it to Super Bowl 50. In a photo that just popped up, it shows the Chicago Bulls shooting guard wearing the Air Jordan 12 ‘Pantone’ along with a Demaryius Thomas jersey.

As you probably know, the ‘Pantone’ Air Jordan 12 was a Sample and never released to the public. This image, along with the large amount of Jordan 12s set to release this year could point to the ‘Pantone’ making a general release. However there is no indication of this happening so we don’t want to jump to conclusions.

If Jordan Brand does decide to release the Air Jordan 12 ‘Pantone’, you can expect us to unveil the first look and all the photos. For now, you can see the full image below and let us know if you think Jordan Brand should release them. 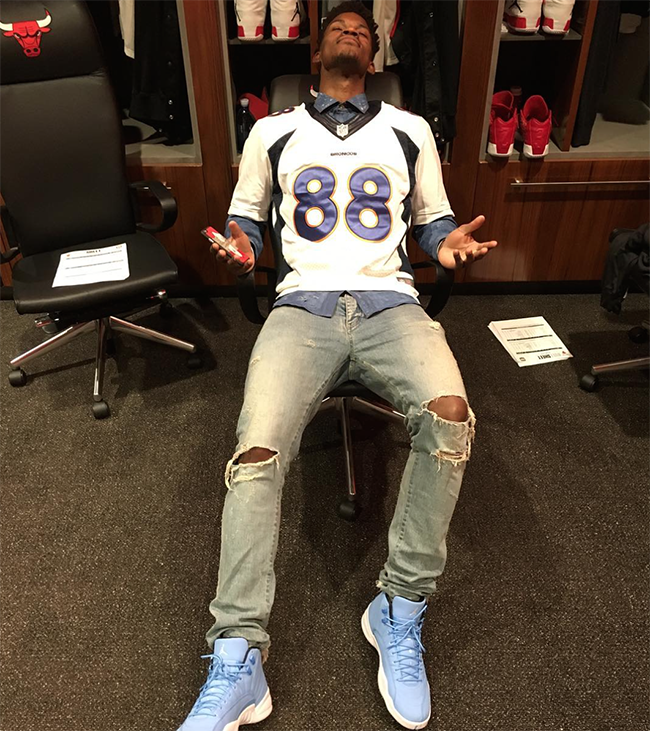