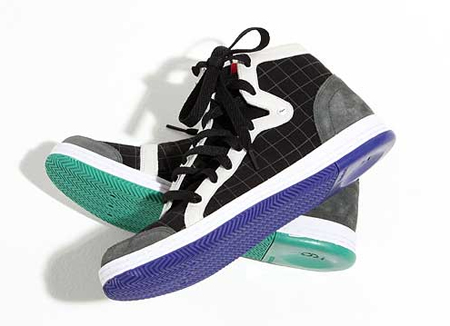 For those following Nike back in 2003 may remember the controversial Orchard Street Dunk Highs that were hung on light poles and only a few pairs of the 24 in existence hitting New York stores. Orchard Street is back in the footwear scene this time linking with Reebok to produce the Re-Up Lux. The Re-Up Lux doesn’t have the Orchard Street logo as prominently displayed on the Dunk High, but it does consist of a black upper with a grid pattern and hints of grey suede on the toe and heel. In addition, different colored soles make up this Re-Up Lux. Expect to see the Re-Up Lux released shortly. Via New York Times.