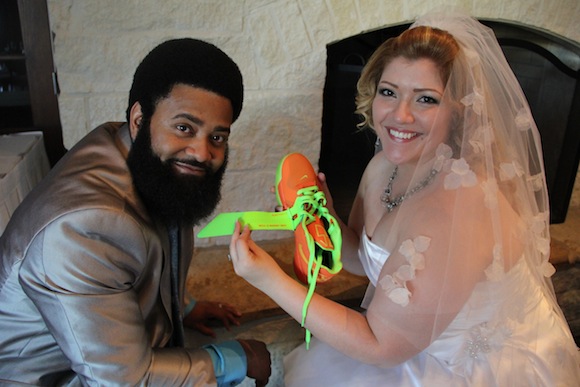 As I hopped on the SneakerFile twitter to start talking to the File fam, I stumbled onto a mention captioning “She Said YES!” via image. I clicked the link and there popped up a picture of this loving couple. After taking a look at the image, I needed more. Not really more of the images but more of the story. So I emailed Kevin(@Stuntastic210) and we had a nice long discussion regarding his unique proposal to his new wife, Sherry(@Pink_Doh_Nuts).

Believing in love at first sight is rare, especially nowadays. But that is how it all went down for Kevin.

I was at Ojos Locos [Sports Cantina] alone tweeting about the place when my friend hit me up and said he was gonna come through with some friends. When they arrived he asked me to join ’em, but I didn’t want to impose. After some convincing I eventually headed over, but my then girlfriend at the time hadn’t arrived yet. When she did, I had no idea we’d be married 2 years later. So when April came through for SneaksUp I decided to talk to the organizers to pull off a one of a kind proposal. Norm, Joesuff, Nick and the rest of the SneaksUp crew members were all in it to help me out. So we devised a plan to have her win a raffle that featured the KD4 ID that had the words ‘Will You Marry’ Me on the strap. She was completely clueless as to what was going on and had no idea which hand to put the ring on when I proposed. I’ve been collecting kicks for quite some time and even though she had no idea about sneaker culture I’m glad I was able to find someone to embrace my passion for sneakers as well.

To pass down a passion to someone else in a loving matter like this is something special. That is basically what many of us sneakerheads try to accomplish daily: passing down the knowledge and love for the sneaker game.

The wedding took place at Hilton on July 27th, 2013. The extras at the wedding had a theme of white and blue, which also matched the cake. The cake design was the same cake that Homer Simpson from The Simpsons gave to Marg on their wedding day—amazing. Such a small detail like that really makes it memorable. Kevin had a nice rotation consisting of the Nike iD KD IV, Nike iD KD V, some stylish dress shoes, Lebron X Hazelnut, and the NYC Run Free Marathon Limited Woven throughout the whole wedding event. The KD IV iD is, let alone, one of the nicest KD iDs I have seen. Pretty sure it was so good that Kevin Durant could have used the same colorway on his new KD VI series.

You know that feeling when taking a look at pictures and seeing a couple and immediately thinking to yourself, “Wow they are actually really happy together”? That is exactly what I see when I look at the photos of Kevin and Sherry together. A beautiful proposal deserves a beautiful wedding, making for a beautiful story. It also deserves a fat rock for the lucky lady—so gentlemen take notes.

Congratulations to the both of you from the SneakerFiles family. We wish you the best and the best of luck in the coming future. It is a pleasure to us for partaking in your loving story. Much love to both, stay happy! 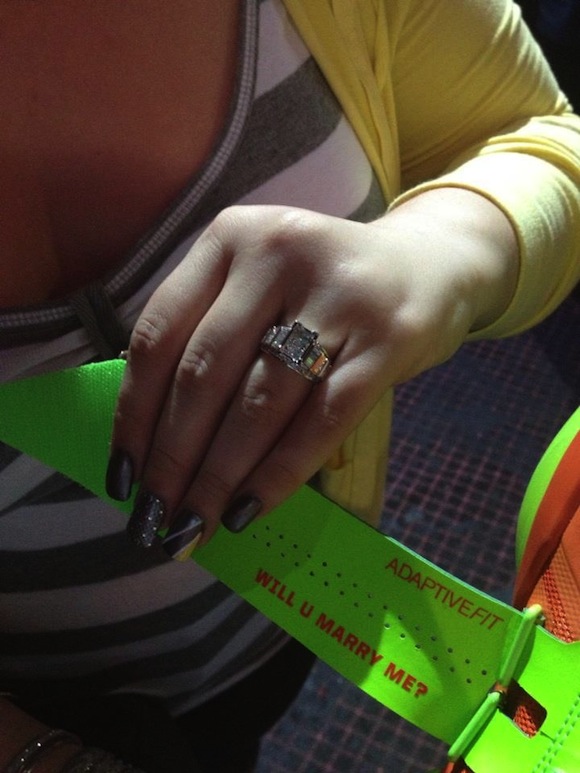 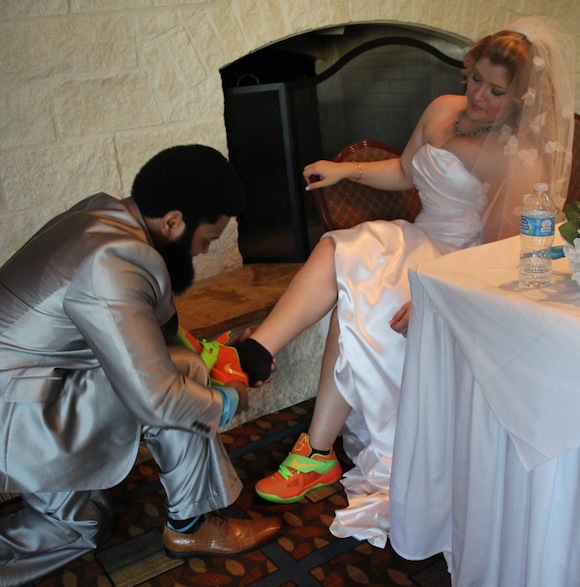 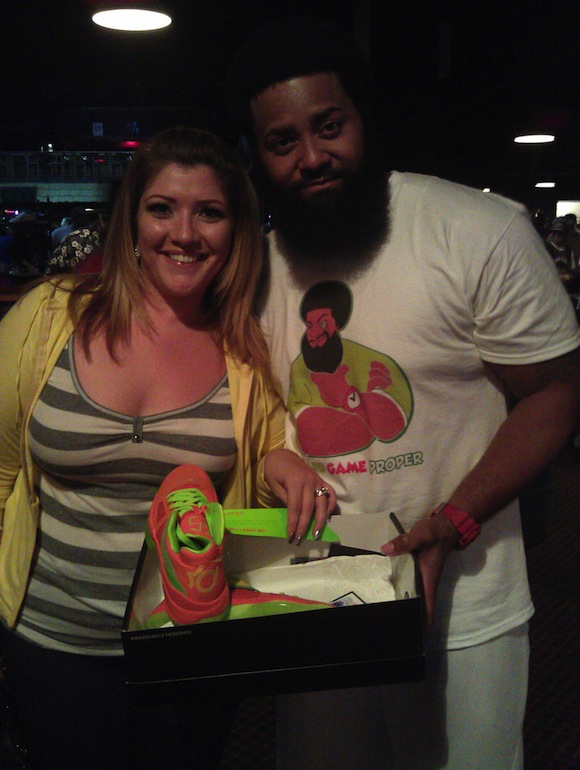 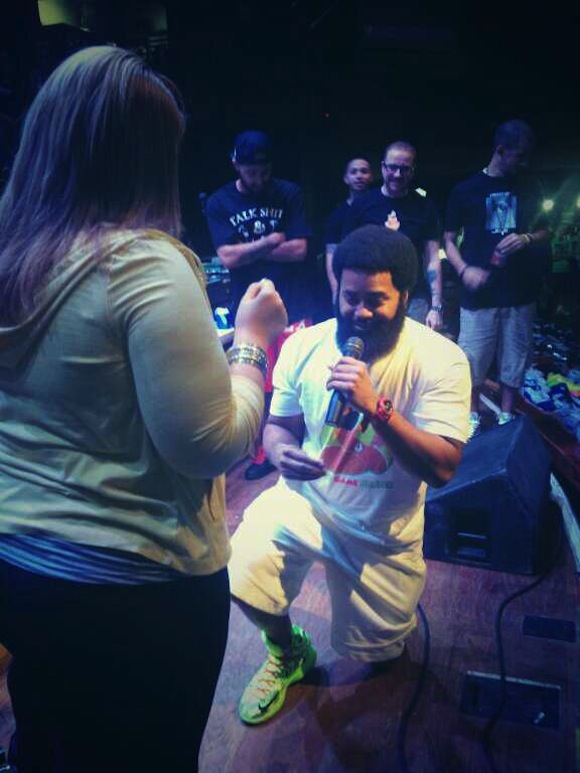 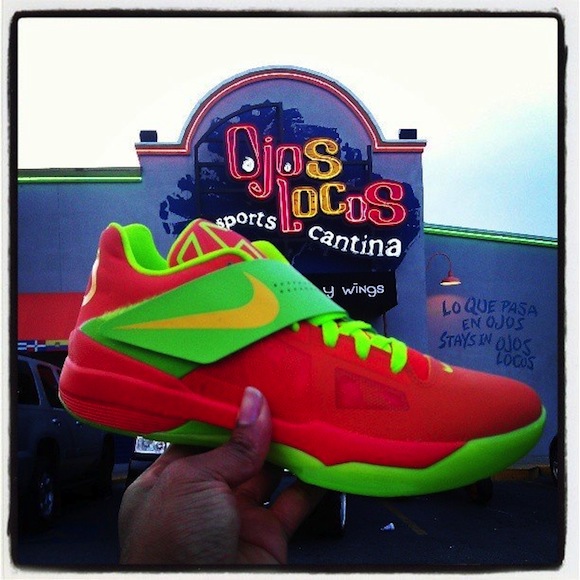 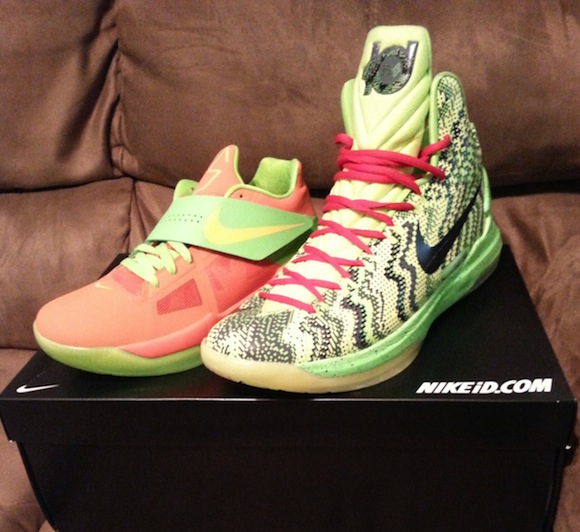 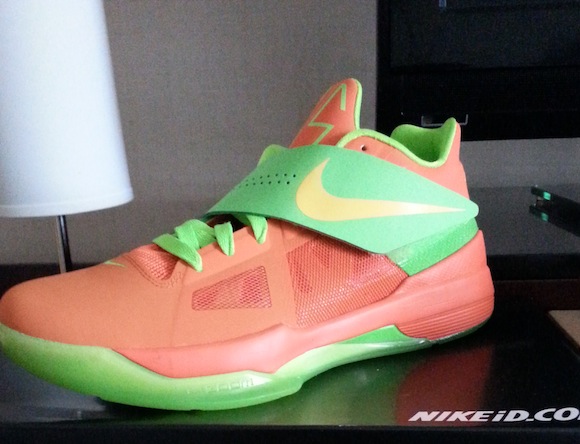 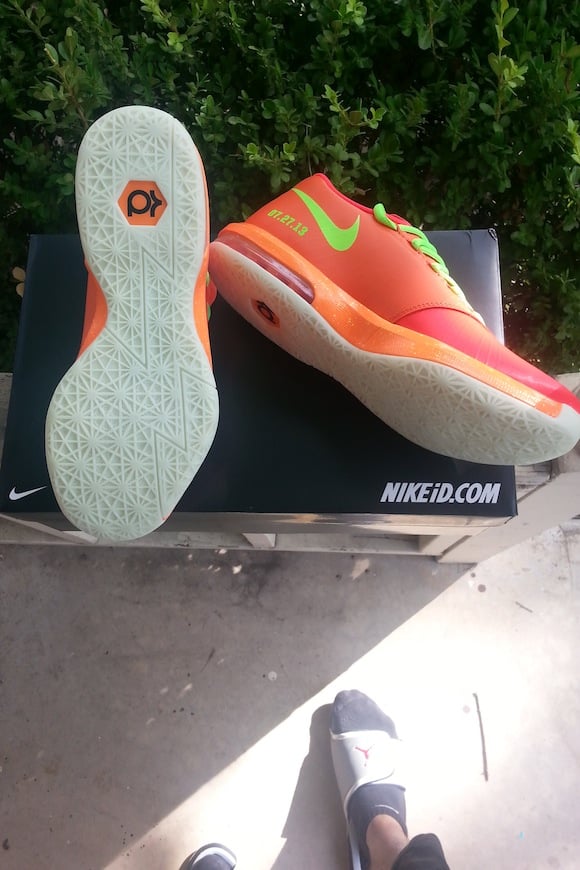 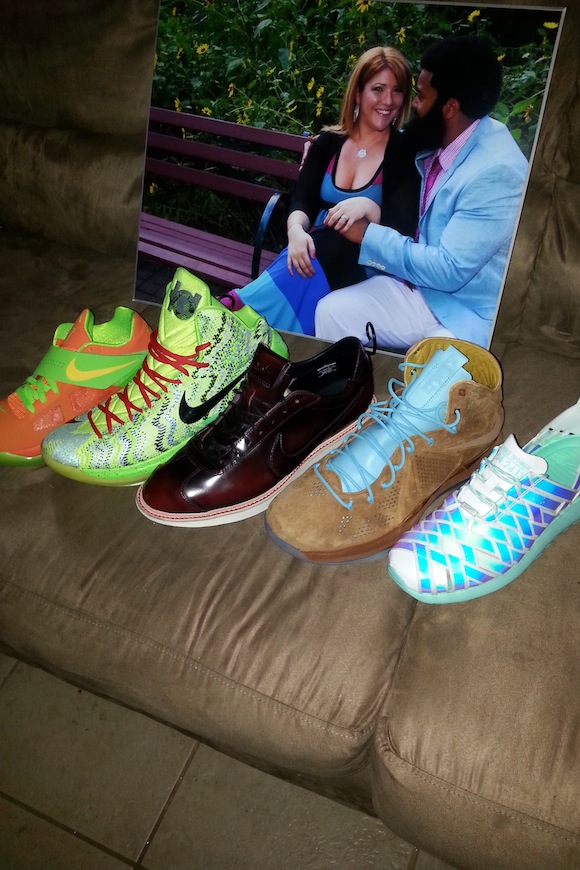 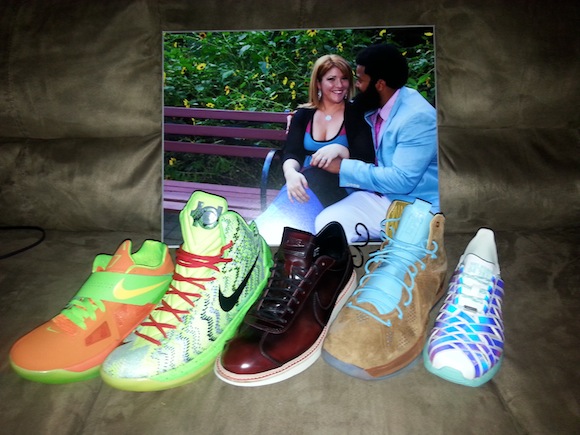 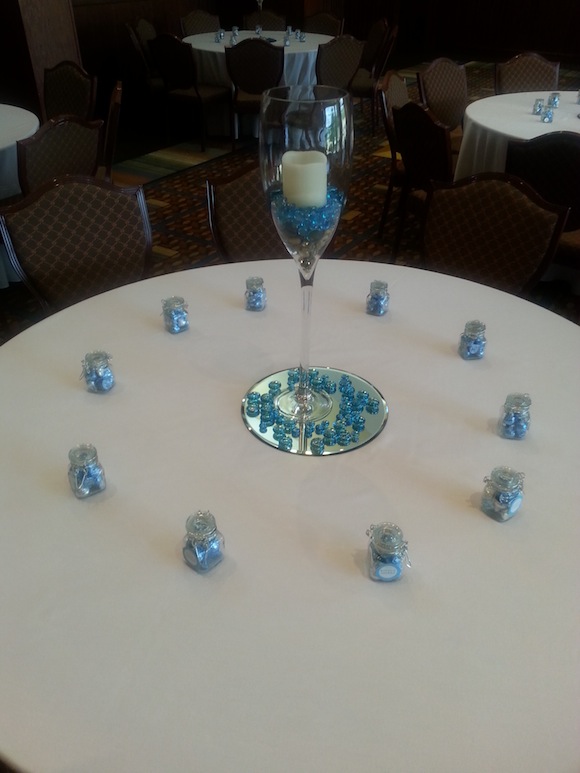 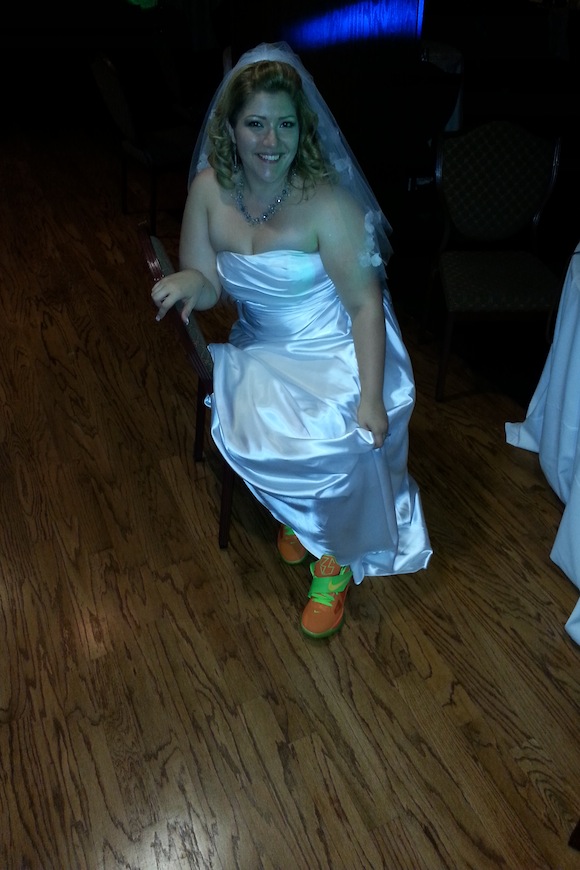 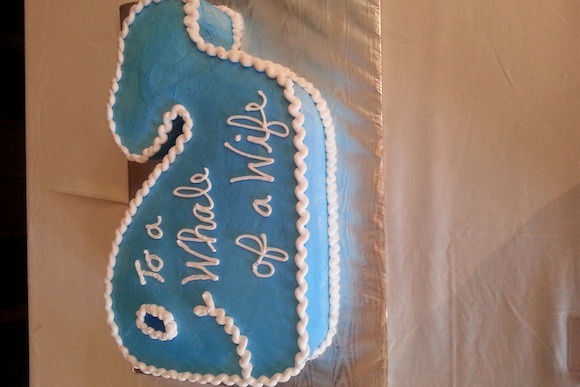 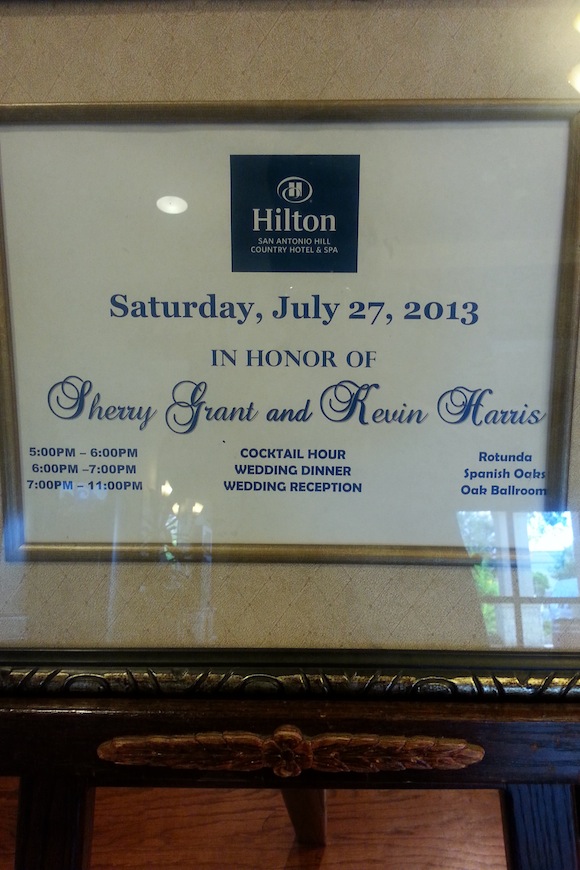 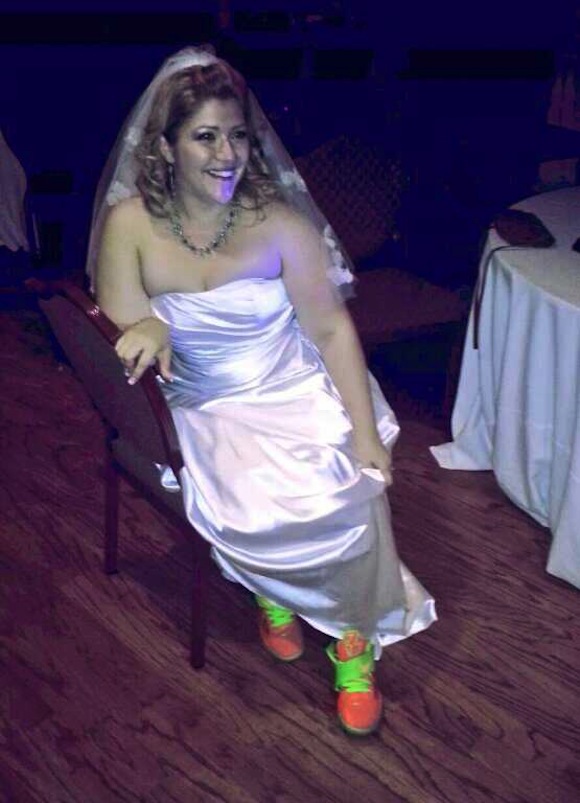 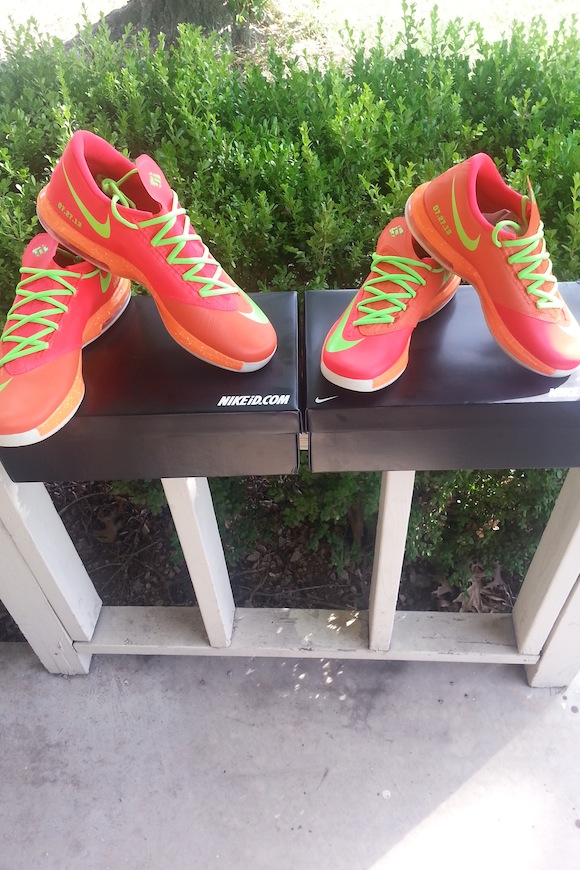 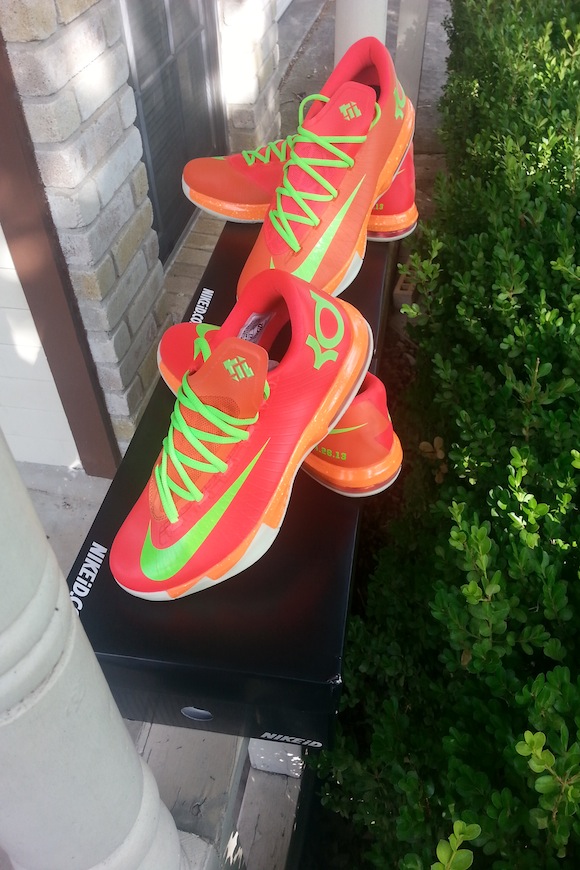 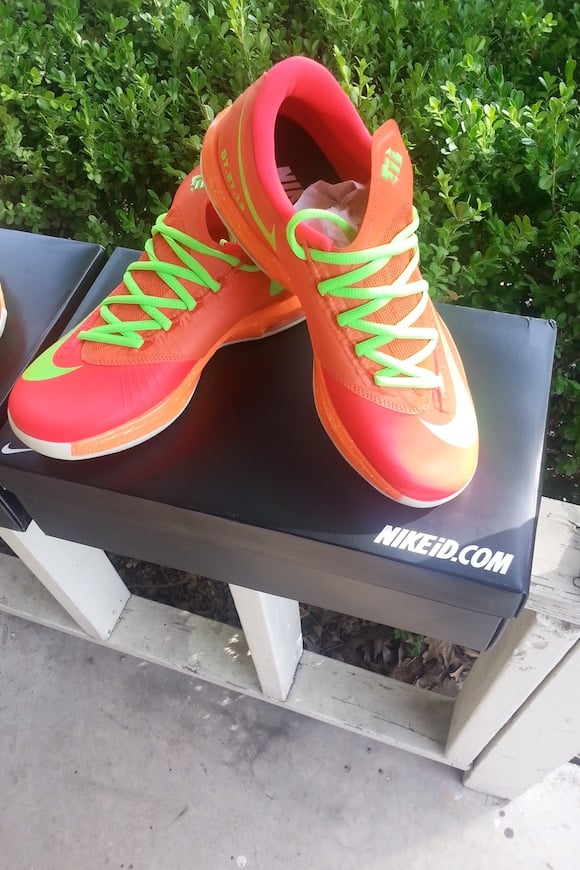 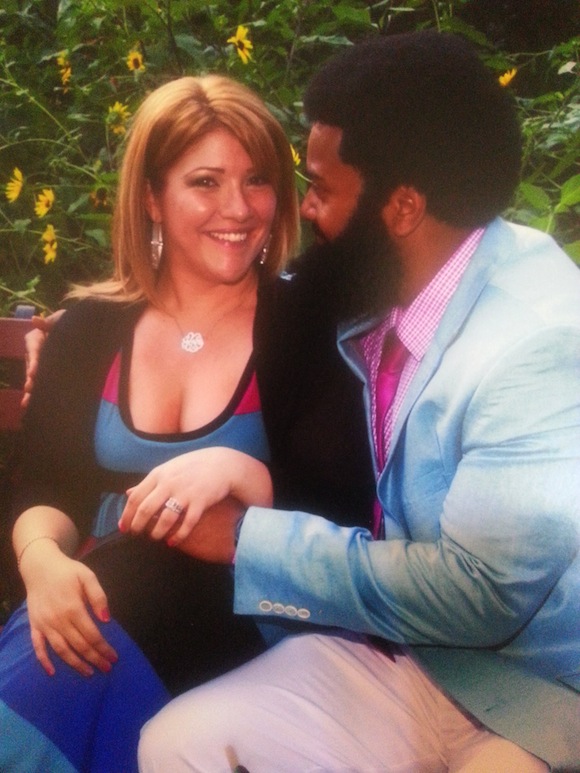