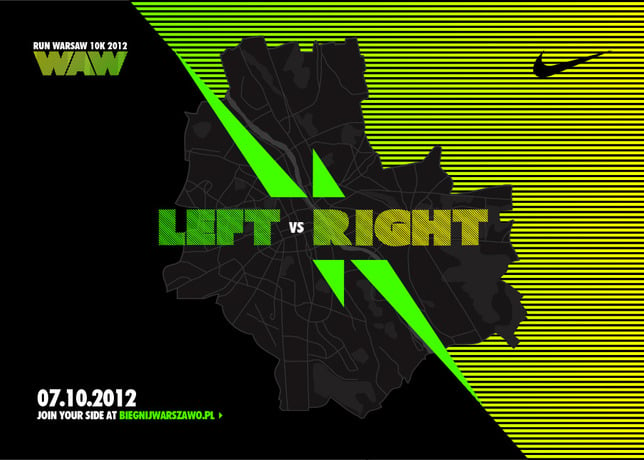 Nike is adding a bit of friendly riverside rivalry to the annual We Run Warsaw (Biegnij Warszawo) race on Oct. 7.

Each side of the city’s Vistula River has its own distinct culture and atmosphere. So Nike is inviting runners to explore the uniqueness of both sides and adding a social element to their training and race day experience. From now until the Oct. 7 race, when 10,000 participants are expected at the starting line, runners can compete to find the most interesting routes along each side of the river. They can use a new application to upload and name their routes and add photos of interesting landmarks along the way. Users who upload the most creative routes will be rewarded with exclusive training opportunities with Nike Run Club coaches. The app is available on the We Run Warsaw race site.

The rivalry theme continues on race day when all runners can join the right or left riverside teams and compete to be the fastest with the Nike+ Running app.

We Run Warsaw is part of the Nike We Run race series that began in Prague on Sept. 1 and ends in Rio de Janeiro, Brasil and Santiago, Chile Dec. 15. The event distances vary from 5Ks to half -marathons. The races will see a total of 395,000 runners competing in the events. With Nike+, runners will be able to share their routes and results with the Nike+ community of 7 million members. The Nike+ Running app is free and available from the app store (for iOS) and Google Play (for Android).

Learn more about We Run 2012 on NikeInc.com. 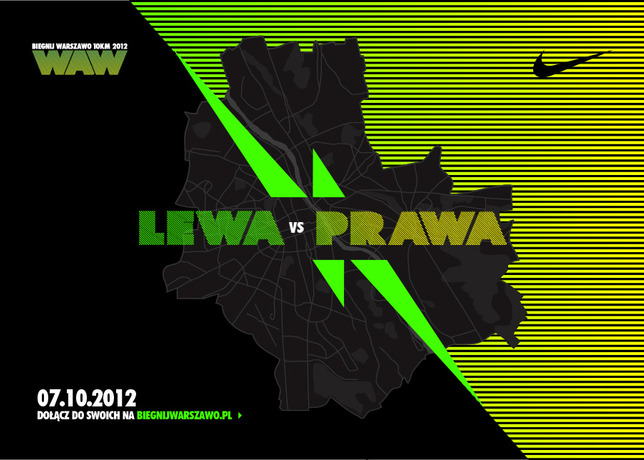 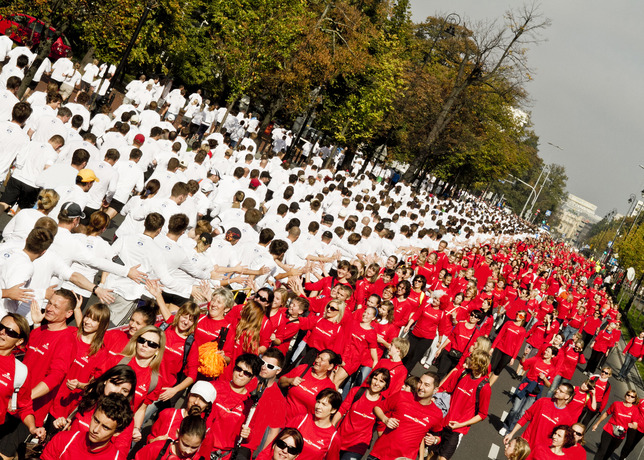