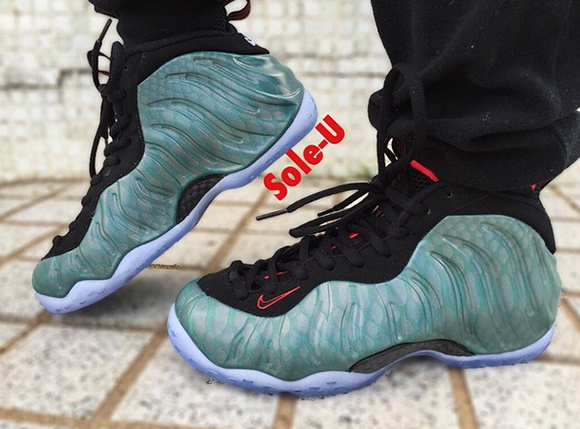 Well it seems like a small amount of individuals already have their hands on the Gone Fishing Foamposite One which will release later this year. The good part of this is we get a very early viewing of what they look like on feet.

The iridescent Foamposite material is slated to use dark emerald, which also has a fish scale overlay. Hints of challenge red are used on the sole, liner and swoosh while black lands by the eyelets, carbon plate and heel. Like the majority of Foamposites, the Gone Fishing also uses a translucent outsole. There is a few references towards fish, for example a fish skeleton on the heel and a post that reads “Gone Fishing”.

We have heard two different release rumors on the Gone Fishing Nike Air Foamposite One. The first is they would release this Holiday season, but other sources are expecting them to hit retailers in June. Another rumor that is circulating is that Nike only made 8,000 pairs of the Gone Fishing Foams, but this of course is not confirmed. We will do some research and find out exactly when they launch. You can see more images of them on foot below. 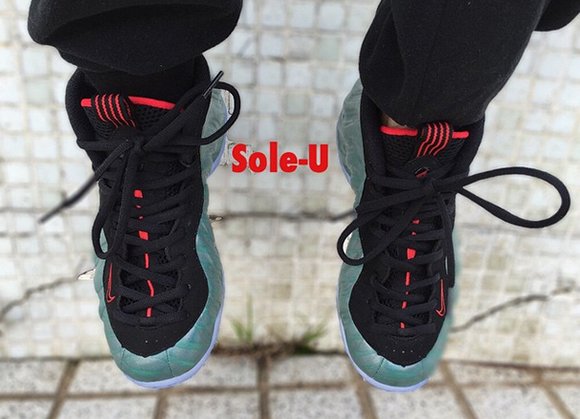 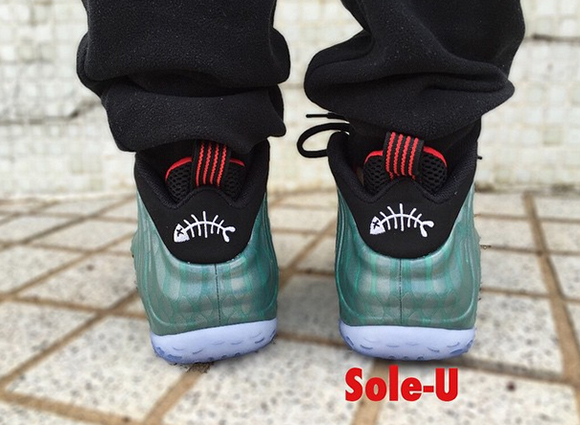 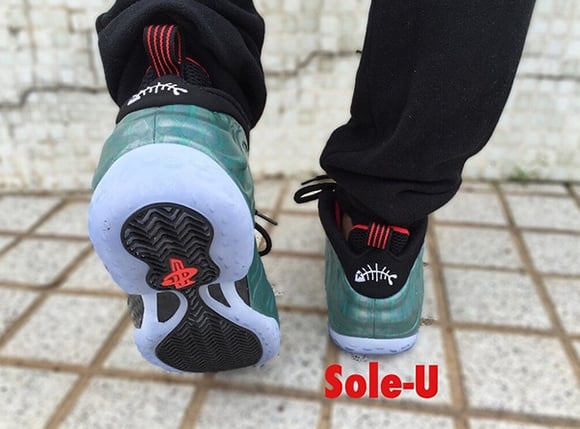 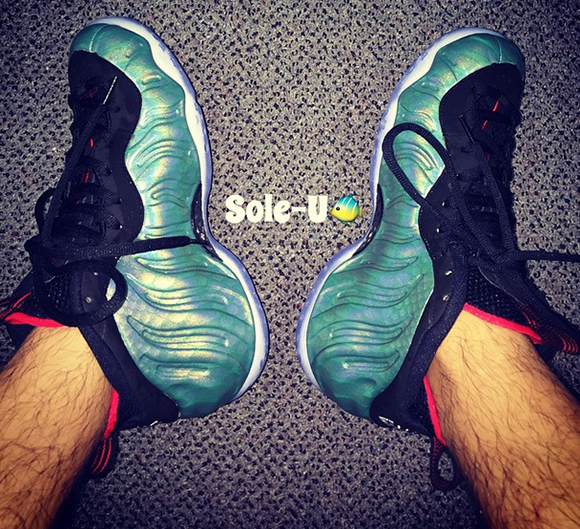