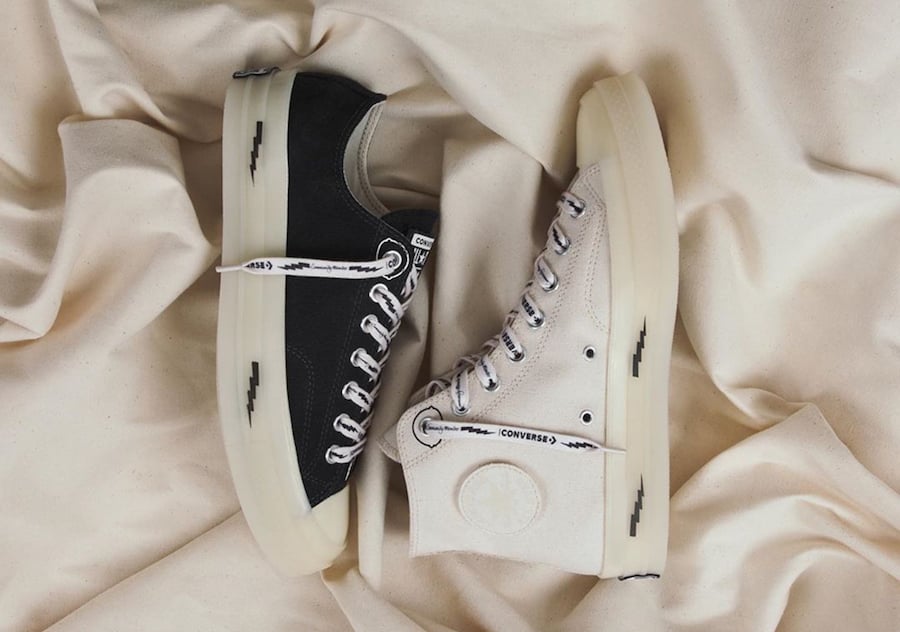 Retailer Offspring based in the UK is connecting with Converse to release a special Chuck 70 part of the upcoming ‘Community’ Pack.

Included in the pack is the Chuck 70 High which comes in White and Chuck 70 Low done in Black. Offspring had their loyal customers design Chuck patches earlier in the year as a way of giving back. Three of the designs were chosen and placed on the Whiter Chuck 70s. The Chuck 70 Lows in Black won’t feature a patch.

Additional highlights includes lightning bolts on the laces, Offspring’ head logo is placed by the top eyelet and a milky midsole.

You can expect the Offspring x Converse Chuck 70 ‘Community’ Pack to release at their Selfridges London location on August 10th. Below you can check out more images which will give you a closer look. 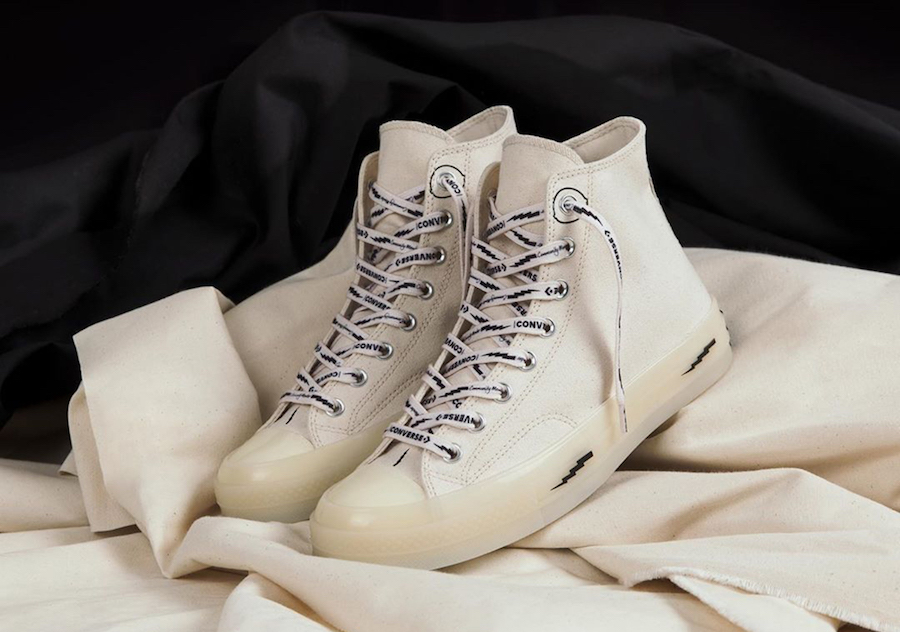 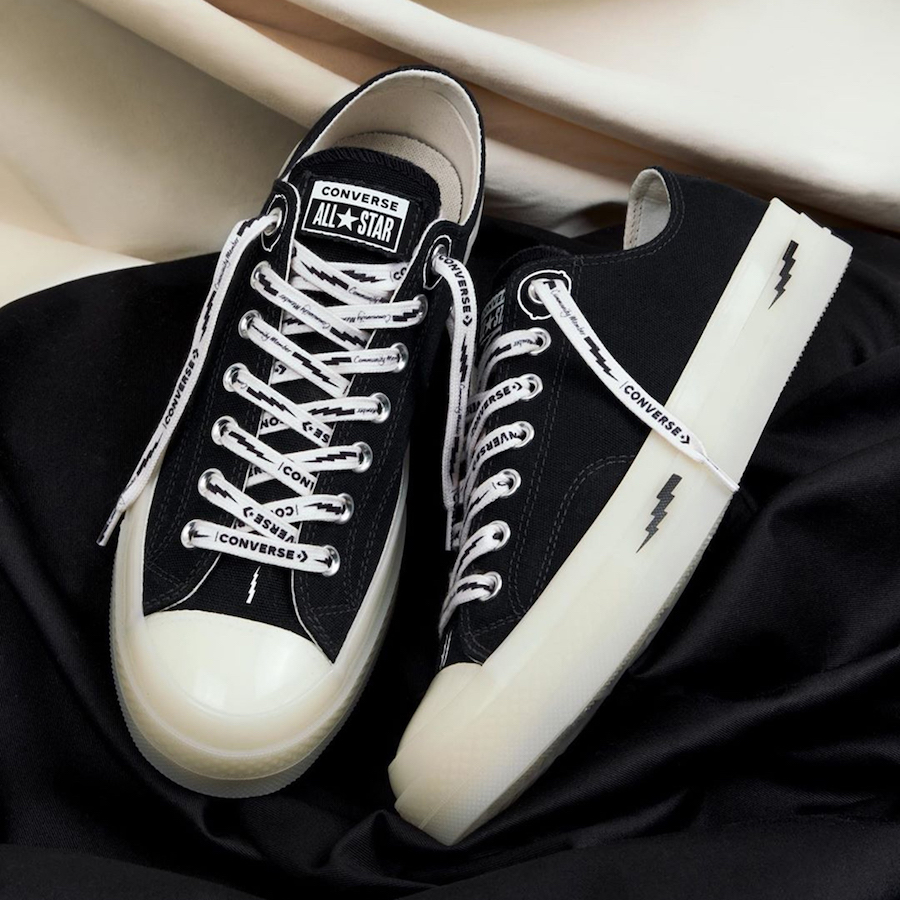