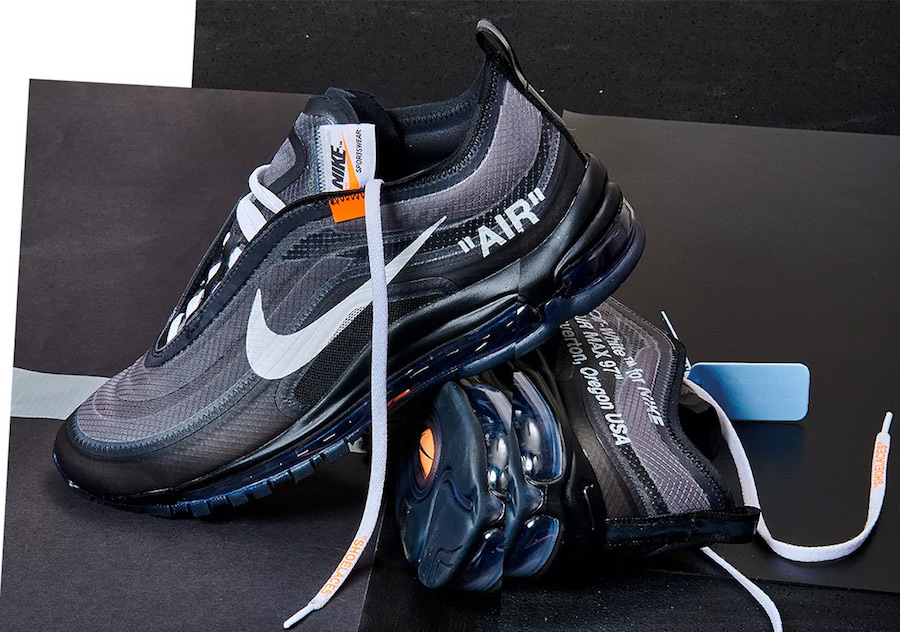 The Off-White runway show for Paris Fashion Week was presented by Virgil Abloh which we received a preview of two Off-White x Nike Air Max 97 releases. Shown is the ‘Black’ edition which will debut during Fall 2018.

This Nike Air Max 97 by Off-White comes dressed i na Black, Cone and White color combination. Featuring it’s signature deconstructed look while translucent panels are used. Following we have White Nike Swoosh logo, ‘AIR’ stamp on the heel, ‘Shoelaces’ on the laces while an Orange tab completes the look.

For those interested in buying, the Off-White x Nike Air Max 97 Black is scheduled to release at select Nike retailers on October 18th. Once more information is available like a retail price, we will make sure to update. Below you can check out more images for a closer look.

Update: Nike has announced that the Off-White x Nike Air Max 97 in ‘Black’ will release this Thursday, October 18th. You will be able to purchase the The Draw on Nike SNKRS.

Update: We now have official images of the Off-White x Nike Air Max 97 in Black which will launch during November 2018. 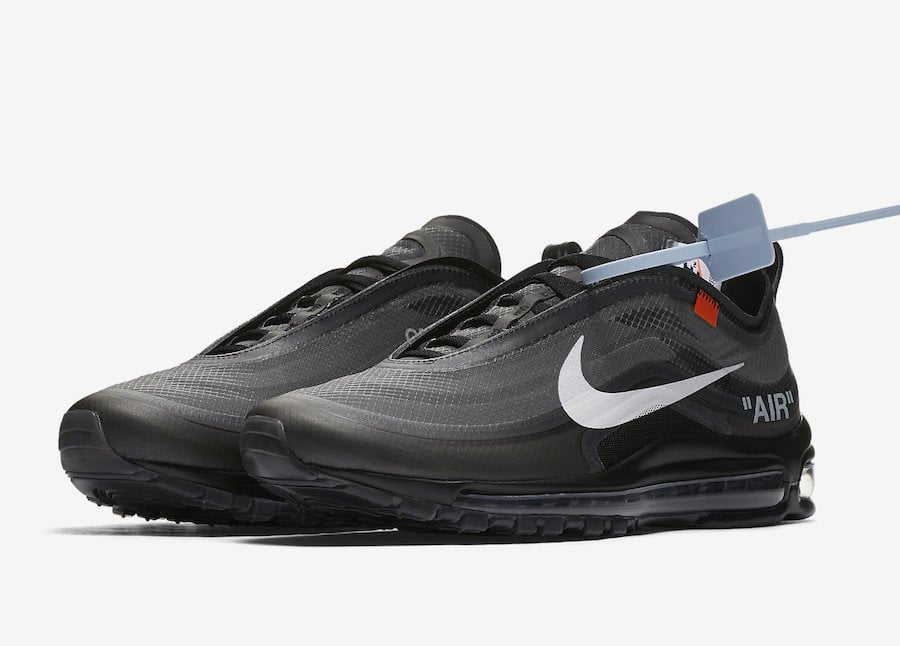 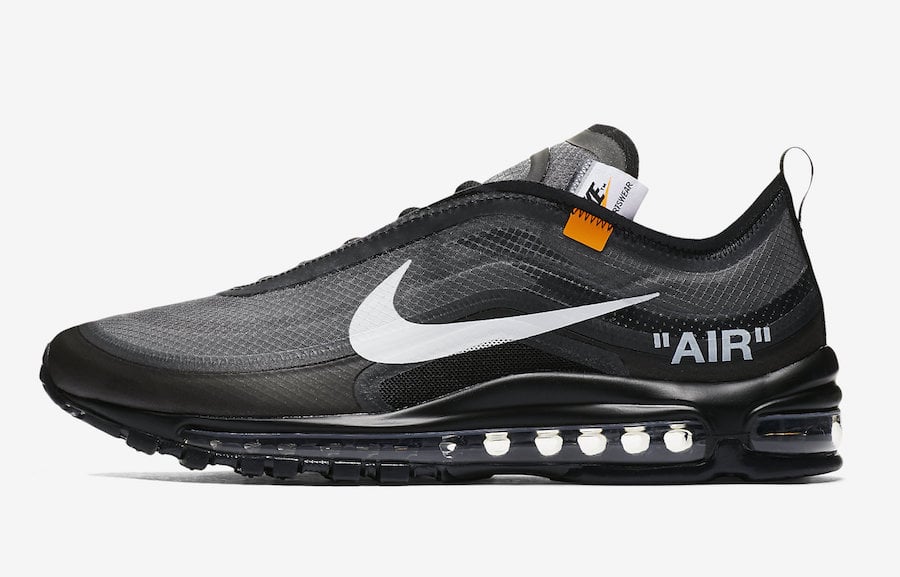 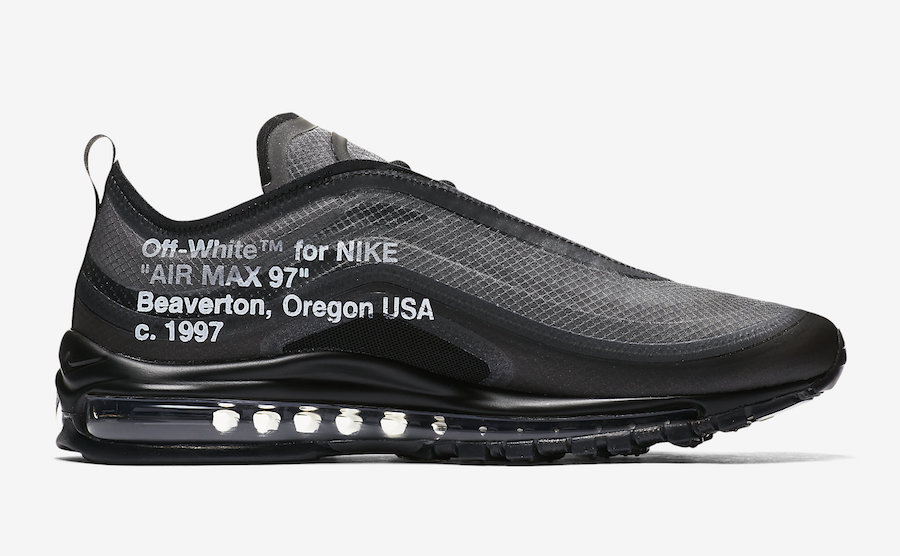 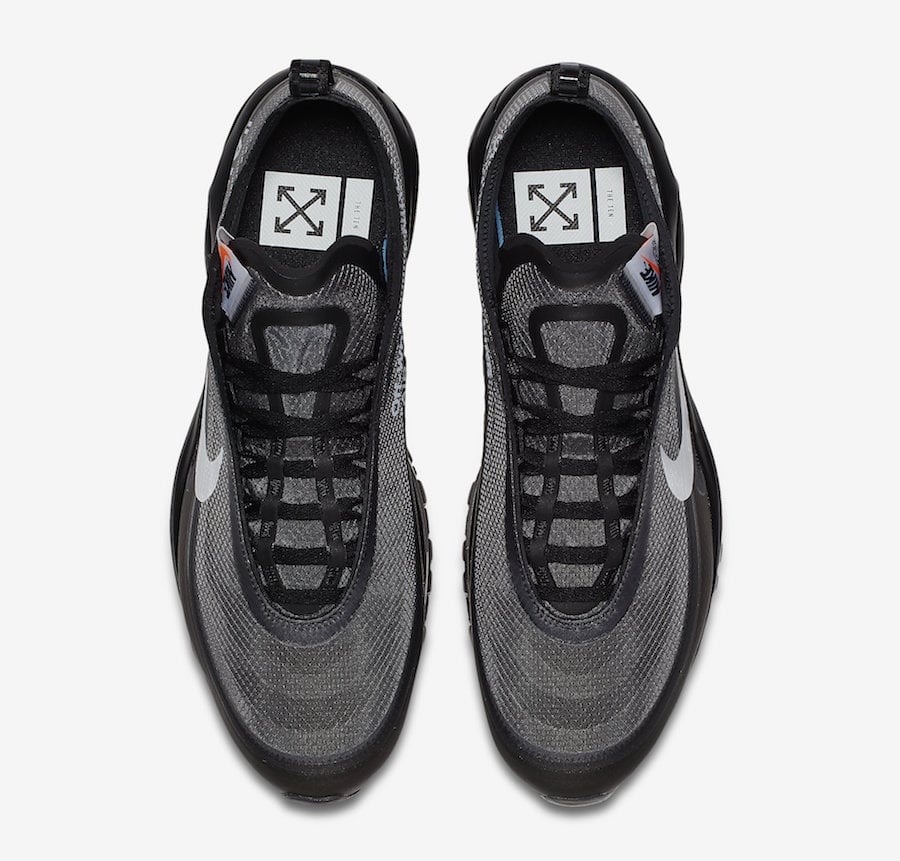 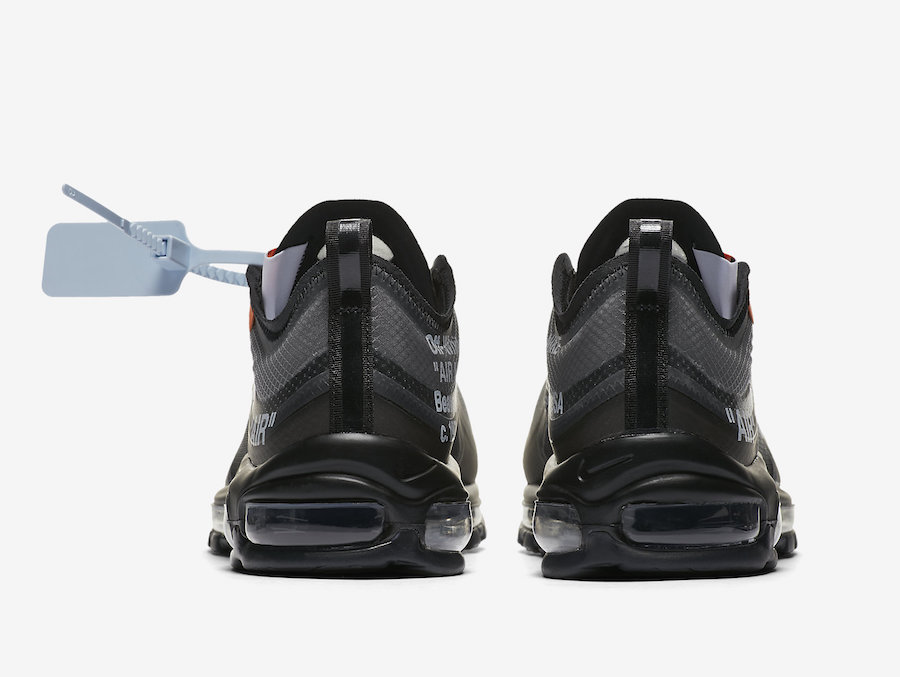 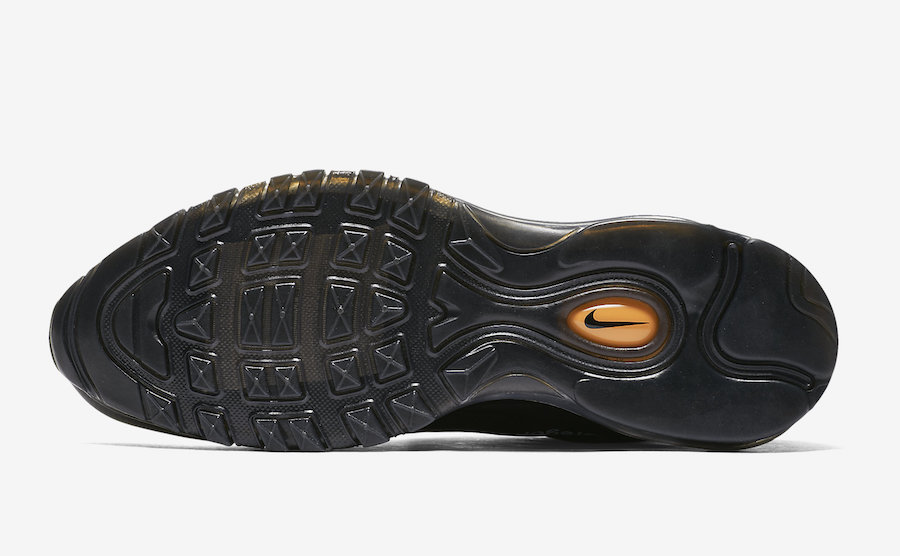 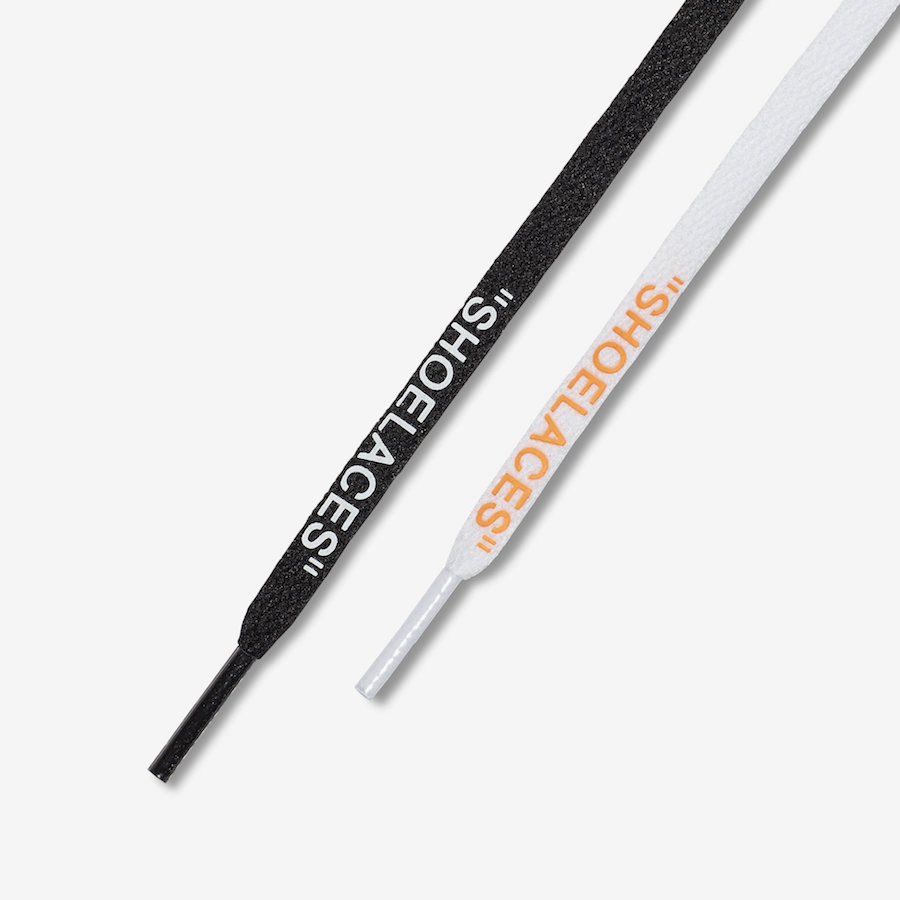 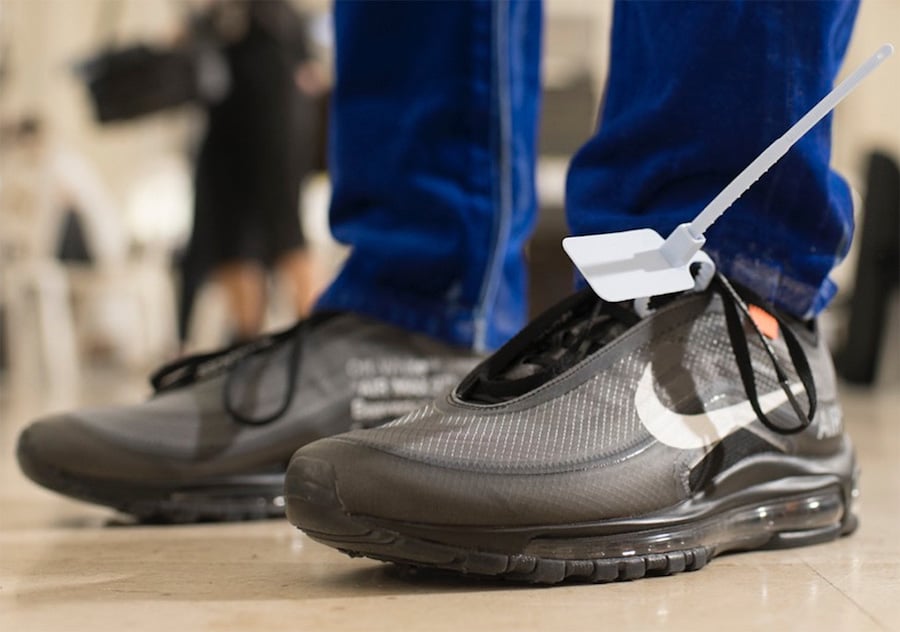 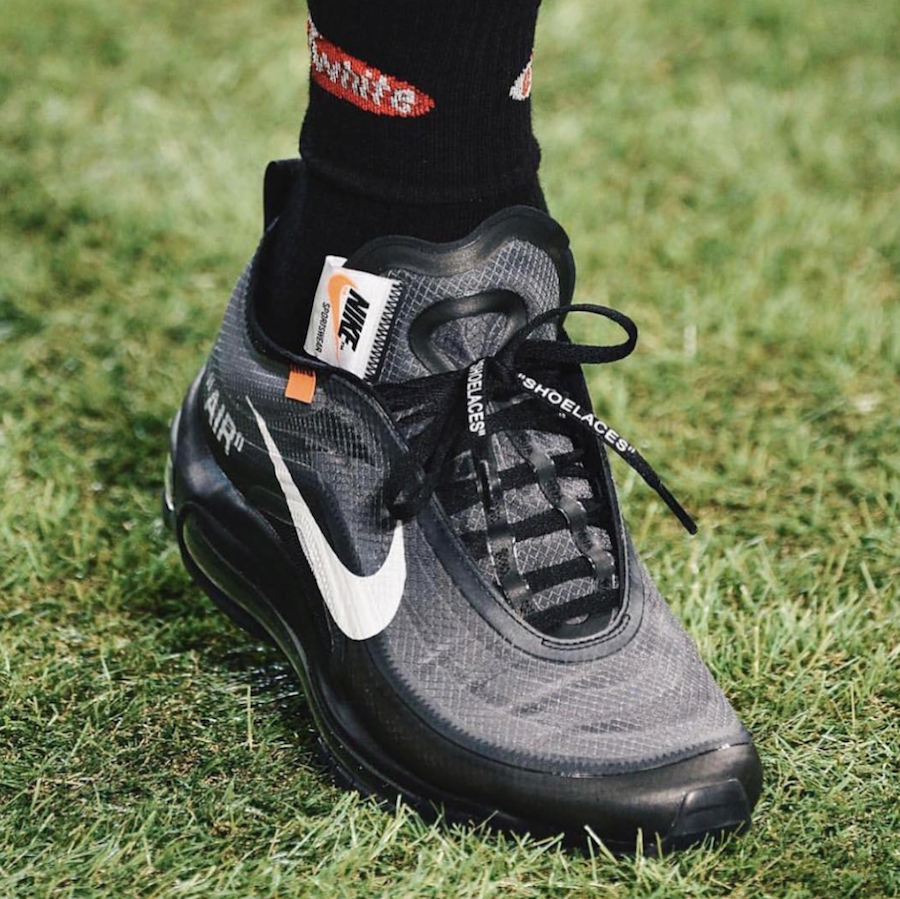 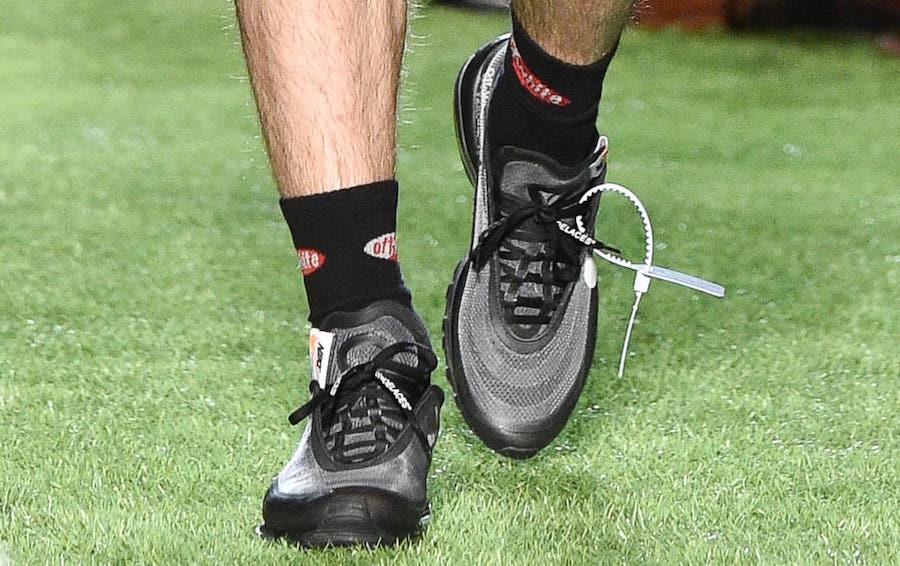