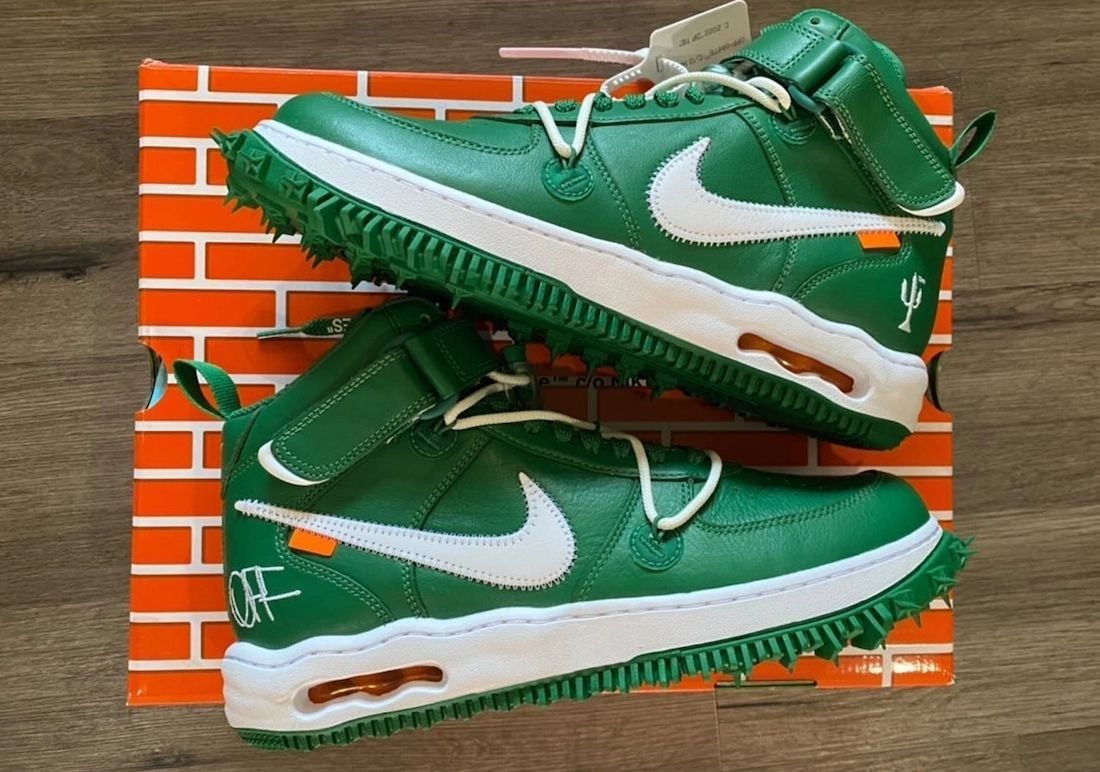 This Off-White x Nike Air Force 1 Mid comes highlighted with Pine Green leather on the upper with White leather on the Swoosh logos. Next, we have a candle logo on the lateral side that was used for Virgil Abloh’s Canary Yellow website and other products. ‘OFF’ branding lands on the heel with retro-inspired ‘AIR’ written on the tongues. Other details include exposed stitching on the Swoosh, an Orange label on the panels and within the Air unit, and Green spikes on the rubber outsole.

Below, you can check out more photos of the Off-White x Nike Air Force 1 Mid ‘Pine Green’ that will give you a closer look. A release will take place later this year at select retailers. Once we have more information, we will make sure to update you. 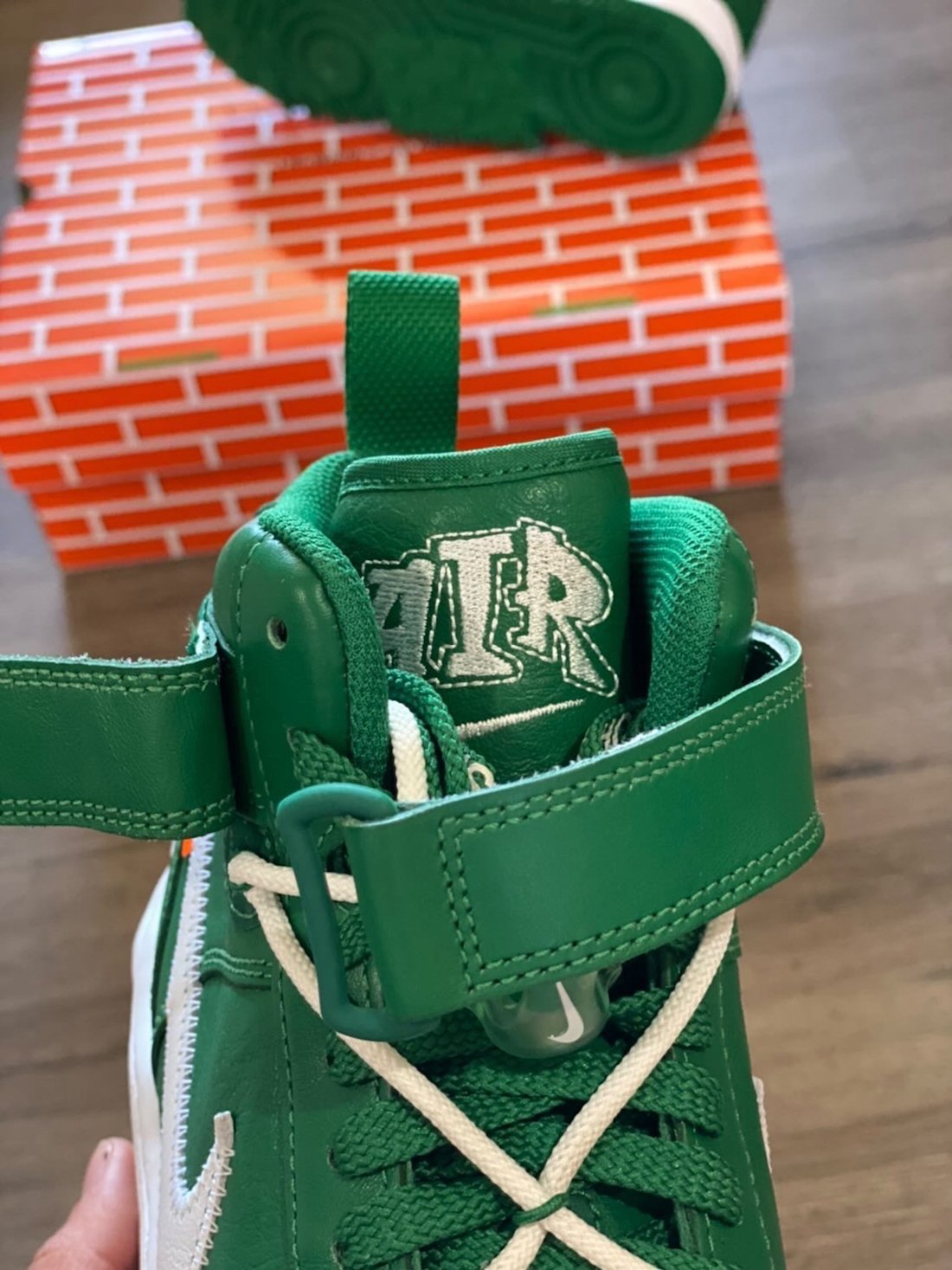 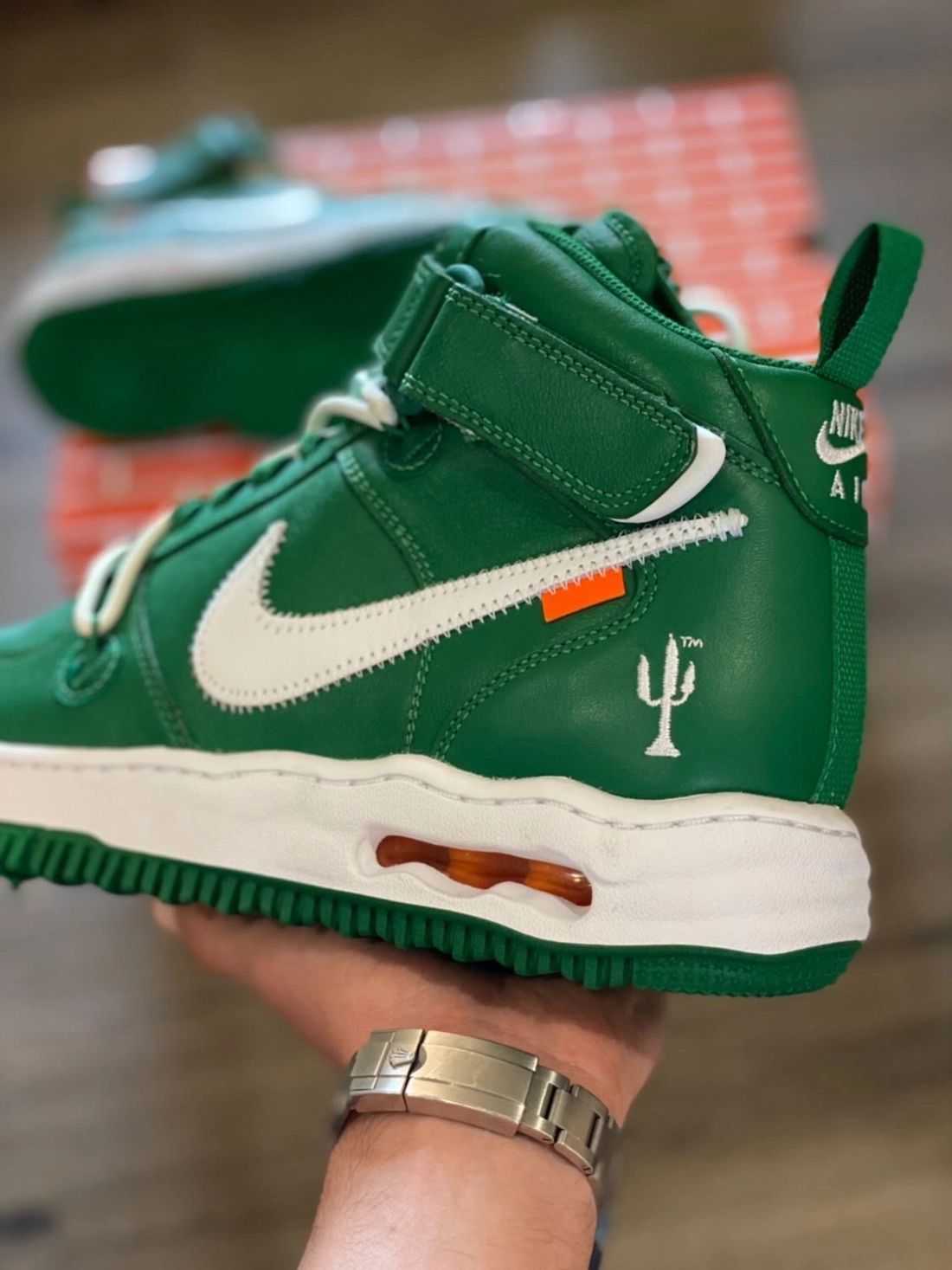 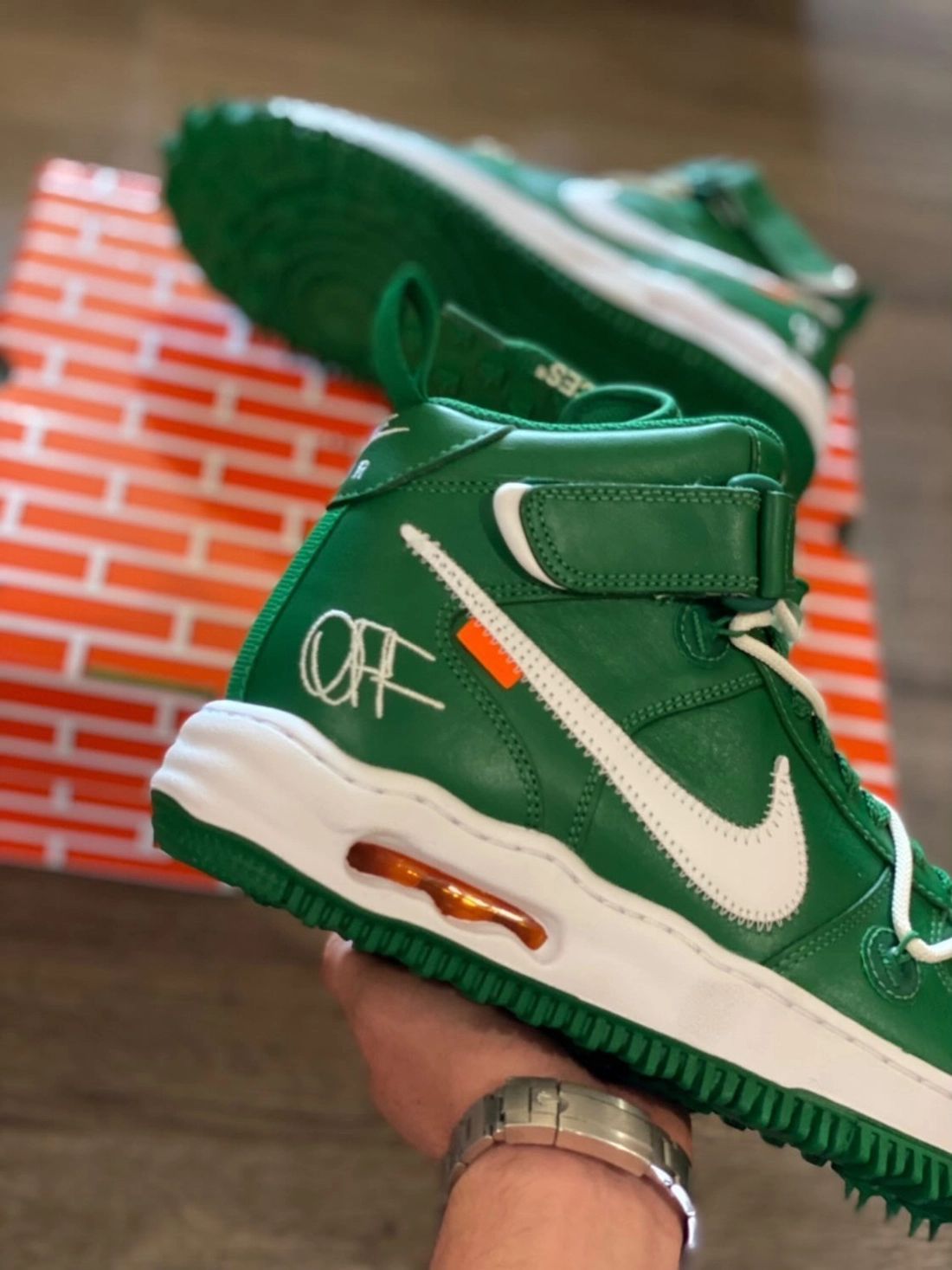 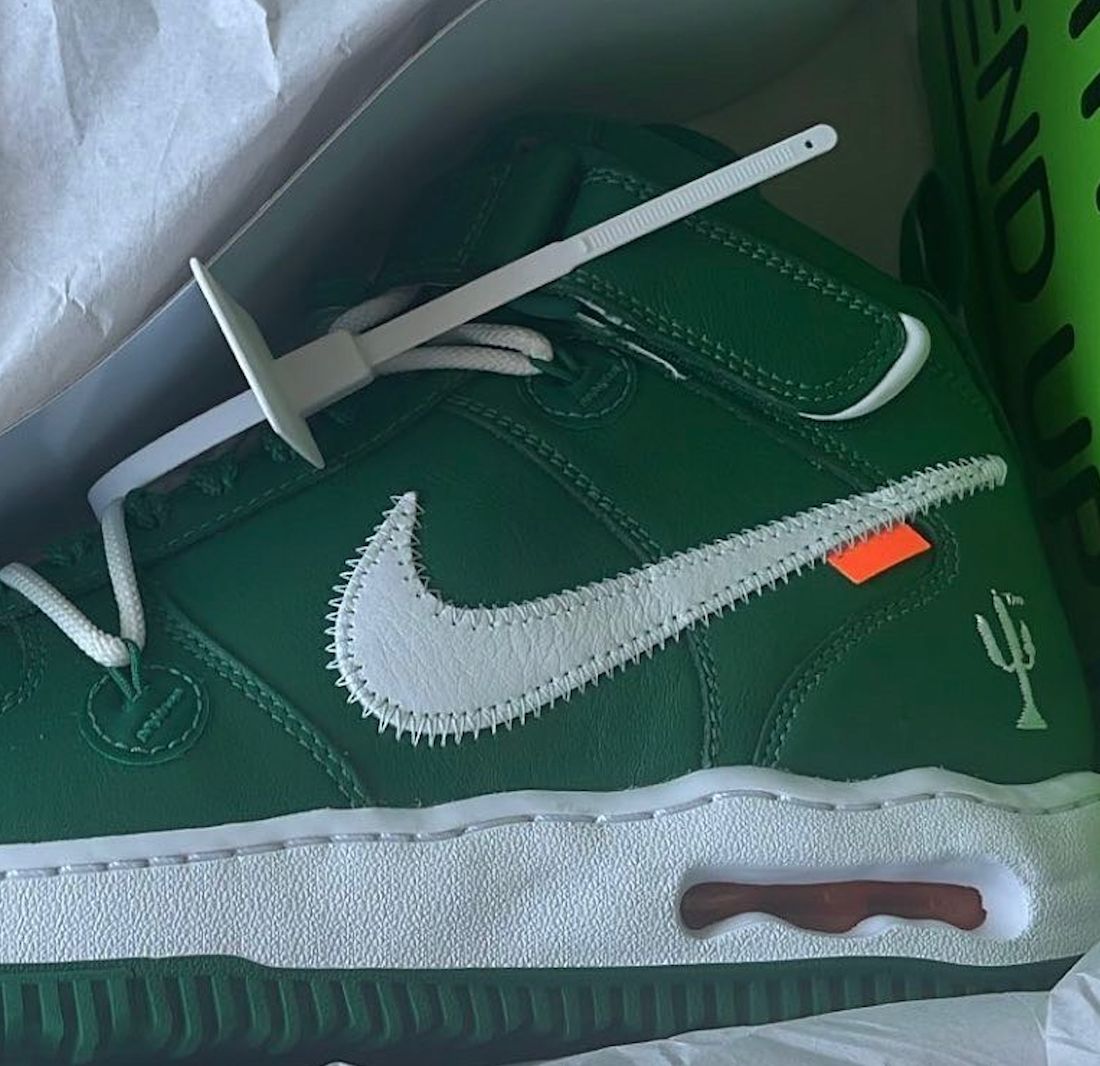 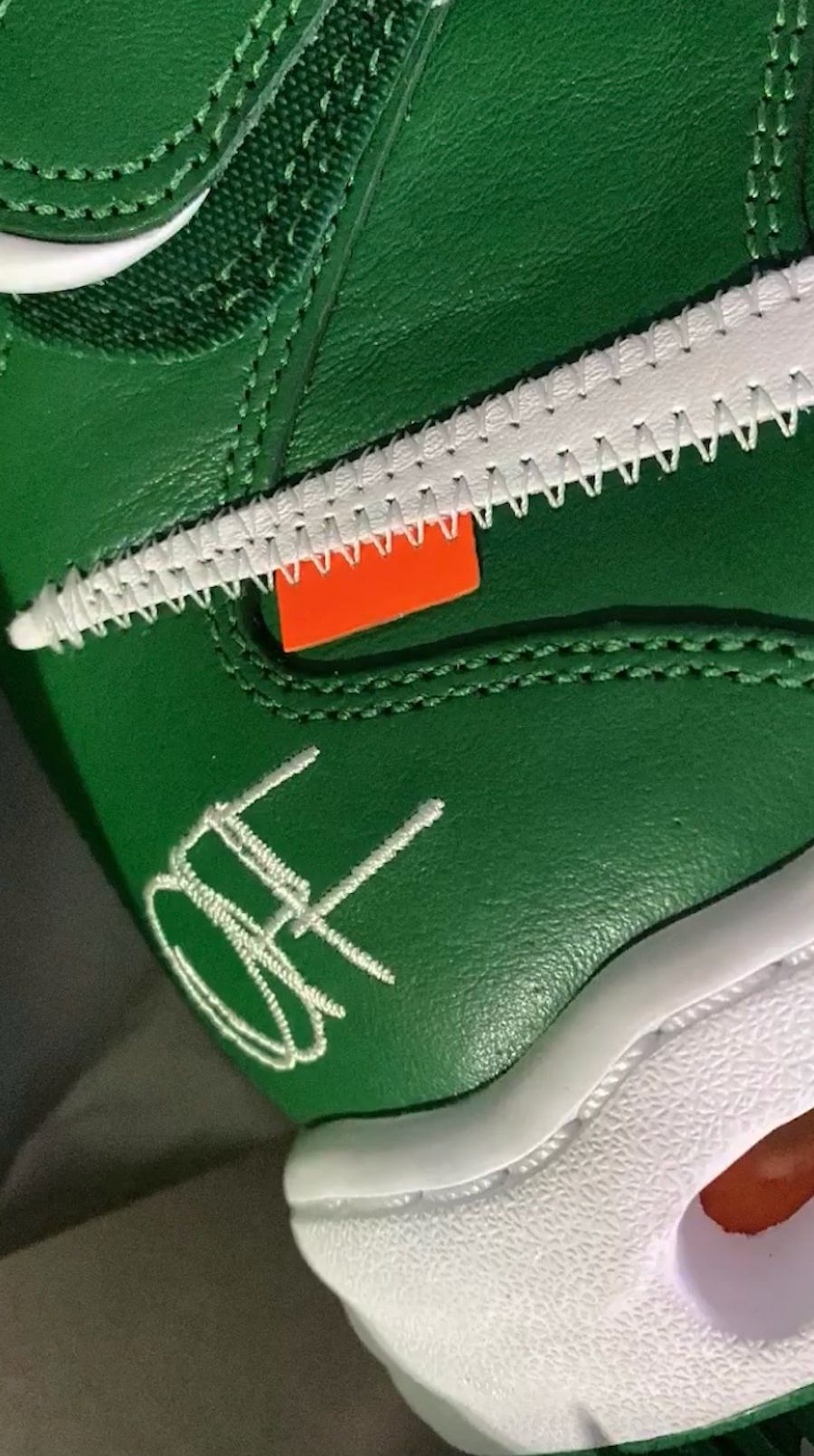