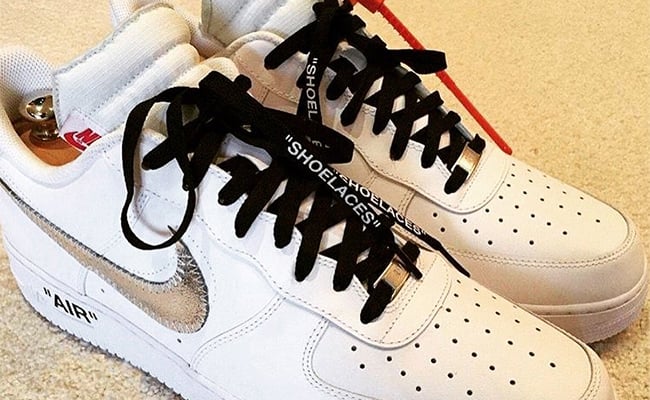 The OFF-WHITE x Nike Air Force 1 Low collaboration is apart of the 10X Collection which is expected to release during Summer 2017.

Just before Game 3 of the NBA Finals, both LeBron James and Kevin Durant was seen wearing the OFF-WHITE x Nike Air Force 1 Low collaboration which gave us a preview of what’s to come.

Streamlining with everything else we have seen with OFF-WHITE, this Nike Air Force 1 Low features an unfinished theme. Prior to this we have seen a Black version, but it appears that the retail release will come in predominate White. Metallic Silver lands on the Nike Swoosh which shows stitching. The laces will have ‘SHOELACES’ across them while ‘AIR’ in Black is seen on the midsole. Completing the look is the Nike branding on the tongue done in Red off to the side.

At the time of writing, a release date for the OFF-WHITE x Nike Air Force 1 Low collaboration has yet to leak. However an announcement is expected to come soon. Once we have more information, we will make sure to update you. For now, check out a few more images below. 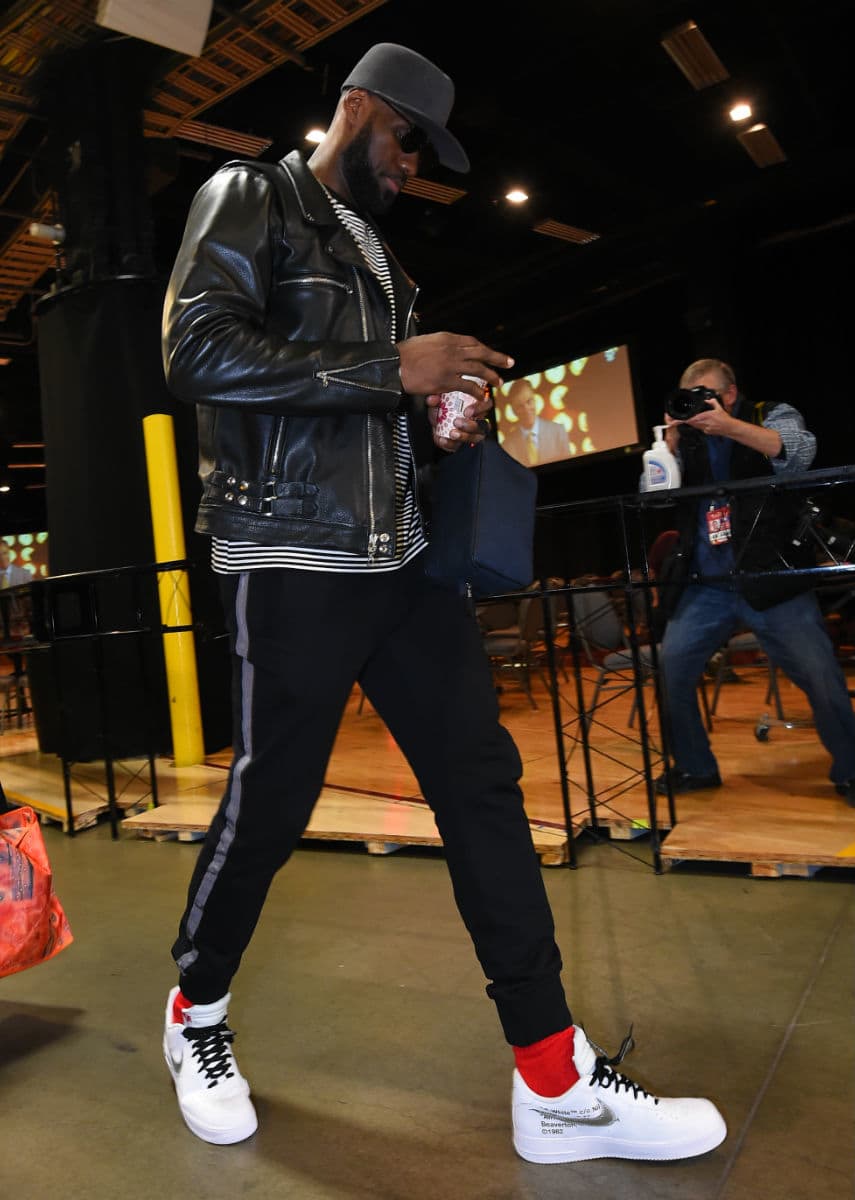 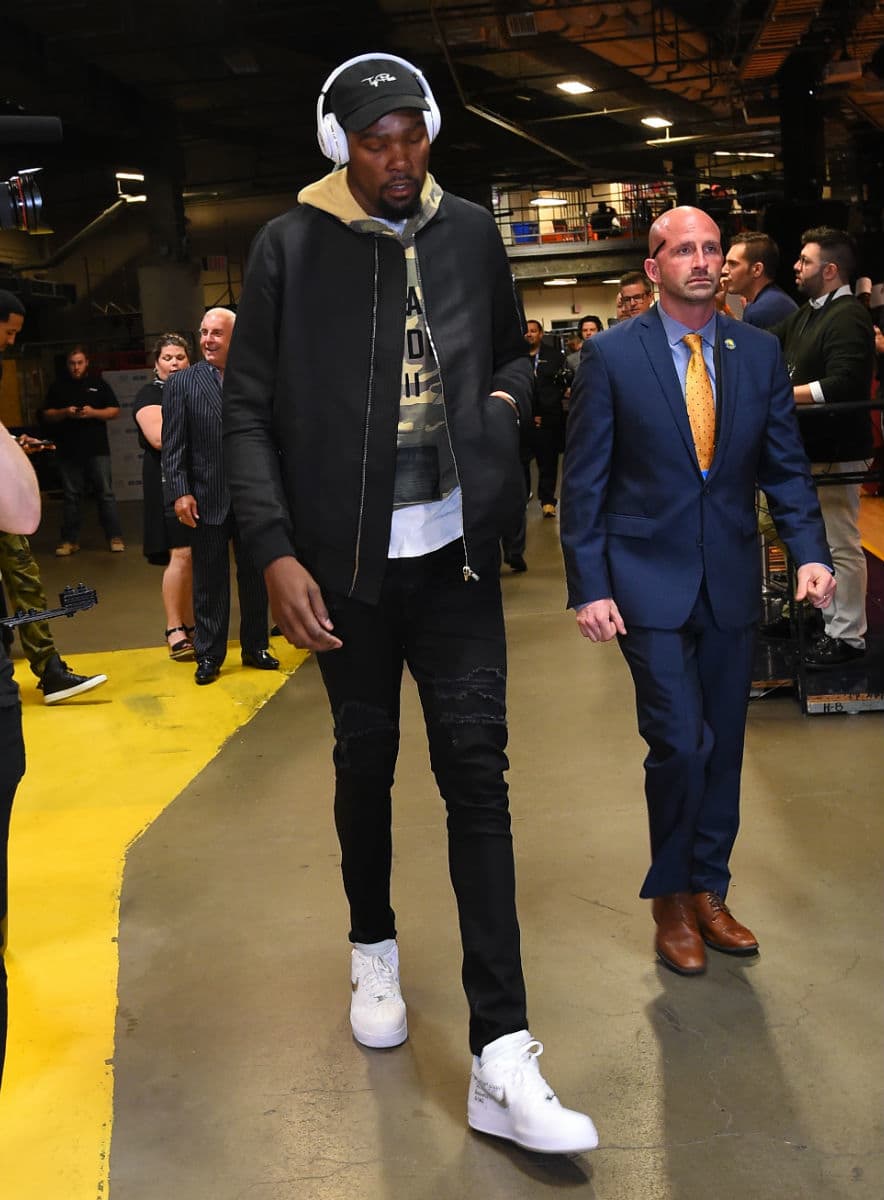