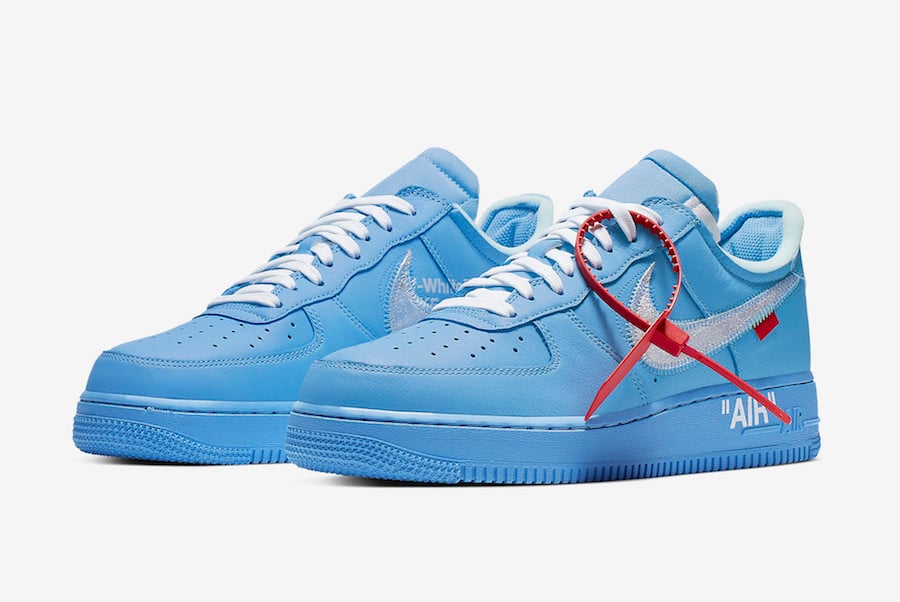 Virgil Abloh and Nike will release another Off-White x Nike Air Force 1 Low in 2019. Next up we have this pair covered in Blue.

Looking closer this Nike Air Force 1 Low comes dressed in a University Blue, White, University Red and Metallic Silver color combination. Metallic Silver lands on the Nike Swoosh logos across the panels while White is applied to the laces. Following we have Black on the signature text and Red on the zip tie which completes the look.

You can expect the Off-White x Nike Air Force 1 Low ‘University Blue’ to release at select Nike Sportswear retailers during June 2019. This pair will release in both mens and grade school sizing. Once more information is available we will make sure to update you. For now you can check out a few more images below.

Update 6/10: Official images of the ‘MCA Chicago’ Off-White x Nike Air Force 1 Low has arrived. Currently a release date has yet to be announced. 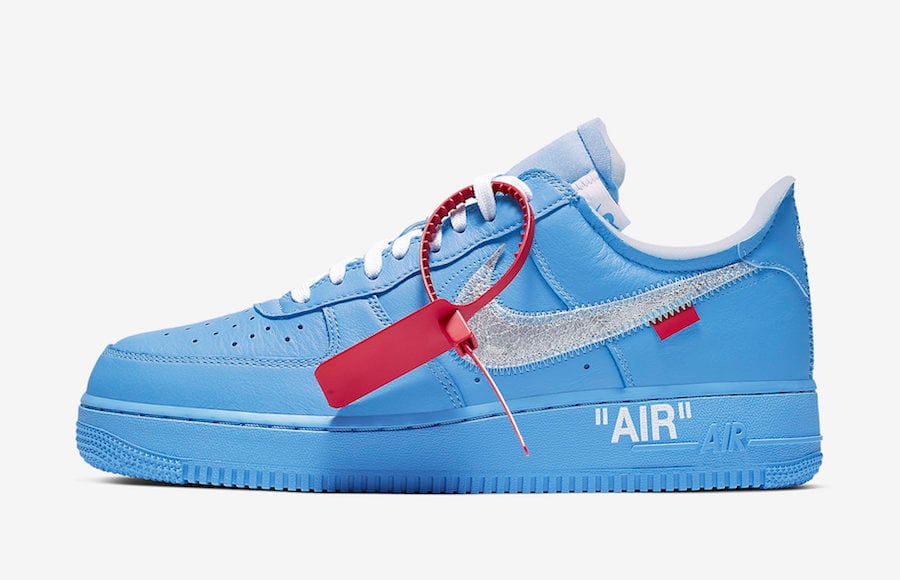 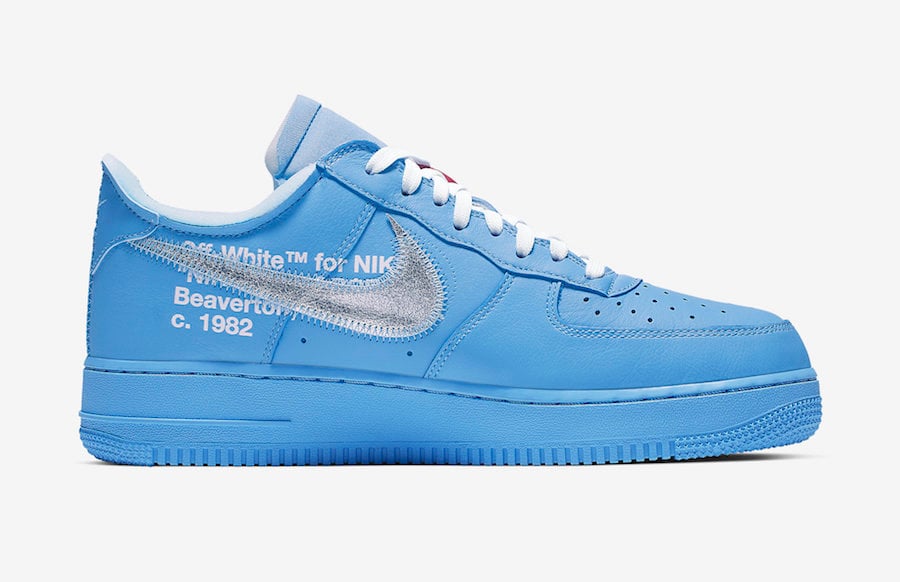 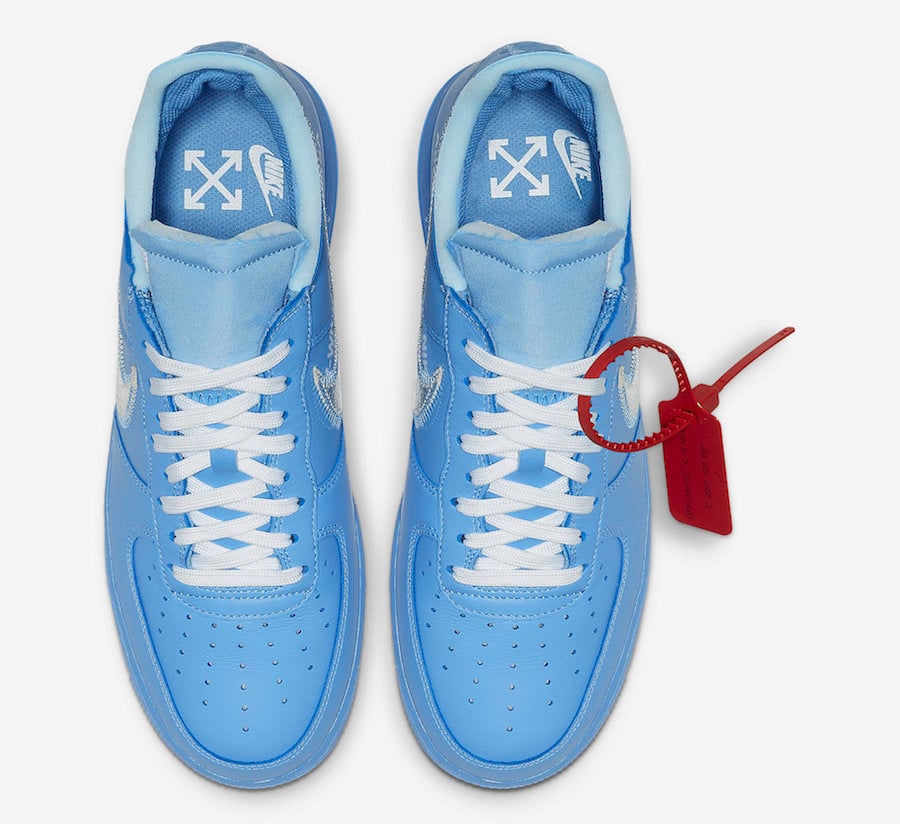 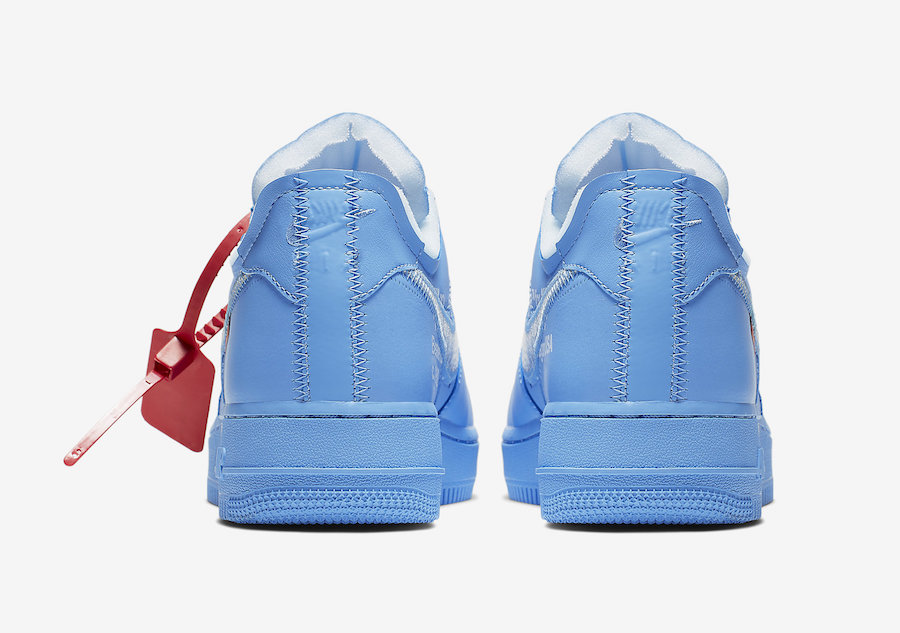 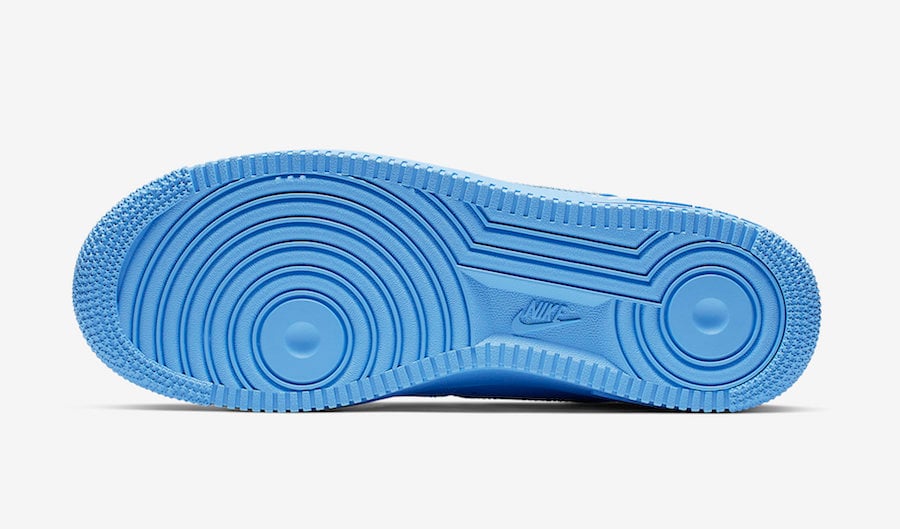 Update 6/5: Rumored to release on June 10th at the Virgil Abloh’s ‘Figures of Speech’ exhibition at the Museum of Contemporary Art Chicago, a release won’t take place for a couple of weeks via Frenzy and Nike SNKRS. A raffle was up for a chance to obtain this pair from Empty Gallery, however it was recently taken down. More information is coming soon. 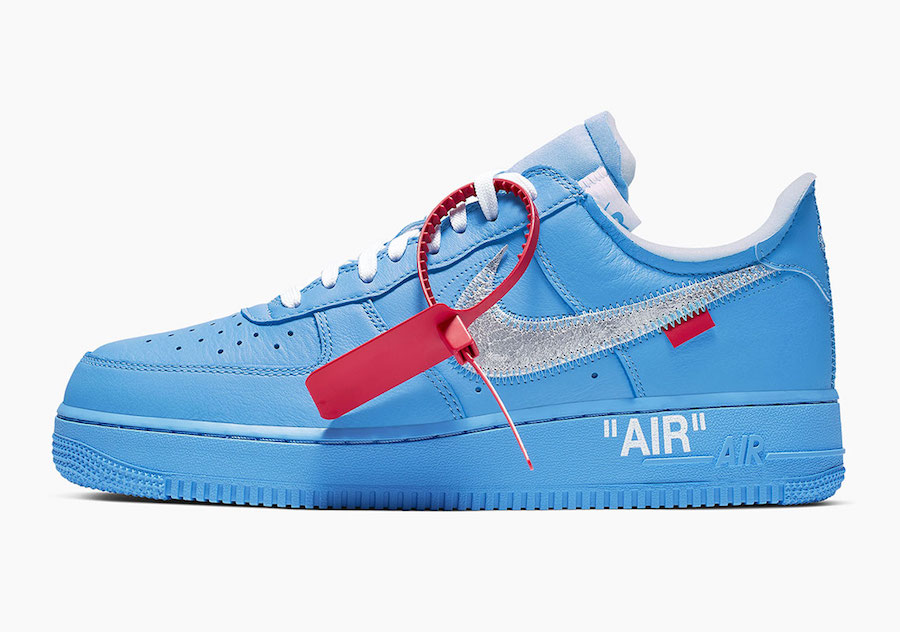 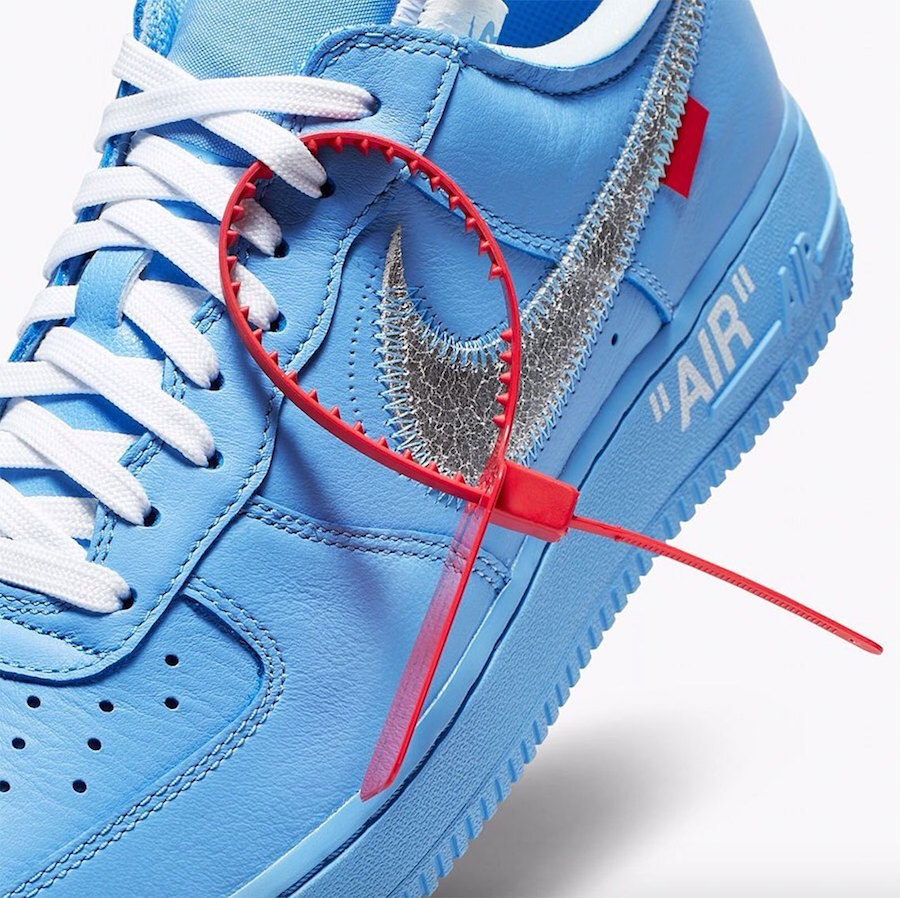 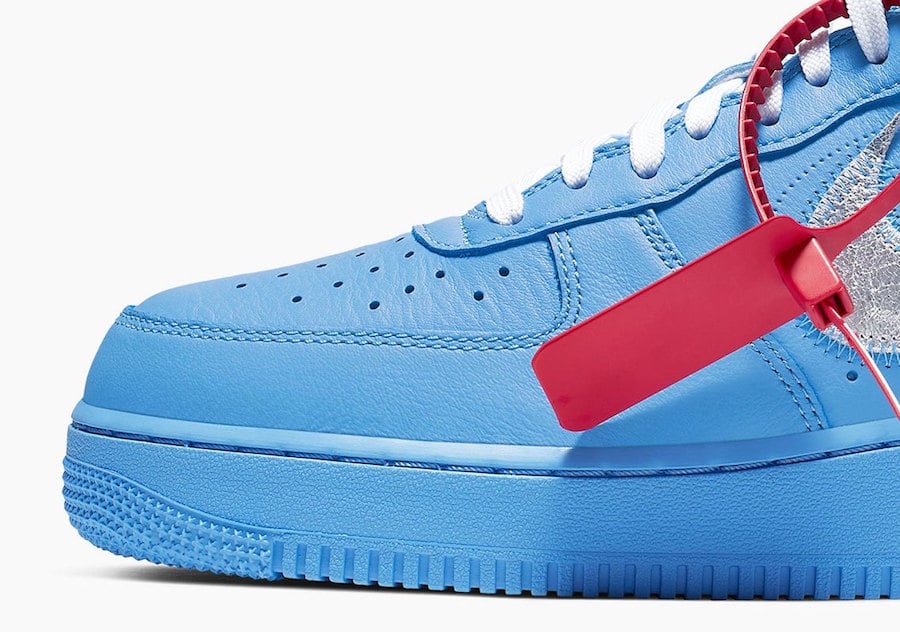 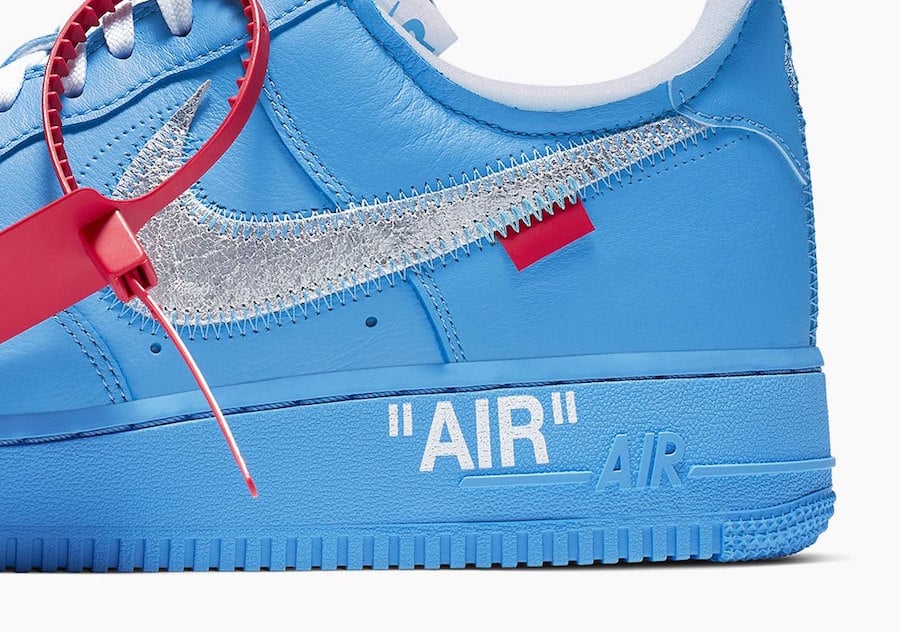 Update 5/21: Virgil Abloh recently gifted Serena Williams the Off-White x Nike Air Force 1 Low in University Blue. This gives us another look at this upcoming release which is expected to take place in June. Proceeds are said to go towards the Museum of Contemporary Art in Chicago. 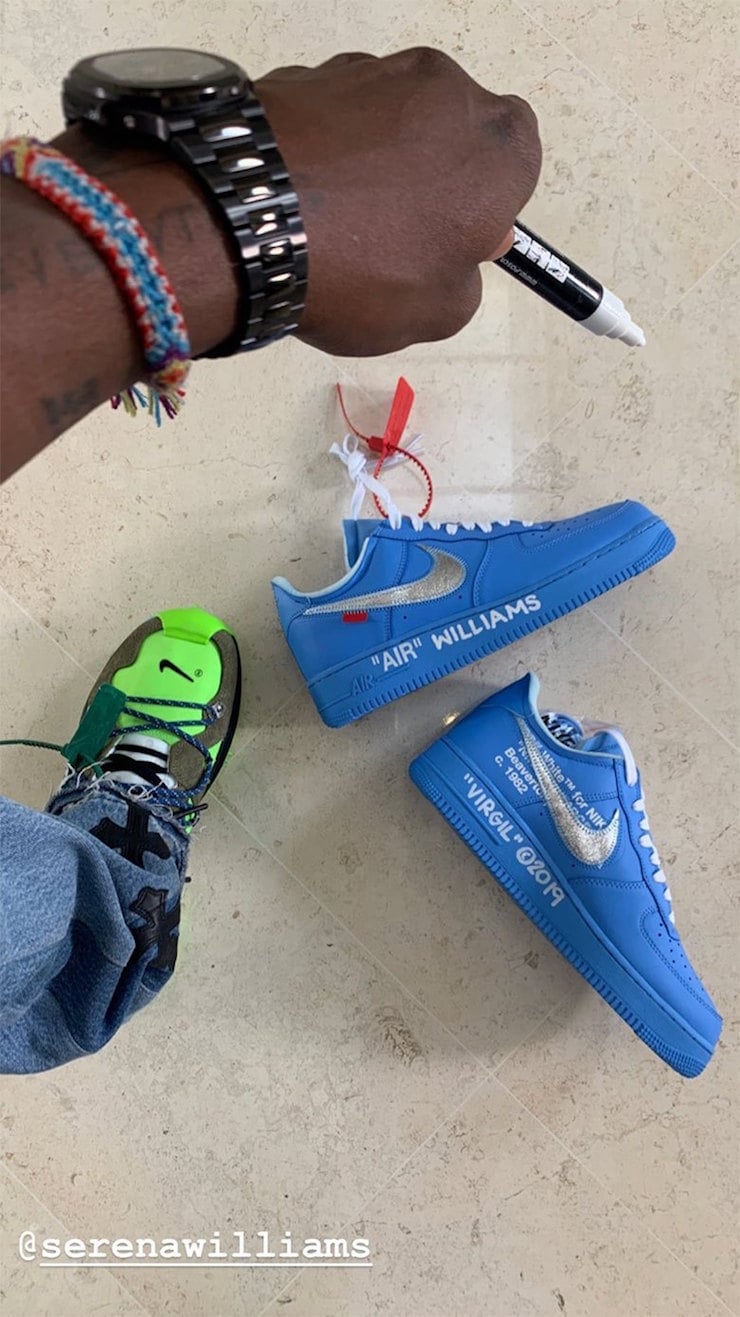 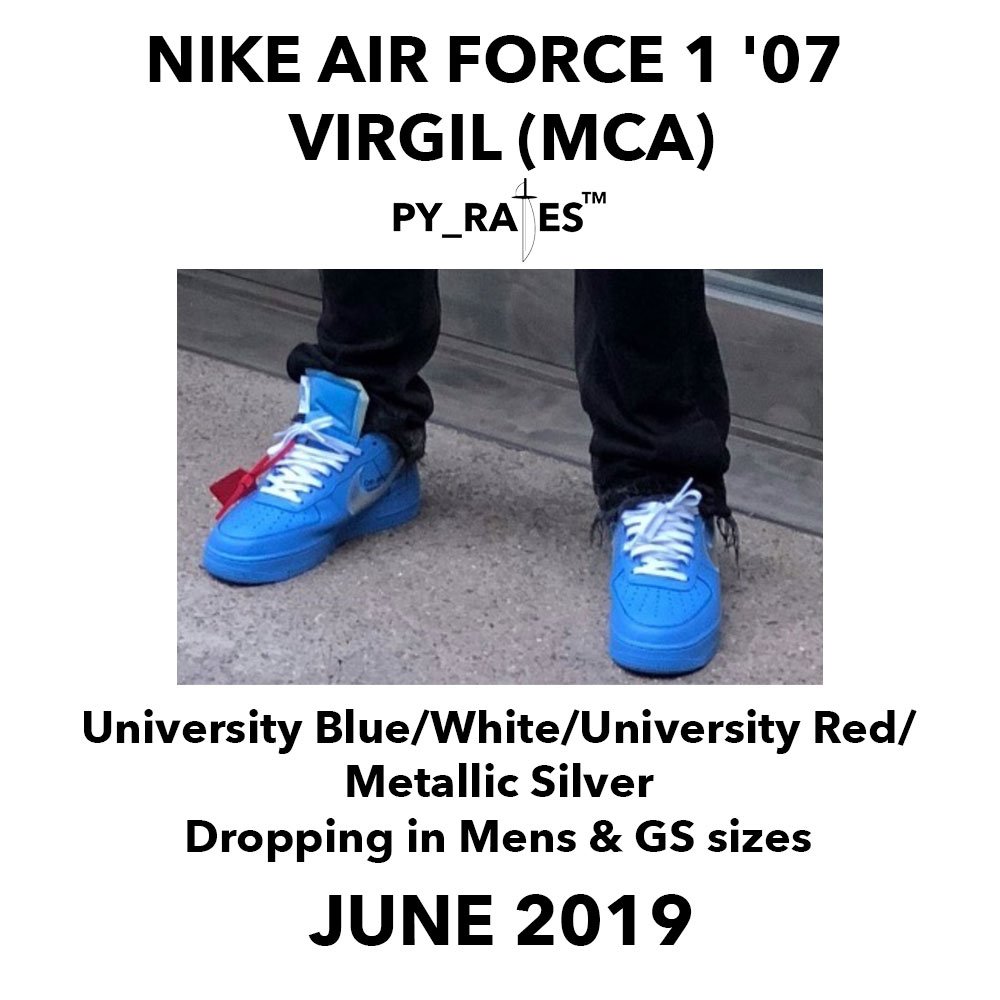 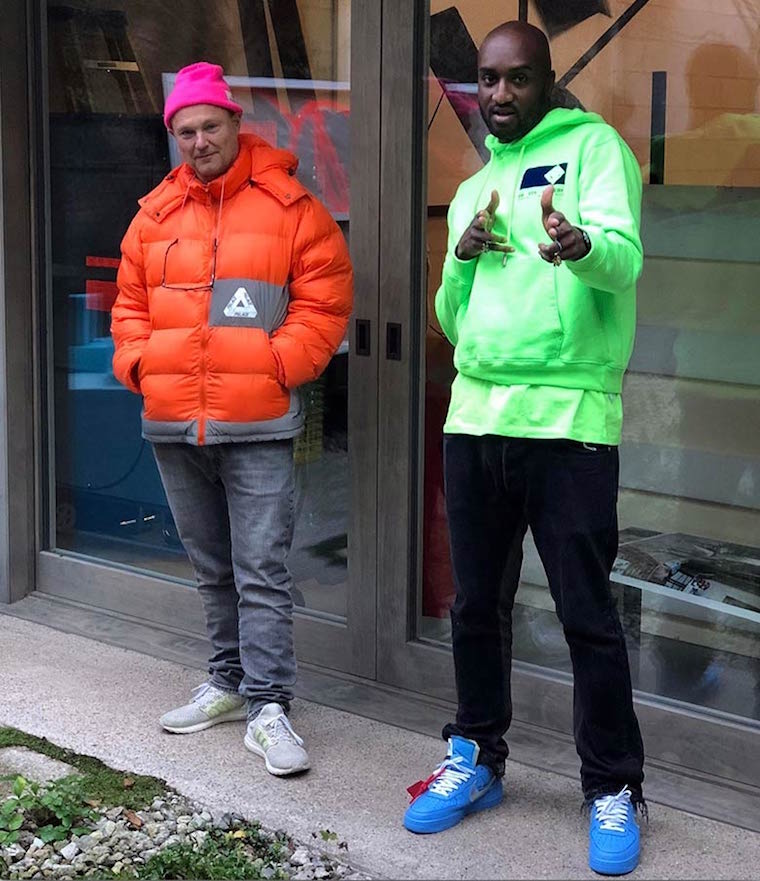 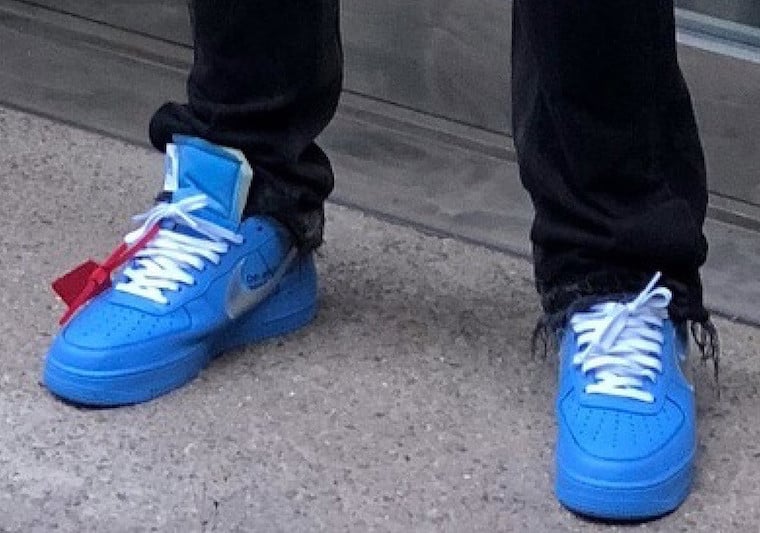