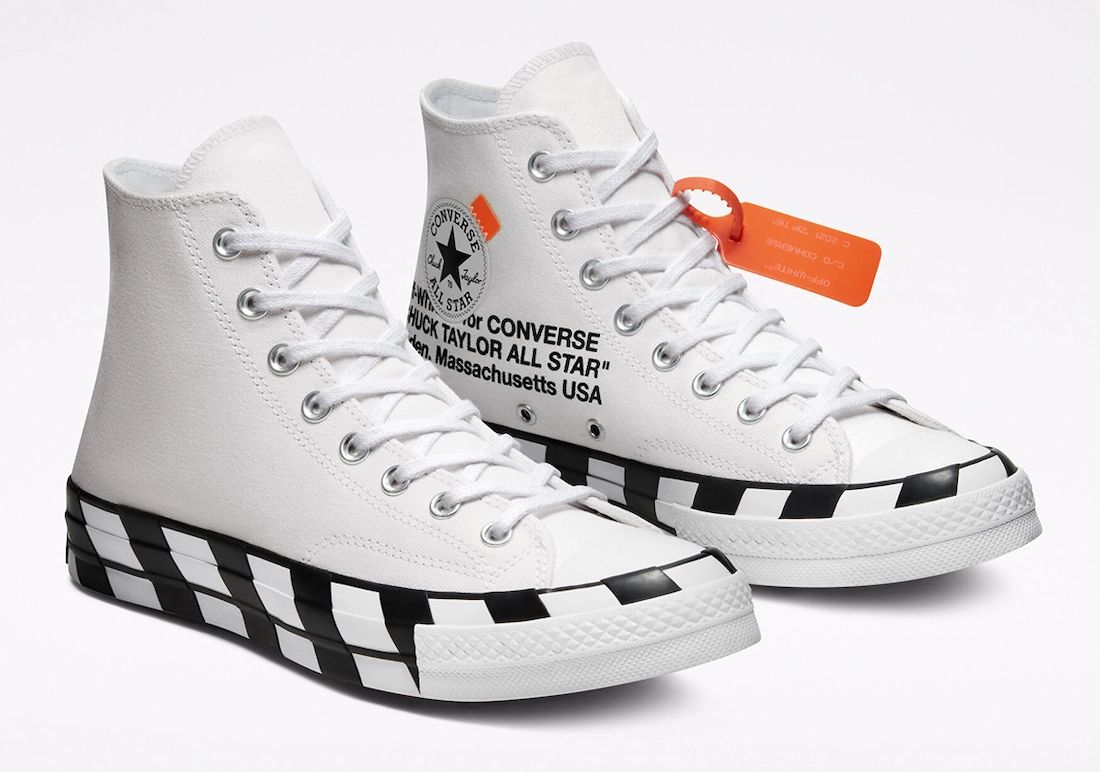 Virgil Abloh will launch a new Off-White x Converse Chuck Taylor that will debut during October.

Recently, we showcased the mismatched Off-White x Converse Chuck Taylor. However, Virgil’s next pair will feature a different look that features stripes.

This Converse Chuck Taylor features White canvas across the upper while Off-White’s branding lands on the medial side. Next, we have a striped midsole along with Orange on the rubber outsole. More Orange appears on the logo tab and zip-tie.

You can expect the Off-White x Converse Chuck 70 ‘Stripe’ to release at select retailers on October 8th. The retail price is $130. Continue to scroll below for more images that will give you a closer look. 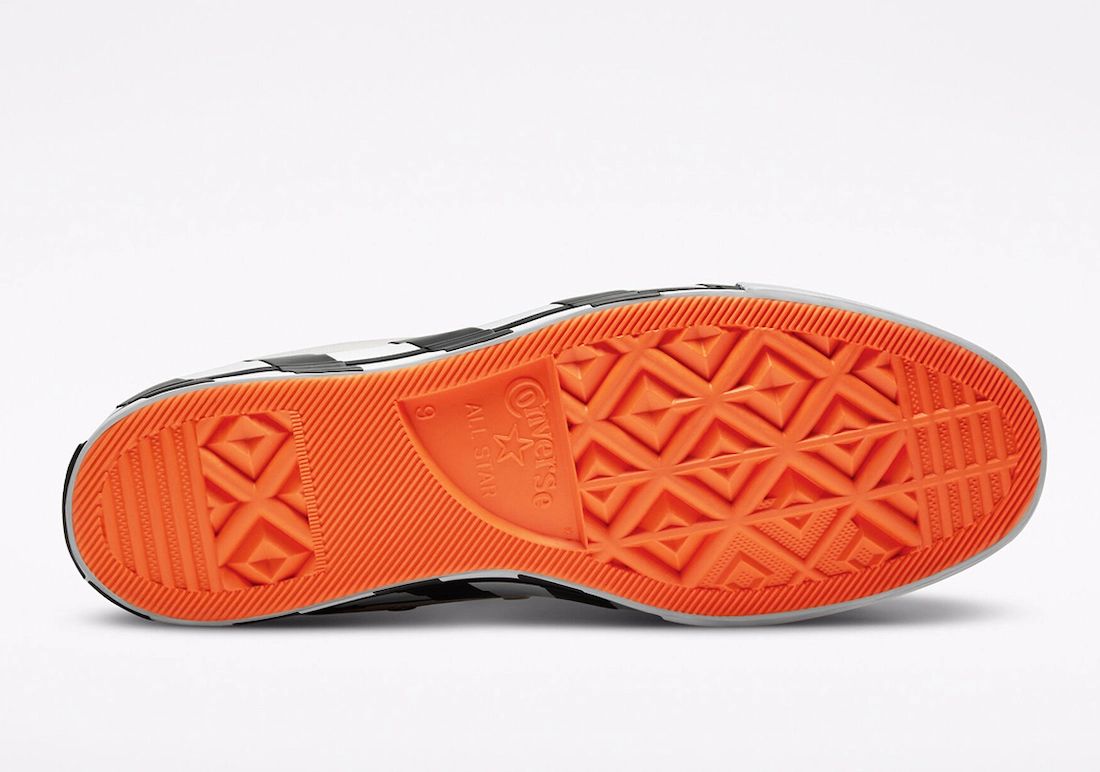 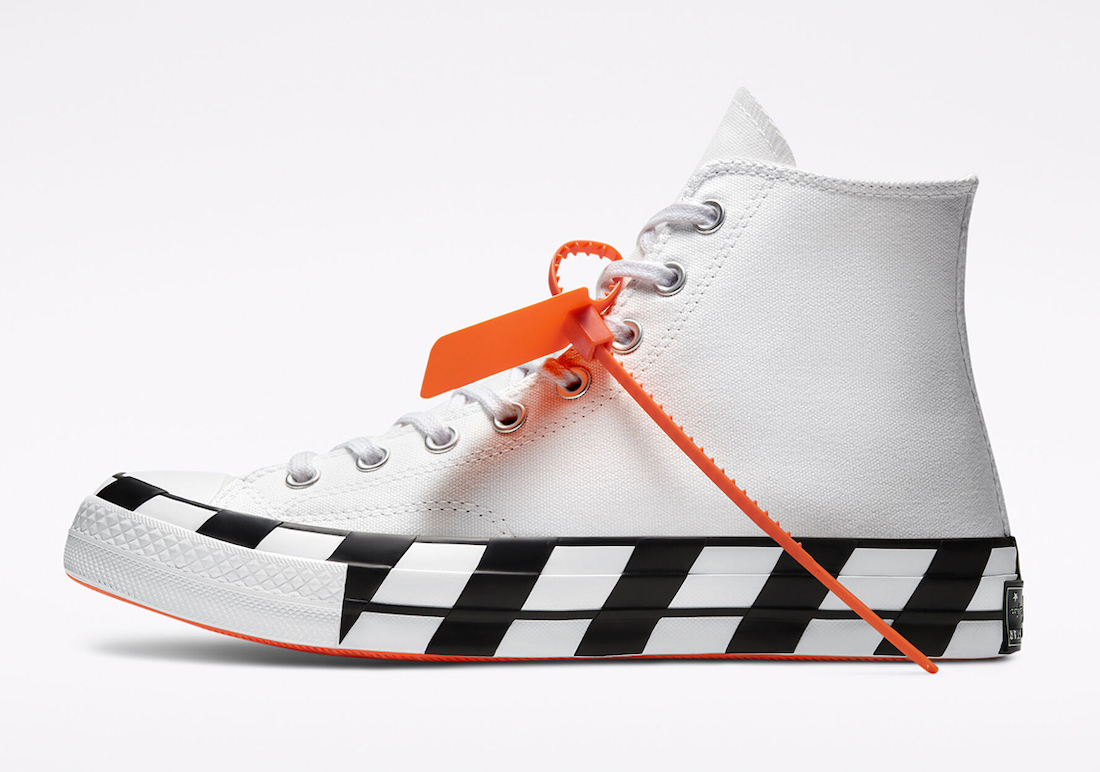 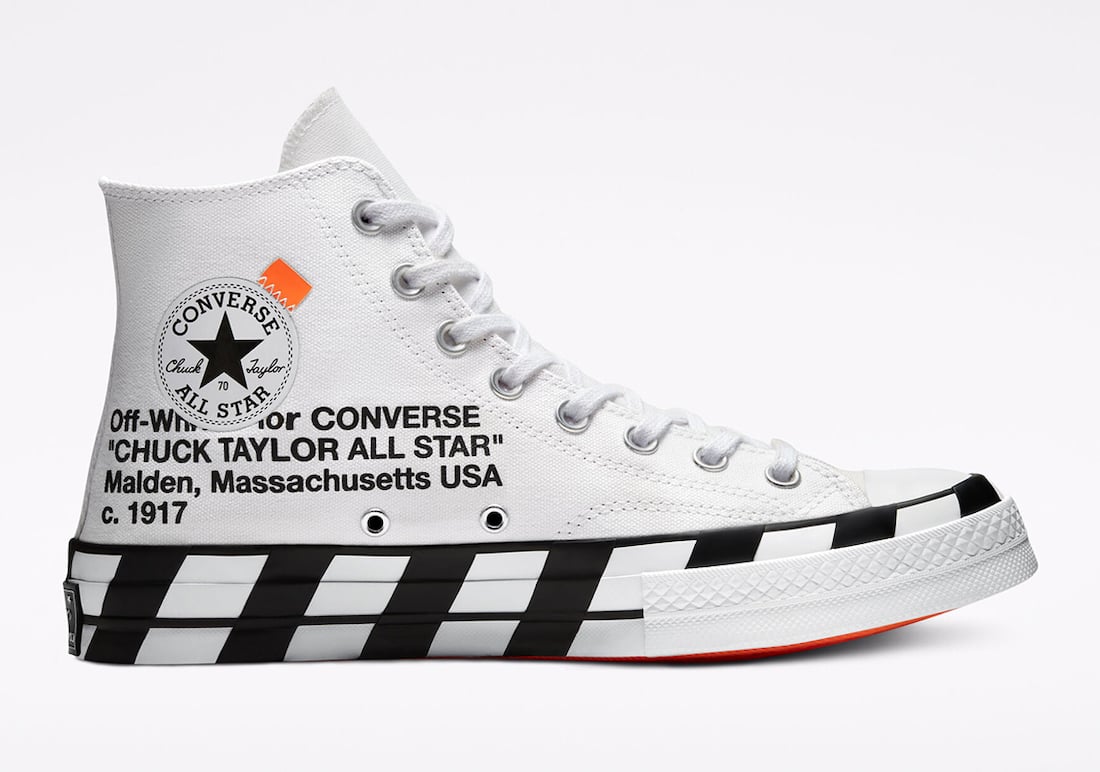 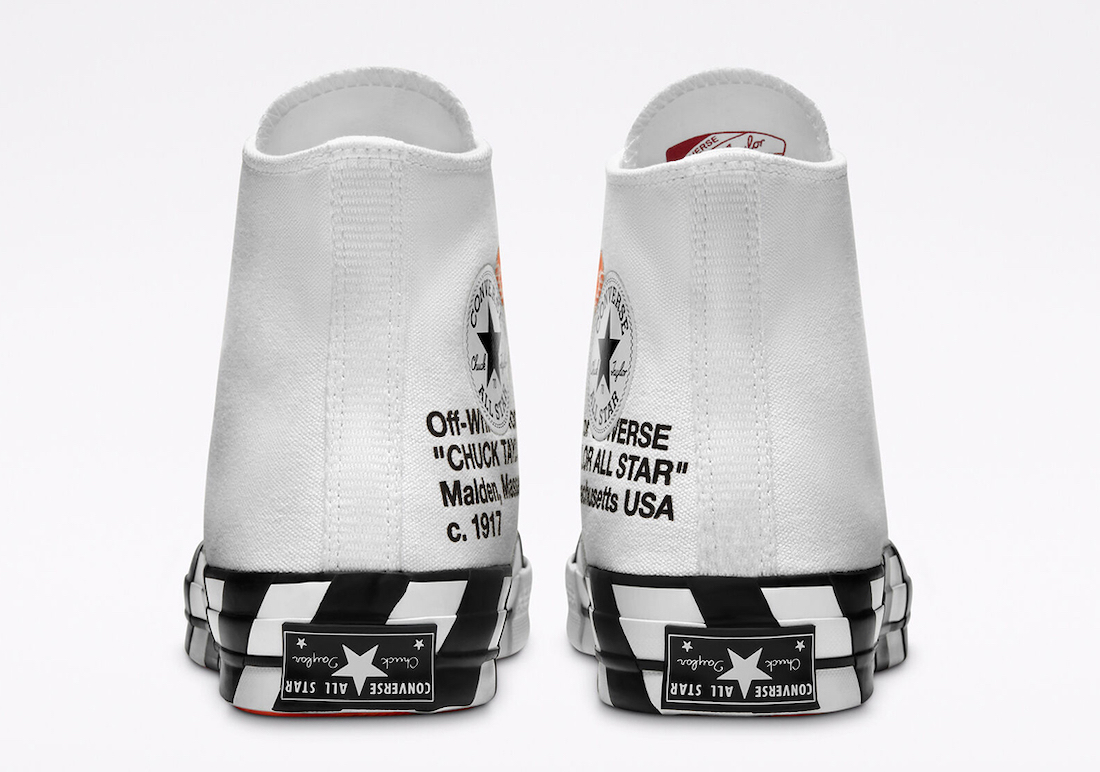